After some regions in the UK saw two months worth of rain in a weekend when Storm Dennis wreaked havoc earlier in February, communities have been dealing with the effects of severe flooding. Those same towns and villages are braced for more potential damage when Storm Jorge hits on Saturday.

Met Office yellow weather warnings for rain came into effect on Friday and will last through until Saturday morning.

The Environment Agency (EA) monitors the flood risk in the UK and has issued 67 flood warnings, meaning immediate action is required in those areas.

Its five-day flood risk for England and Wales says: “New flooding from surface water and rivers is probable from Friday afternoon into Saturday for Wales and parts of the north, south-west and possibly south-east of England, due to further heavy rain.

“This is also possible again on Sunday and Monday in the north of England. 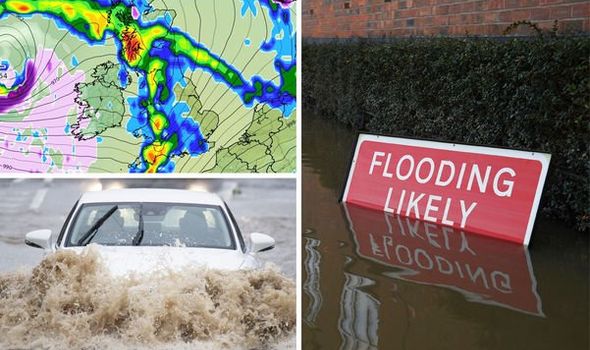 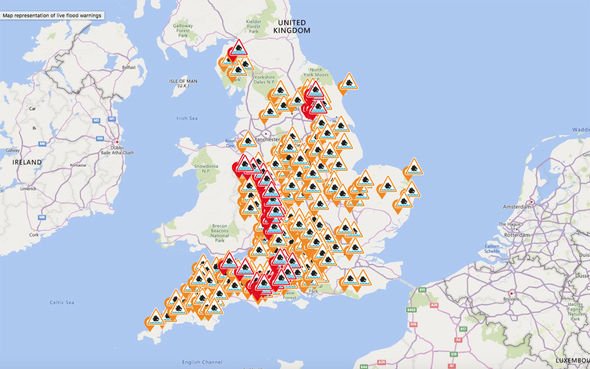 “Land, roads and some properties could flood and there could be travel disruption.

“Flooding from rivers then continues in parts of England and Wales, particularly along other parts of the River Severn and slower responding rivers such as the Rivers Ouse, Aire, Trent and Wye.

“Local groundwater flooding is expected to be ongoing over parts of the south of England for at least the next five days.

“Local coastal flooding impacts are also possible for parts of the south coasts of England and Wales on Saturday and Sunday due to gales and large waves.” 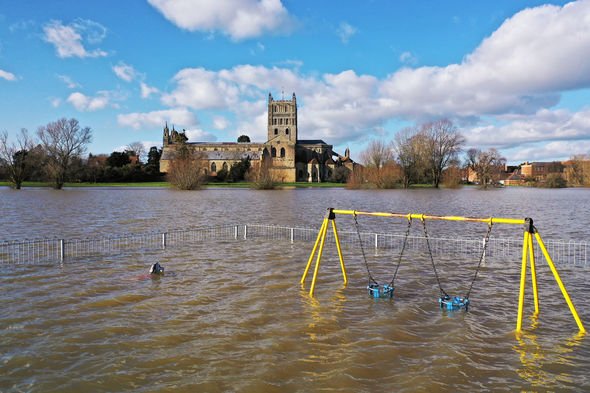 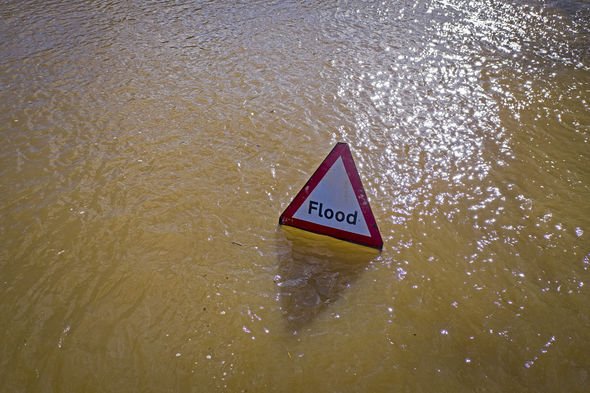 There are no danger to life severe flood warnings in effect though there are 178 flood alerts, where flooding is deemed “possible” by the EA. These can be monitored on the EA’s website.

Natural Resources Wales does the same work the EA does in England.

The NRW’s flood-risk forecast states: “Flooding from rivers and surface water is possible in Wales today (Friday) and tomorrow, where properties may flood and there may be travel disruption.”

Storm Jorge is expected to cause four inches of rainfall in areas already affected by severe floods.

Rain will be heaviest in parts of Wales and northern England on Friday night and the Met Office has issued yellow weather warnings for those areas.

There are wind warnings in place for Northern Ireland, Wales, southern Scotland and most of England.

The Met Office said: “Heavy rain over south Wales on Friday and overnight into Saturday may lead to further disruption for recently flood-hit communities.” 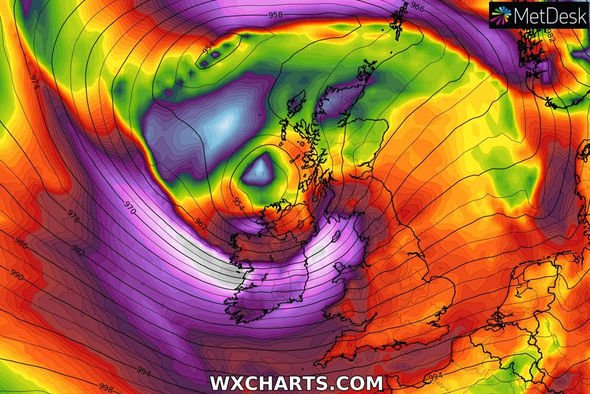 For Northern Ireland, the Met Office said: “Several bands of rain will move eastwards during Friday and Saturday morning.

“This rain falling onto saturated ground may lead to some local flooding.

In south-west England, the heaviest rainfall is forecast on Friday night.

The Met Office has also warned that rain on already saturated ground there could lead to flooding and travel disruptions.