Storm Dennis slammed into the UK over the weekend, bringing hurricane-force winds and widespread flooding. Now though the storm has slowly churned off the British Isles, a trail of devastation has been left in its wake, with heavy rains still sweeping in.

There are six severe flood warnings in place on Wednesday, meaning the flooding could be severe and presents a “danger to life”. according to the Government’s Environment Agency (EA).

These are present at the River Lugg, the River Wye, and are most widespread along the River Severn.

In addition to these warnings, 142 flood warnings which state “immediate action required” are in place across the nation.

A further 170 flood alerts with the warning “flooding is possible – be prepared” have been issued.

Keep an eye on the latest flood warnings HERE. 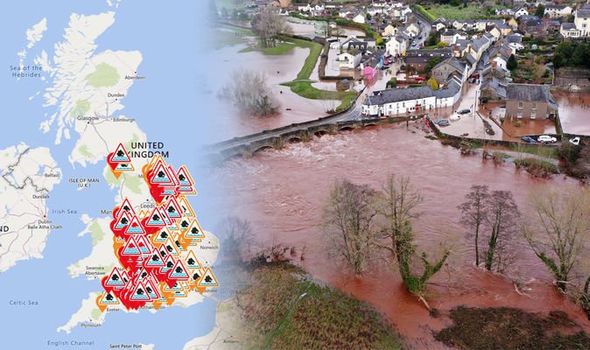 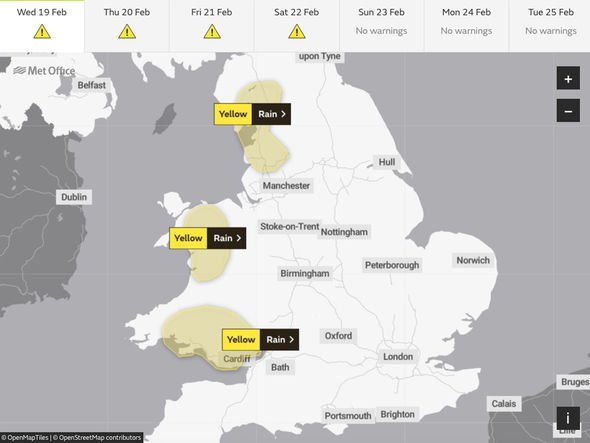 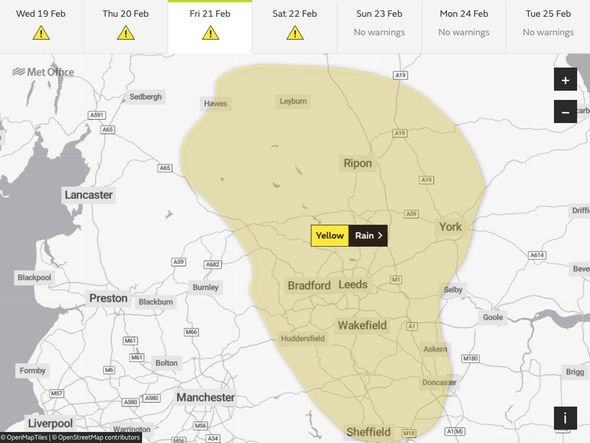 Two yellow warnings for rain are in place on Wednesday into Thursday.

These warnings, which you can see on the map below, are likely to bring further danger to already flooded regions in Wales and northwest England.

The Met Office said: “Rain likely to be heavy, especially over high ground, during Wednesday and Thursday which may lead to some flooding and travel disruption.” 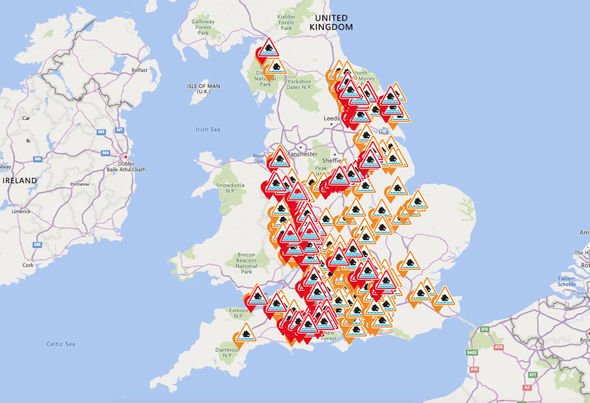 On Friday into Saturday, a further yellow rain warning is in place for Yorkshire.

The Met Office said: “Persistent rain, heavy over hills, may lead to flooding and travel disruption during Friday and Friday night.”

Any additional rain could pose a threat to areas already affected by Storm Denis.

Among the worst affected areas are south Wales, Herefordshire, Worcestershire and Shropshire, where major incidents have been declared.

The River Wye at Monmouth, in Wales, has reached its highest-ever recorded level.

Currently, the greatest worry seems to be for homes along the River Severn in Shropshire.

Scores of people have been evacuated amid fears that flood barriers could be breached in the coming hours. 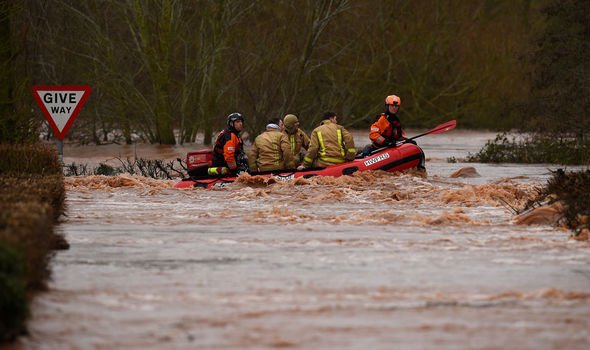 Houses and a pub near Ironbridge have been submerged by rising waters and the pressure has cracked road surfaces.

West Mercia Police said an estimated 384 properties have been “significantly impacted” by flooding in Herefordshire, Worcestershire and Shropshire.

Water levels are expected to rise in Bewdley, Worcestershire, and there are concerns it could flow around one of the local flood barriers at Beales Corner.

The Welsh government has put aside between £5m and £10m to help those residents affected.