Storm Dennis hit the UK on Saturday, wreaking havoc across both weekend days with fierce winds and torrential downpours. Despite much of the storm now passing, Met Office wind warnings remain in place as do “danger to life” flood warnings.

The second storm in just a week hit the UK on Saturday and brought days of heavy rain and dangerous winds.

Record-breaking numbers of flood alerts are now in place in the wake of the storm, after more than a months worth of rain fell in some areas.

The Met Office recorded a total of 6.14 inches (156.2mm) of rain at Cray Reservoir in Powys in the 48 hours from Friday to Sunday morning.

According to the Met Office, the average monthly rainfall for February in Wales is 4.37 inches (111.1mm). 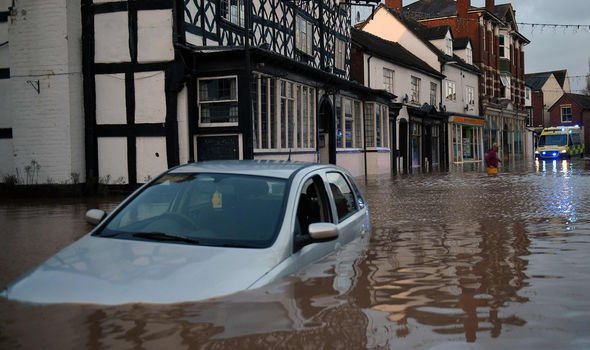 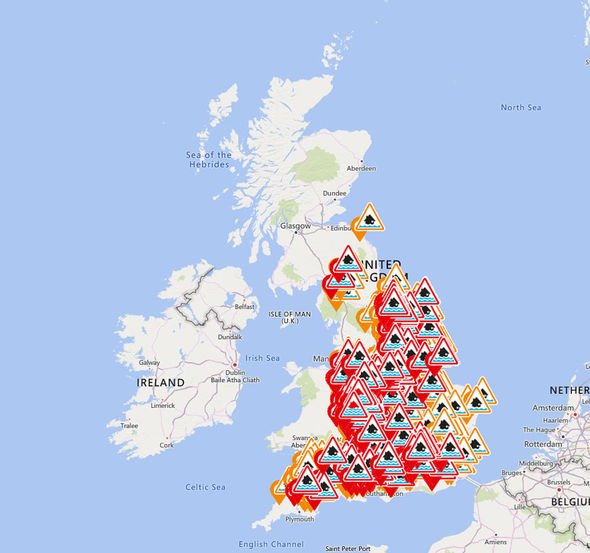 Major incidents were declared due to flooding in South Wales as well as in Worcestershire and Herefordshire.

At the time of writing, the Environment Agency (EA) had issued a total of 515 flood warnings, with five of these classed as severe.

Severe flood warnings are issued when there is severe flooding with danger to life. 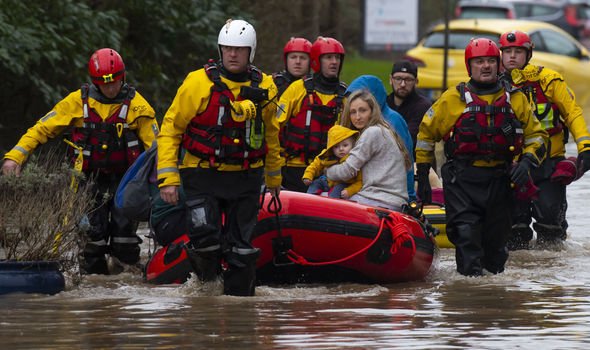 The areas under a severe flood warning are:

Residents in Herefordshire are now being evacuated from their homes and businesses ahead of the River Wye’s expected peak.

Government sources warned residents river levels are forecast to rise even further as a result of the persistent heavy rainfall.

More flooding of property, farmland and roads is expected as the river’s current record now stands at 5.02 metres, beating the October 1998 record of 4.95 metres.

An emergency centre has been set up at Hereford Leisure Centre. 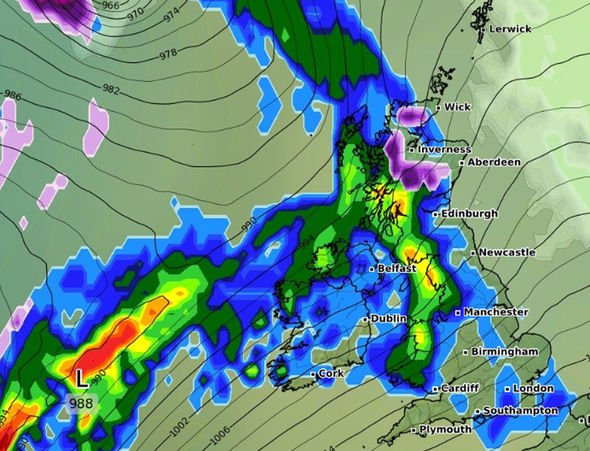 On Monday, the Government said it had activated the Bellwin scheme to provide financial assistance to storm-hit areas.

Under the scheme, local authorities dealing with the storm’s impact can apply to have 100 percent of eligible costs above a threshold reimbursed by the Government.

Pictures and videos posted online showed flooded streets in Tenbury Wells in Worcestershire, with one woman whose family had sent her pictures from the area describing it as “scary”.

An emergency relief centre has been opened in Tenbury High Ormiston Academy for people affected by flooding.

The EA said river levels at Tenbury peaked at nearly 20ft (6m) on Sunday evening and warned more rain is expected throughout Monday.

Meanwhile, the EA said water levels on the River Ouse in York are set to peak on Tuesday afternoon but at levels below those seen during the widespread flooding in the city in 2015 and 2000.

Elsewhere, the Scottish Borders Council said the village of Newcastleton had experienced the worst flooding in recent times.

The council said: “Three sections of rivers in the Borders reached the highest levels ever on Sepa’s (Scottish Environment Protection Agency) records – these were Hawick’s Slitrig Water, the Jed Water at Chesters, and the Liddel Water at Newcastleton.”