LONDON (Reuters) – The British government bowed to public pressure over its school exam grading system, ditching an algorithm that downgraded the results awarded to students in England after their actual tests were cancelled due to COVID-19. 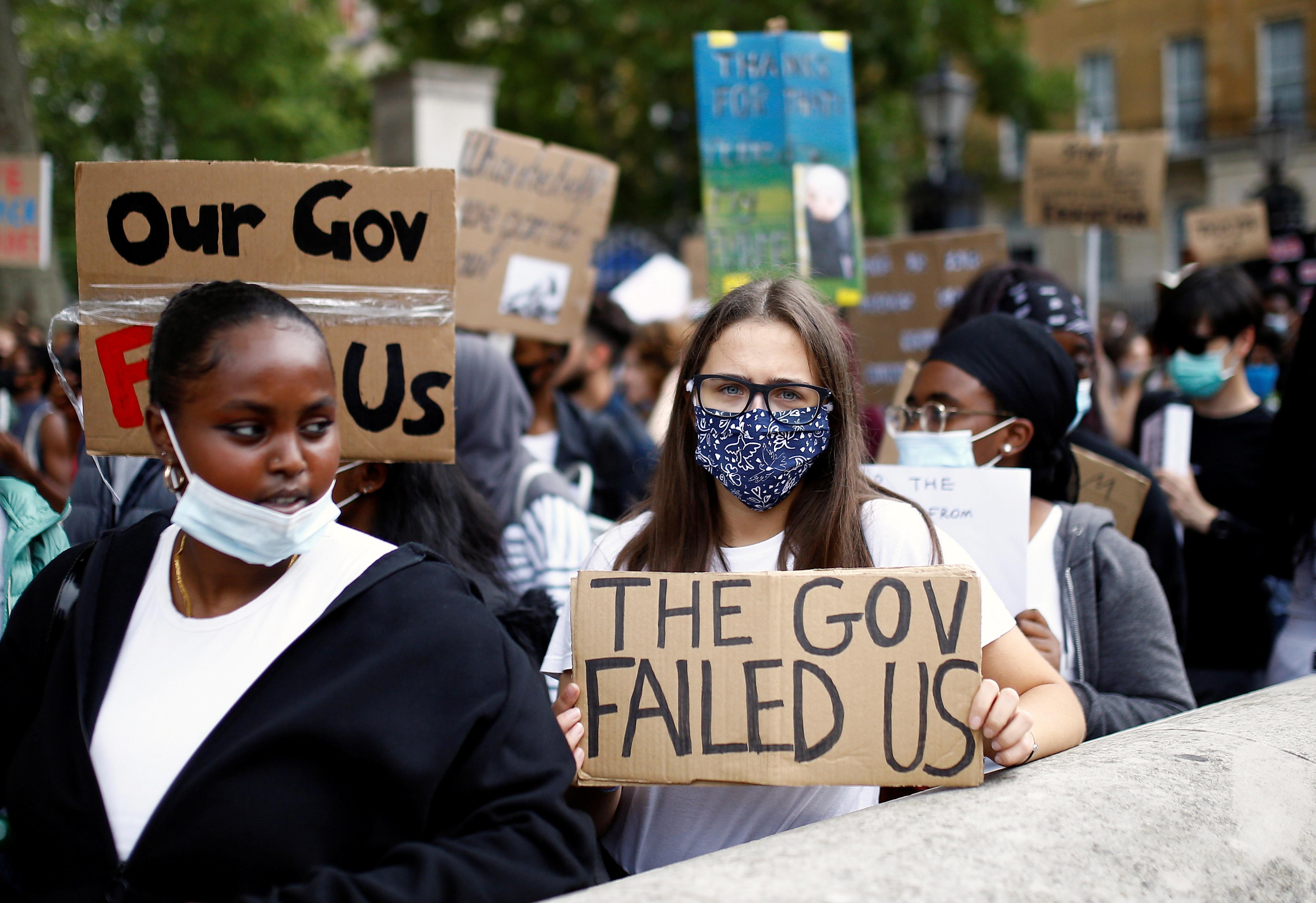 The government had faced days of criticism after the algorithm used to assess grade predictions made by teachers lowered those grades for almost 40% of students taking their main school-leaving exams.

Students will now be awarded the grade that their teachers had predicted for them based on past performance, Conservative Prime Minister Boris Johnson’s government said on Monday.

“I am sorry for the distress this has caused young people and their parents, but hope this announcement will now provide the certainty and reassurance they deserve,” Education Secretary Gavin Williamson said.

He had promised last week there would be no U-turns on the results generated by the algorithm.

The chaotic handling of the grades has been felt as far afield as Egypt and Pakistan as some schools there rely on British assessments to secure internationally recognised qualifications.

The algorithm will also be dropped for results for separate exams taken by mostly by 15- and 16-year old students which are due to be announced on Thursday.

The dispute has damaged Johnson’s core message to voters since he was elected in December – that he wanted to get rid of barriers to achievement and help those from poorer backgrounds and areas achieve their potential.

It marks a fresh embarrassment for a government which has changed course after criticism several times since taking office – including after a campaign led by soccer star Marcus Rashford on providing meals vouchers to school children.

Anecdotal evidence from students shows some missed out on university places after they were downgraded several levels by the regulator’s initial model.

It is unclear how universities will handle the unprecedented revision of grades, with many places already reallocated.

The central British government’s decision, which applies to England, mirrors those made by devolved governments in Wales and Northern Ireland on Monday, and in Scotland last week.

Analysis of the algorithm showed it had resulted in “manifest injustice”, said Paul Johnson, director of the Institute for Fiscal Studies think-tank, writing for the Times.

He said it favoured students in the smaller classes more commonly found at fee-paying private schools, and, by basing its predictions on past performance, made it harder for top pupils at historically poor-performing schools to get the best grades.