This comes after a week of patchy rain across many parts of the UK. However, forecasters have promised sizzling hot weather as warm air moves towards the UK.

Temperatures are set to soar with the south of England reaching highs of 26-29C.

Met Office meteorologist, Greg Dewhurst, said: “We’ve got plenty of sunshine to come over the next 24 hours or so, particularly across England and Wales.”

However, Scotland and Northern Ireland will have some drizzle early on Friday morning as a band of rain pushes southwards.

Mr Dewhurst said Friday will see “blue skies from the word go across central and eastern parts of England.” 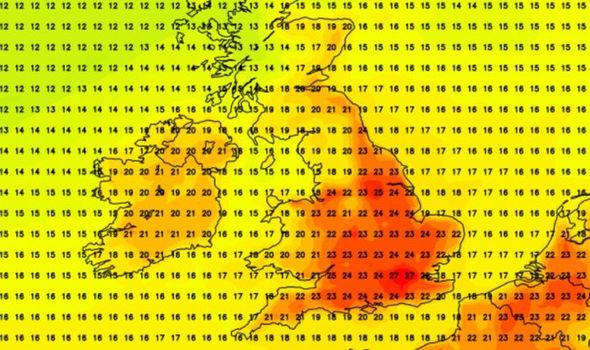 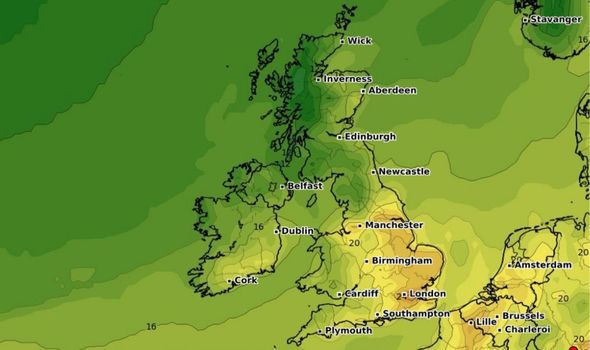 The latest hot weather maps from Netweather show temperatures will continue to soar in July, reaching a sweltering 30C next week in southern regions.

Netweather meteorologist, Paul Michaelwaite, said: “To the south, it’ll be much warmer, with central, southern and eastern England seeing temperatures rise into the mid-high twenties.”

He also warned pollen and UV levels will both be high in the next few days including today. 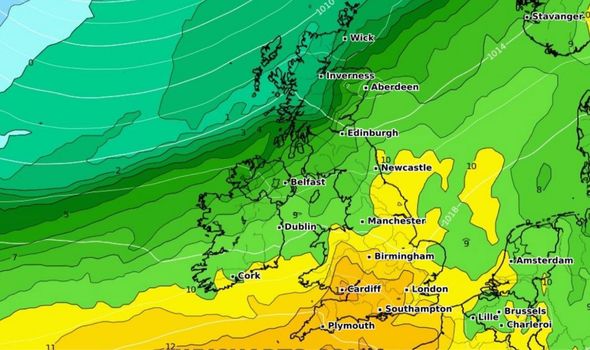 He added: “Something to bear in mind if you’re out and about.”

The Met Office have also confirmed pollen levels in most of England will be high.

But Northern Ireland and northern Scotland will be relieved to enjoy lower levels of pollen on Friday.

Mr Dewhurst said temperatures on Friday will reach mid to high twenties in the south of England. 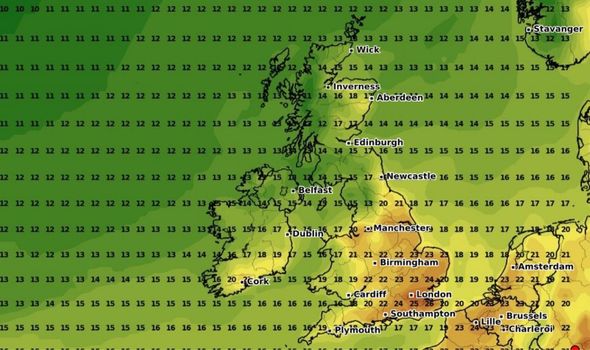 He said: “A hot day to come as temperatures reach the mid to high twenties, 28 possibly 29C towards the southeast, fresher further north and west.”

But by Friday evening patches of rain will return creating a milder night.

Mr Dewhurst said: “Through Friday evening a band of rain slowly pushes southwards a bit further into parts of Wales, perhaps fringing the midlands at times.

“The south and the south east generally stay dry overnight with some clear skies. 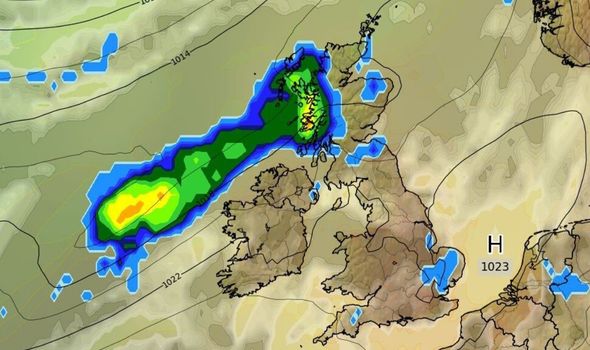 The weekend will remain fairly warm but the sizzling Friday heatwave will calm down.

Mr Michaelwaite said: “The southeast corner will keep the very warm air, and sunny spells, although the cloud will encroach from the northwest through the day.

“Temperatures will again rise into the mid-twenties here.

“The air will be fresher and cooler to the north of the band of rain and cloud through, with maxes into the teens.

“There’ll be sunny spells to be had though, with scattering showers moving in from the northwest.”