Low pressure systems from the Atlantic are predicted to blast powerful gusts reaching up to 70mph in western regions on Wednesday and Thursday this week, according to the Met Office. The latest storm models from WXCHARTS on Wednesday, March 10, also show winds sweeping down the UK from a northwesterly direction. Temperatures could plunge later in the week to bitter sub-zero lows of -2C in Scotland by Friday, potentially bringing snow in northern regions.

Carlisle and the Lake District in the northwest of England could also see low temperatures of 0C on the same day, according to WXCHARTS.

Further south, London and Kent are expected to see thermometers fall to 3C this week.

Brian Gaze, forecaster at Weather Outlook, warned of snow falling on higher ground in the UK this week.

He said: “Through the next few days it turns unsettled in all of the UK. 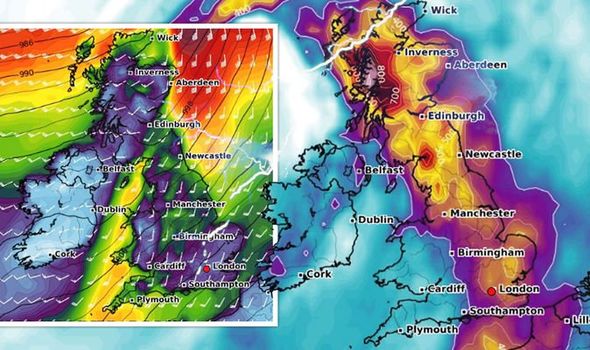 “There is the potential for severe gales during Wednesday and Thursday.

“Later in the week a chilly westerly flow develops and sleet or snow could fall to low levels in the north.

“Tomorrow outbreaks of rain turn heavier in the northwest during the afternoon.

“Areas to the south and east remain mainly dry. The brightest conditions will be in East Anglia and the southeast. Winds strengthen in the west and it stays quite mild. 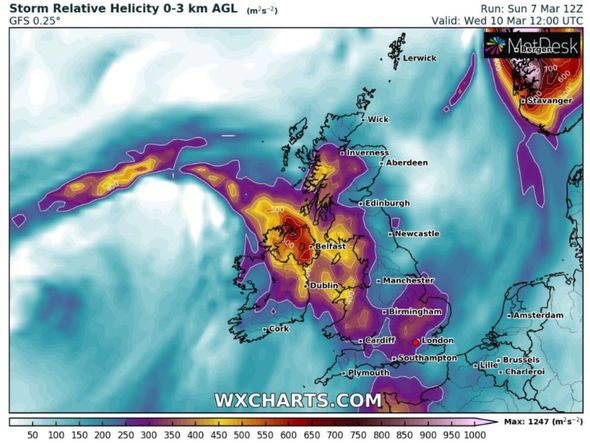 “Wednesday and Thursday are looking very unsettled. All of the UK is likely to see showers or longer spells of rain and there is the potential for severe gales over large areas.

“Temperatures won’t be far off the average and it is likely to be cold enough for sleet or snow over high ground in Scotland.

“The rest of the week is looking unsettled with bands of rain pushing across all regions.

“Further sleet or snow is likely over high ground in the northern half of the UK and possibly at low levels in Scotland. 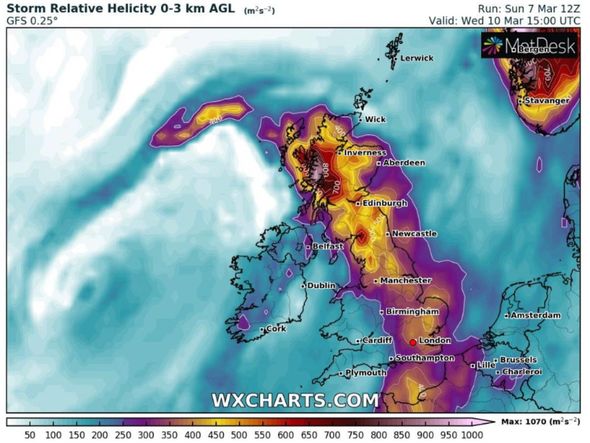 “Temperatures generally stay a little below the average and nighttime frosts are possible.”

BBC Weather’s long-range forecast between Sunday, March 6 and Sunday, March 16, warned of low pressure systems from the Atlantic sweeping in by the middle of the week.

The forecast said: “We will see the weather pattern change as high pressure declines over Northwest Europe.

“This will shift away to the west in the Atlantic allowing low pressure systems to move in by Tuesday. 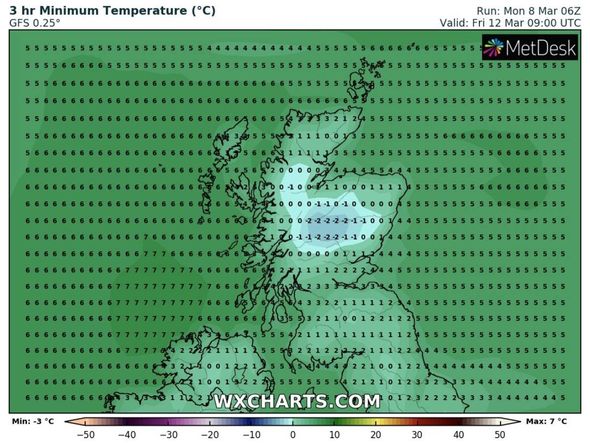 “This will create a stormy weather by the middle of the week.

“We may see a pair of low pressure systems between Tuesday and Thursday that will bring some heavy rain and potentially strong winds for some.

“There is still uncertainty on exactly where the strong winds will end up.

“However, confidence is high for a very wet few days at least.” 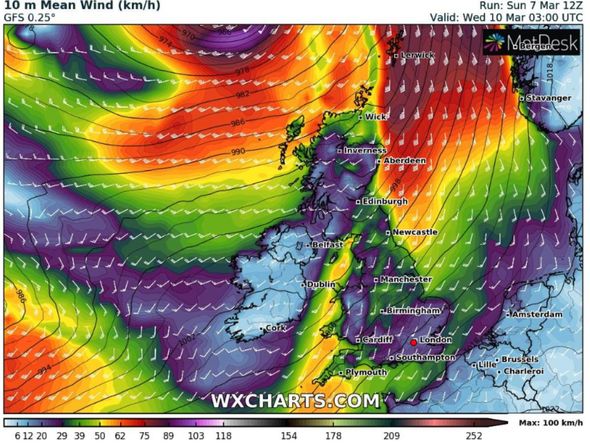 The forecast added northern regions could see the “coldest weather” as temperatures drop following the storms.

It said: “Towards the end of the week and following weekend, low pressure will linger nearby or overhead, keeping things unsettled and breezy.

“However, it will be less wet and windy than the stormy middle of the week.

“The jet stream, a ribbon of fast-moving air in the upper atmosphere that directs weather fronts, will tend to be nearby or just to the south. 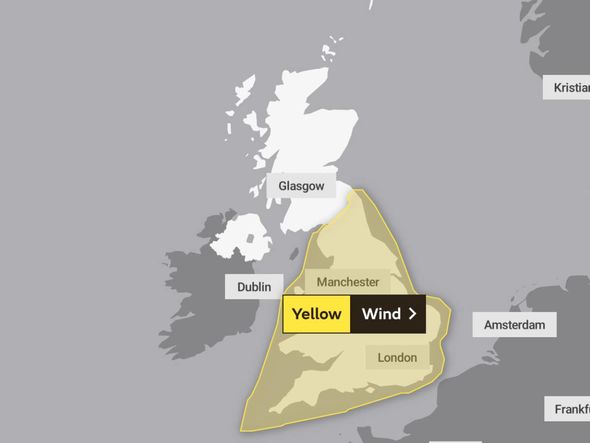 “That means temperatures will be near or a bit below average, with the coldest weather in northern areas.”

The Met Office also issued yellow warnings for wind across the whole of England between Wednesday and Thursday this week.

There is also another yellow warning for wind in Portree and Stornoway, in northwestern Scotland on Tuesday.

The Met Office said: “Strong and gusty winds are likely to develop on Wednesday evening and continue into Thursday across England and Wales.

“Gusts of 50-55 mph are possible inland, especially close to showers. 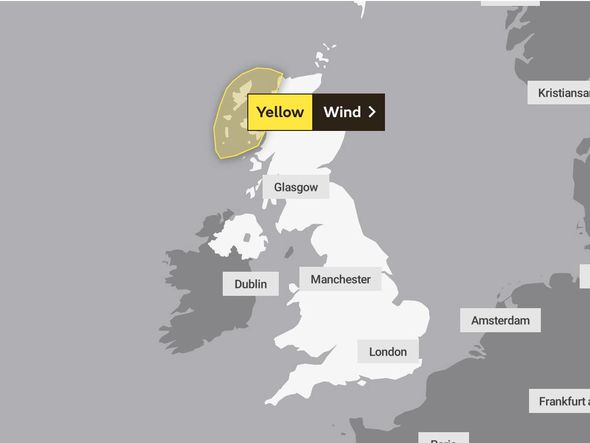 “Gusts may reach 60-70 mph on coasts and hills, especially in the west, before gradually easing on Thursday afternoon.”

Gavin Partridge, owner of GavsWeatherVids, predicted colder air from the north turning the rain into snow by the end of the week.

He said: “The next few days will see a switch from high pressure to low pressure with an increasing risk of cloud, wind and rain.

“The middle part of the week could turn stormy with severe gales for parts of England and Wales.

“The second half of the week looks cold and showery with a risk of wintry showers in the north.”