Forecasts suggest the UK could see temperatures exceed 20C in much of the south of England. According to WXCHARTS, parts of Kent, Essex and London will see the warmest temperatures on Wednesday afternoon at 24C.

However, at the same time, mercury might hover around 15C in parts of Scotland and the north of England.

Rain is also forecast for parts of Scotland. 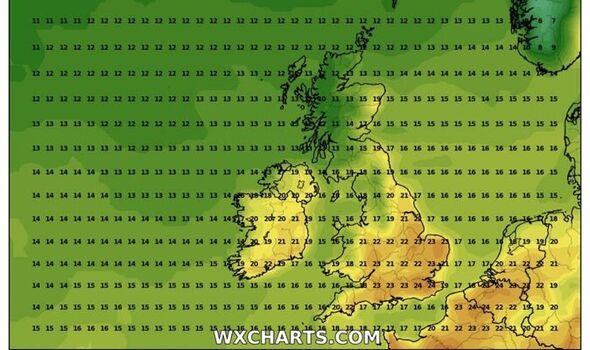 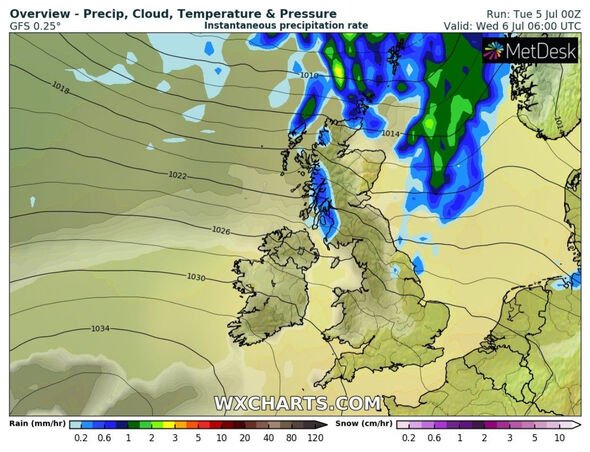 However, most of the UK is not expected to experience wet conditions.

Much of the UK will instead bask in sunshine as Brits countdown to the summer holidays.

Friday will bring particularly warm temperatures to much of the UK.

Temperatures in the south east will again be the highest, at around 27C. 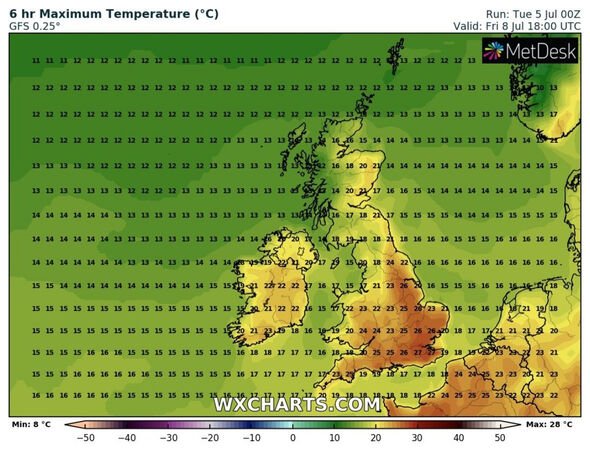 However, warm temperatures will stretch across much of England and Wales.

Some Scots, particularly in the north east near Aberdeen, could see temperatures hit 20C.

However, scattered showers could also affect Brits in coastal communities north of the border.

The Met Office forecast said: “Most areas dry with warm sunny spells, best of the sunshine in the south. 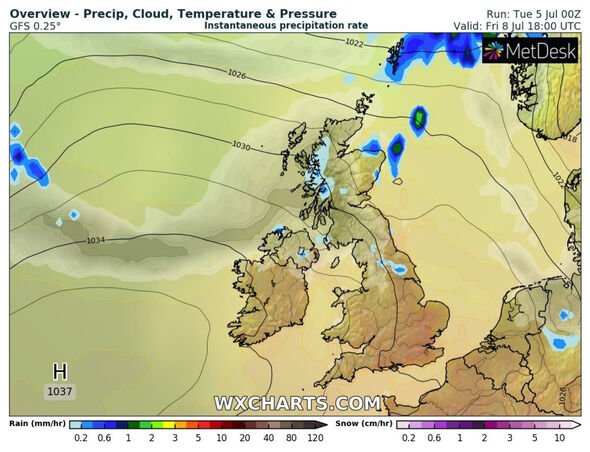 Looking ahead to later this week, the UK’s weather service added: “Often cloudy and rather cool in the northwest with rain at times, persistent across western Scotland.

“Dry and warm elsewhere with variable cloud and some sunshine.”