UK drought: Experts warn of 'flash flooding' with next rainfall

England’s Environment Agency, the Scottish Environment Protection Agency and Natural Resources Wales revealed a total of 33 flood alerts are in force across Great Britain. England’s 12 flood alerts stretch from North Devon to Essex and North Norfolk to the Wyre Estuary.

However, there is also a flood alert along the tidal Thames riverside from Putney Bridge to Teddington Weir.

Scotland’s 16 alerts also cover much of the nation.

They stretch from Aberdeenshire to Angus and Skye to the Scottish Borders.

According to the Scottish Environment Protection Agency, the warning issued in Edinburgh and Lothians notes the impact made by thundery showers. 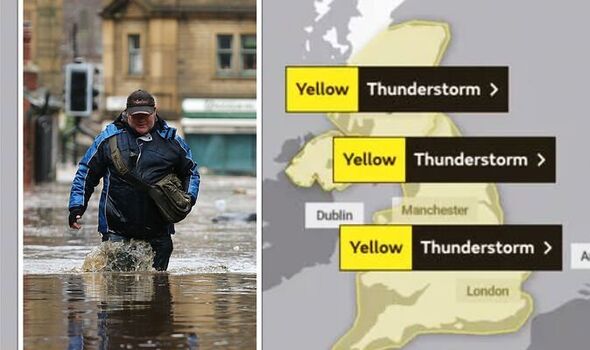 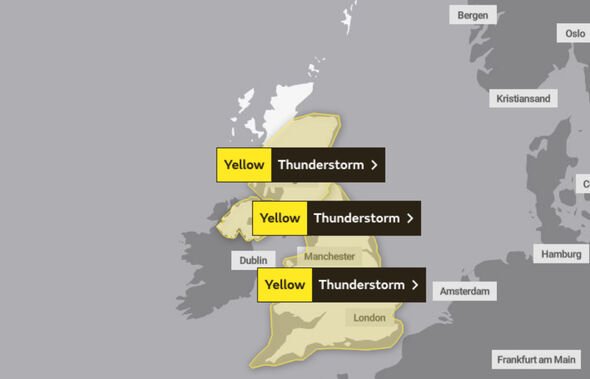 The alert said: “Heavy thundery showers could cause flooding impacts from surface water and small watercourses during Sunday and overnight into Monday.”

The five flood alerts in Wales tend to stretch along the south Wales coast, including in Monmouthshire and Pembrokeshire.

However, a further warning has been issued along the Ceredigion coast between Clarach and Cardigan.

The flood warnings come as the Met Office has put out yellow thunderstorm alerts for Monday, Tuesday and Wednesday. 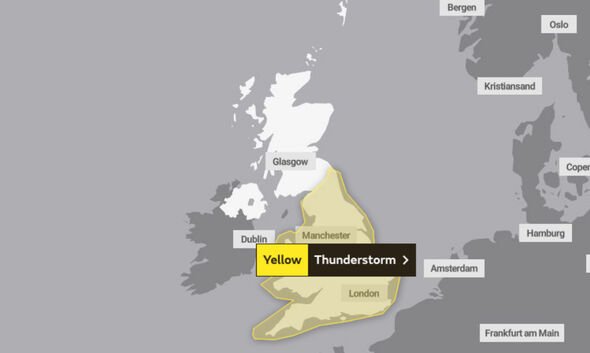 Monday’s warning will impact all corners of the UK, with the northern tip of Scotland the only significant area avoiding the alert.

However, much of Scotland will no longer witness thunderstorms by Tuesday.

Southern England, including London, is forecast to face a yellow thunderstorm warning on Wednesday.

Despite the thunderstorm warning, temperatures in England are still expected to near 30C on Monday. 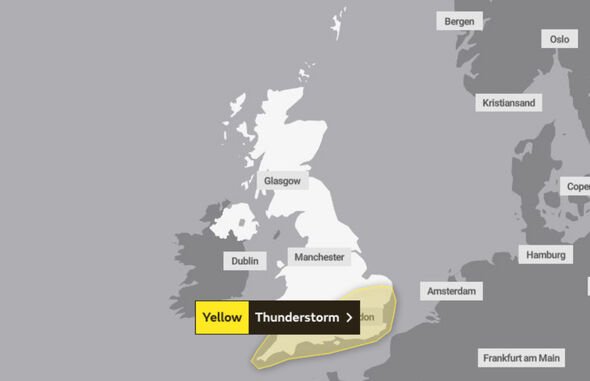 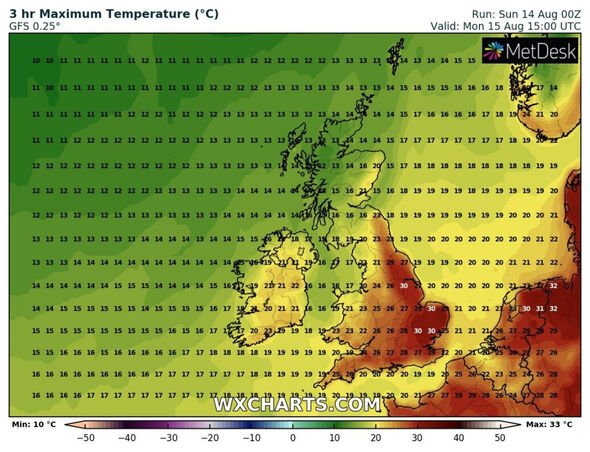 Mercury looks set to fall to closer to 20C on Tuesday and Wednesday, according to WXCHARTS.

The UK’s national weather service issued a forecast for Monday which added: “More unsettled and cloudier, although some sunshine too, particularly across southeastern areas of UK, where it remains hot.

“Showers and thunderstorms turning more widespread by afternoon, though some parts escaping.

“Less hot for many, feeling cool in wetter northern areas.