Low pressure will bring more wintry weather across the UK this week. Forecasters have warned of travel chaos due to dangerous ice and wintry weather. Another Atlantic system will also hit by Friday and linger over the weekend.

Snow charts from WX Charts have forecast 55cm of snow on Thursday in the highlands of Scotland.

There will also be a blanket of a couple of inches further down in Carlisle.

Temperatures in Scotland will also plunge to a bitterly cold -4C.

The rest of the UK will be hit by 0C tomorrow. 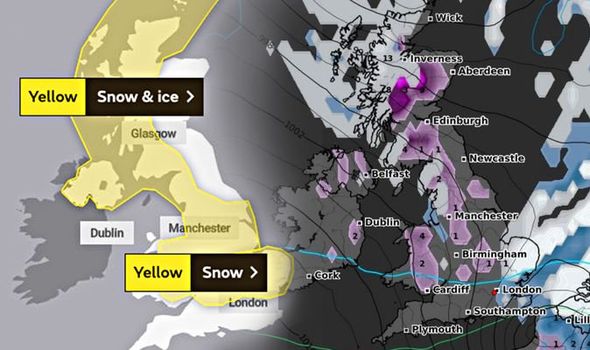 Areas including Liverpool will see lows of -1C.

Jo Farrow at Net Weather said: “It stays cold today, but bright with interruptions from the showers.

“Temperatures will vary from 3 to 8C as the winds back to a westerly. 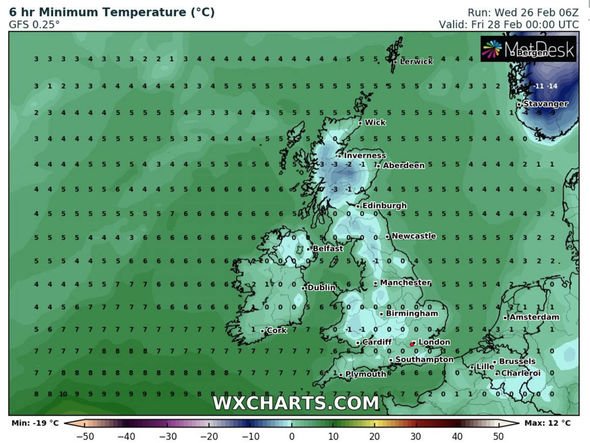 “Temperatures fall this evening particularly for inland Scotland with a frost again.

“Looking ahead there is a low pressure heading towards southern Britain early Thursday which is causing some interest.

“It will come up against the cold night air and so there is the risk of snow, more on that later.

“Then another Atlantic system moves in Friday and sticks around for the weekend.” 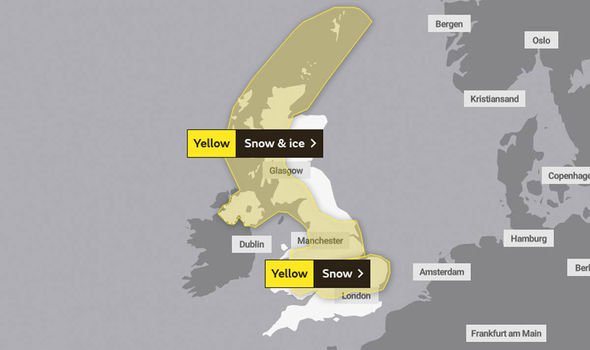 It comes as there is no let-up in sight for flood-hit communities in Shropshire and Worcestershire after heavy rain overnight caused the River Severn to breach emergency defences.

More wet weather is forecast in some of the worst-affected areas, with parts of Wales and the North West of England predicted to see another 0.8in to 1.6in (2cm to 4cm) of rain, according to the Met Office.

Railway lines into Shrewsbury were closed due to the rising water levels close to the viaduct.

Network Rail said: “The exceptionally high-water levels in the Severn and the closure of these lives serve to highlight the extreme weather we’ve experienced across the network over the last few weeks. 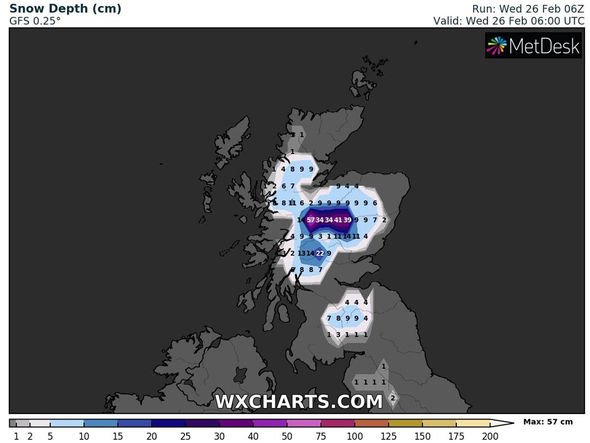 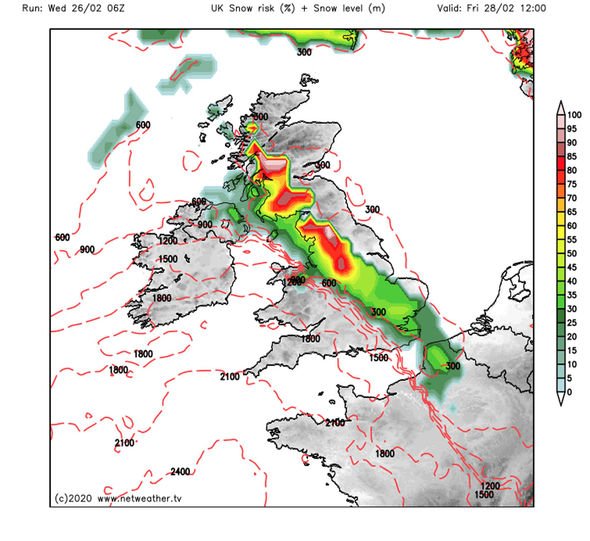 “The current situation in Shrewsbury is very much a once-in-a-generation event.”

It said engineers would be undertaking an underwater inspection of the viaduct’s structure on Wednesday morning before lines can reopen.

Residents in the Worcestershire town of Bewdley were forced to evacuate after the river spilled over barriers at Beales Corner.

In the at-risk town of Ironbridge in Shropshire, the force of the river forced flood defences backwards, although they managed to hold. 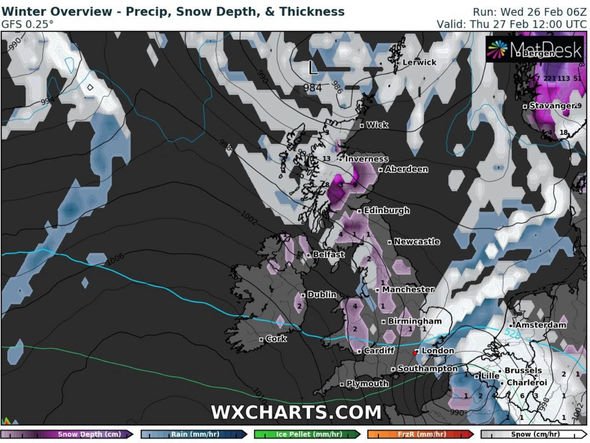 Speaking at Ironbridge on Wednesday morning, Marc Lidderth, EA environment manager, said water levels had dropped by about 0.3in (1cm).

But he added: “The severe flood warning that we have issued here at Ironbridge is still in force, which means there is a significant risk to life, so we need people to remain vigilant and to listen to the advice that’s coming from the emergency services.”

He said that although the barriers had moved, they were still holding water and the over-topping the EA had feared had not happened.

The agency is keeping a close eye on the barriers on the Severn, Mr Lidderth said. He added that drones may be used later today to assess the defences.