This afternoon will be brighter for parts of the south-west and South Wales, and fairly cool in the northwest and west of the country.

In the east and south of England, temperatures will be near average today.

But from Thursday the mercury is forecast to rise, with particularly balmy temperatures expected in the south-east of England.

Met Office spokesperson Nicola Maxey told Express.co.uk the temperature could reach as high as 29C in some isolated areas this week. 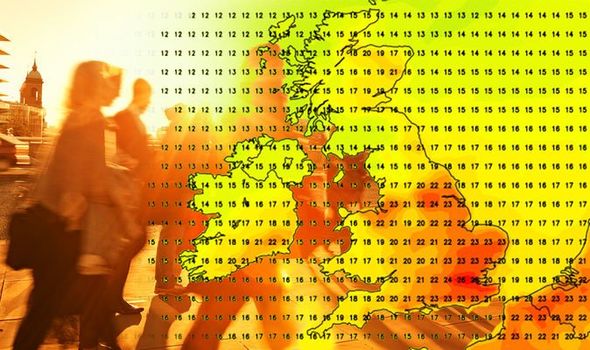 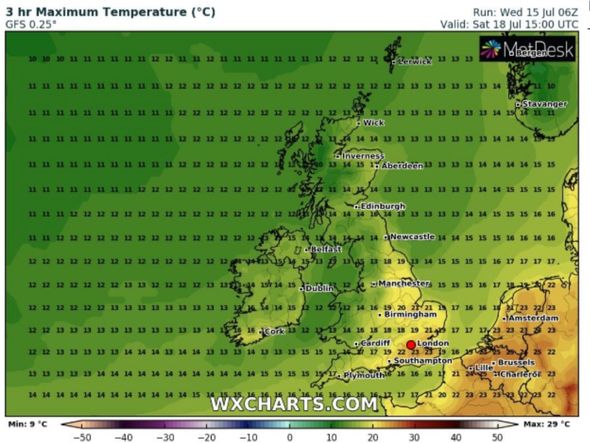 Ms Maxey said: “For tomorrow for the south we could see quite widely 23 to 24C, might see some isolated spots get as high as 27C, but only if you get breaks in the cloud and get some good sunshine.

“On Friday fairly similar, mid to low 20s depending on where you are in the country, but again that south-east corner could see 27 to 28C, maybe even a 29C in isolated spots.

“It’s not that widespread, and you do need a good break in the cloud to get it.

“And fairly similar for the weekend really, getting slightly cooler once that front’s pushed through. 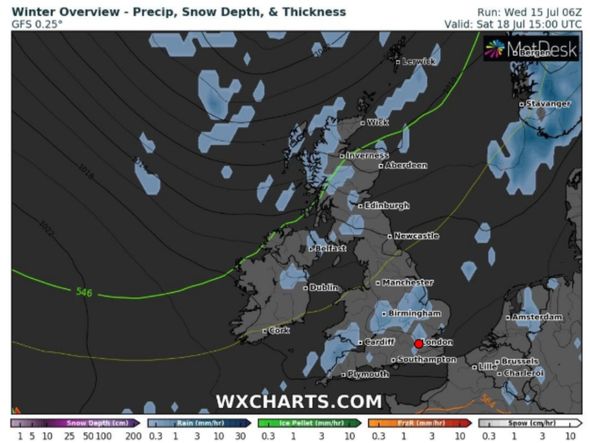 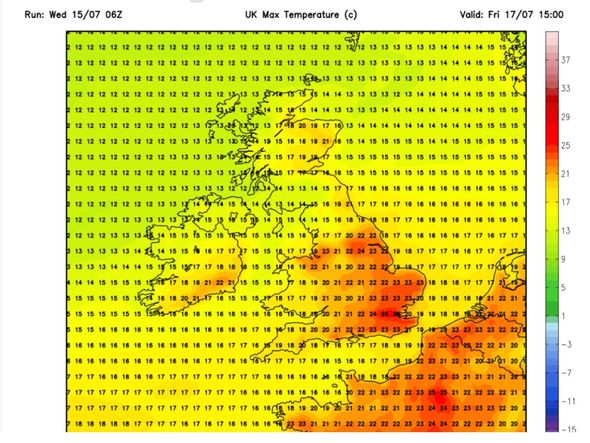 “So presently isolated spots reaching as high as 28C on Saturday in the south-east and maybe 27C on Sunday, so just slowly sort of dipping again.

“But if you were in somewhere like Newcastle on Saturday, you’d probably see 20C with isolated spots seeing 22C.

“So it depends where you are, and where you get the good spells of sunshine you’re likely to see those slightly higher temperatures.”

On Thursday there will be some generally cloudy conditions with rain and drizzle, particularly in west and along the coasts of North Wales and northwards.

However, it’s going to feel warmer in the sunnier areas on Thursday, mainly in the south and the east but also east Scotland as well, when there are breaks in the clouds.

Friday is forecast to be a much better day for many, with dry, bright sunny spells appearing in England and Wales with not as much cloud as the day before.

On Saturday there will be some clouds around and some rain moving into central areas, as a cool spell pushes southwards.

It will be largely dry ahead of that spell in the south-east on Saturday, and fresher and breezier behind that front. 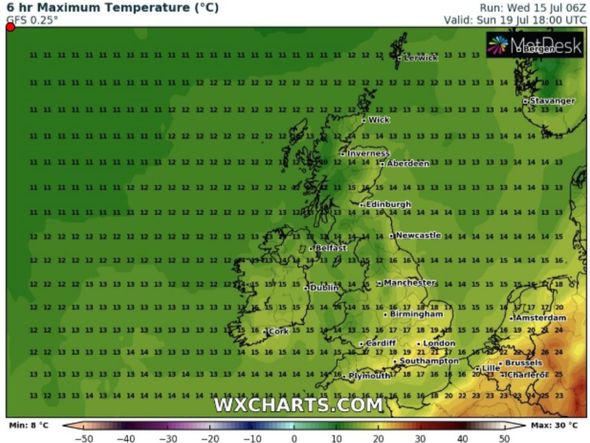 There will also be some showers in Scotland and Northern Ireland on Saturday.

On Sunday the weather front will push out the south-east corner, prompting some cloud and outbreaks of rain in the far-south, southeast area, but dry and sunny spells and light winds elsewhere in the south.

However the warmest temperatures are still expected in the south-east on Sunday.

Sunshine and scattered showers will be developing for much of the country on Sunday, particularly in northern regions of Scotland and Northern Ireland.