Wednesday will be “dry for many parts of the UK”, with certain areas of the country needing to dodge “just a few light showers”, weather forecaster Netweather predicts. The service adds that “light winds” will keep temperatures to an upper limit of the “low twenties for the middle of the week”.

Netweather said of Wednesday’s forecast: “It’s not very warm nor full sunshine but could be a day when the sunshine appears and it does feel pleasantly warm for a while but also there could be a passing light shower so the raincoat goes on briefly.

Thursday will see a “light easterly flow”, followed by a “southerly wind” heading into the weekend.

Netweather said: “By Friday a southerly wind and at the weekend a freshening westerly that will force more showers our way off the Atlantic.

“None of this will bring a return to the extreme heat of last week.” 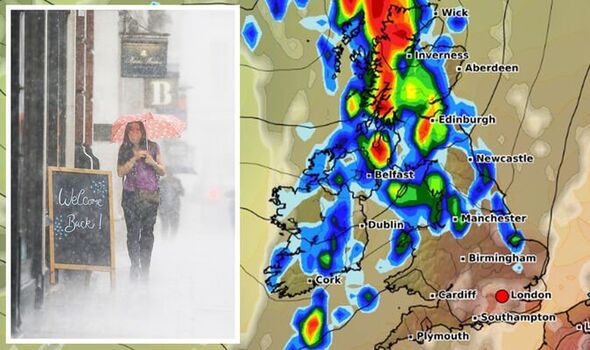 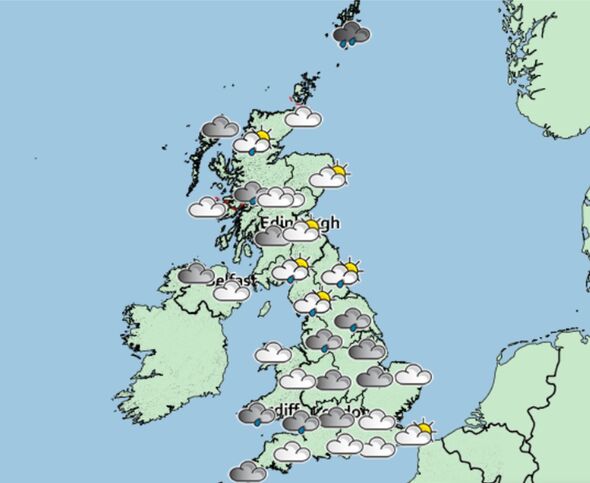 The Met Office described the rain going into the weekend as beginning in the north and west of the UK, but will head southwards.

BBC Weather also predicts rain on their forecast for the weekend, beginning with “patchy cloud” and “light showers” on Friday.

The service predicts: “Later in the afternoon, spells of rain will begin to push into the north-west.

“Saturday morning will see rain continuing to push eastwards across the UK, clearing later to a few sunny spells and scattered showers. 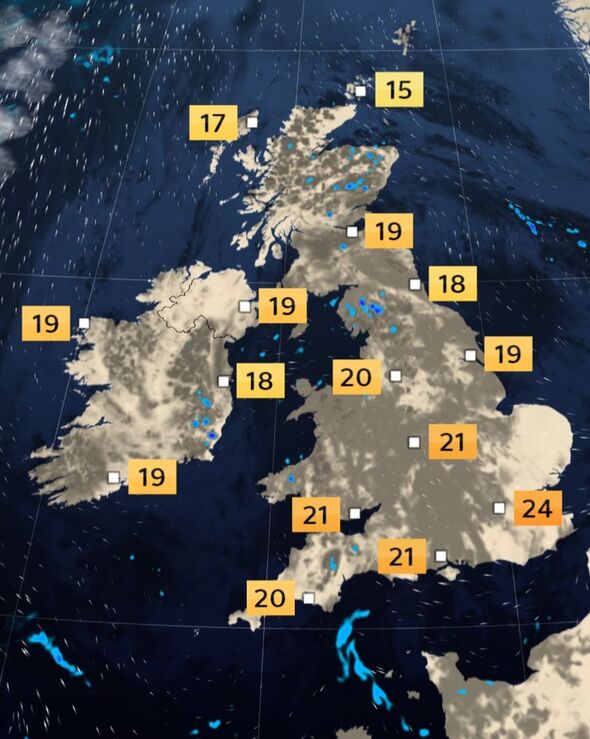 “Turning cloudy again into Sunday, with spells of rain pushing across central parts.”

Along with the showers, Sky News weather forecasting shows temperatures will rise slightly towards the end of the week.

On Thursday, temperatures will peak in the capital at around lunchtime at 24C.

It will be a cooler picture further north, with the mercury just touching 20C in Manchester. 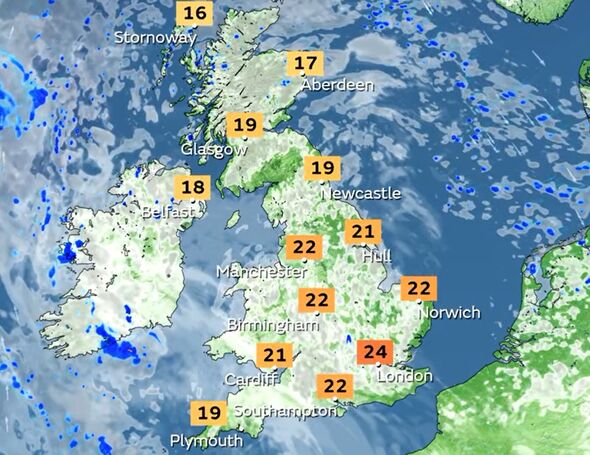 A similar figure will be felt in Cardiff and Birmingham, with temperatures unlikely to reach past the high teens in the north-east of England.

While Edinburgh will see highs of between 16C and 17C, those in Newcastle will likely not see temperatures above 15C.

Closer to the weekend, London will peak at 26C on Friday evening, with temperatures set to stay in the mid-to-high twenties throughout the weekend.

Liverpool will see showers and highs of 22C for most of the weekend, with a marginally warmer Saturday and Sunday in store for the southwest of England.

Temperatures will reach 23C in Devon, and highs of 22C predicted for Bristol.

In Glasgow, highs of 21C are expected on Friday, with the weekend a cooler prospect in the high teens.