Storm Aiden was named by Met Éireann, the national weather service in Ireland, on Friday. The Met Office has put severe yellow weather warnings in place for areas across the UK over the weekend.

Met Office Chief Meteorologist, Frank Saunders, said: “This week has been fairly unsettled and we’ll see this typical autumnal weather continuing over the weekend, with heavy rain and strong winds expected to bring disruption and risk of flooding to some areas.

“Although Friday will be bright for most, heavy and persistent rain will arrive across western areas later this evening as Storm Aiden arrives in the UK.

“Several yellow rain and warnings are in place from Saturday until Monday, covering western parts of the UK.” 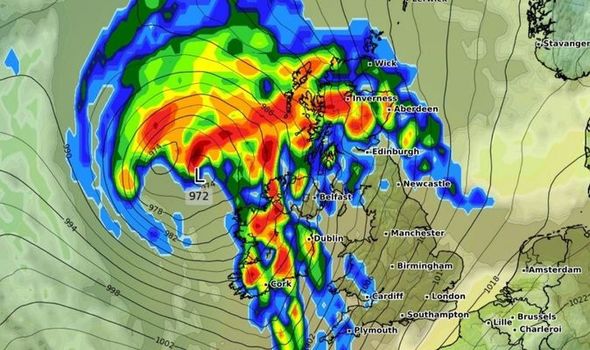 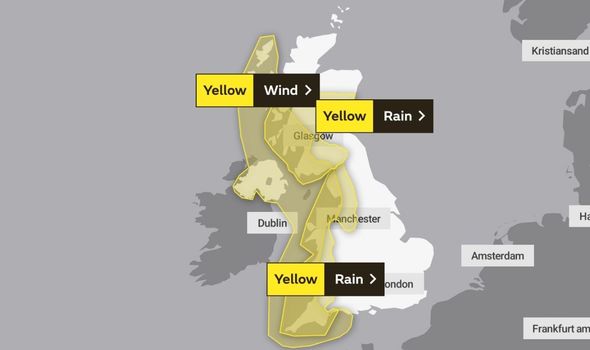 For Saturday there are three yellow weather warnings in the UK for rain and wind.

In Scotland, persistent and heavy rain is expected to spread northeast bringing more than 60mm over hills and mountains, according to the Met Office.

The yellow rain warning in Scotland said “spray and flooding could lead to difficult driving conditions and some road closures”.

On Sunday, a yellow weather warning for rain issued by the Met Office said floodwater could cause a danger to life. 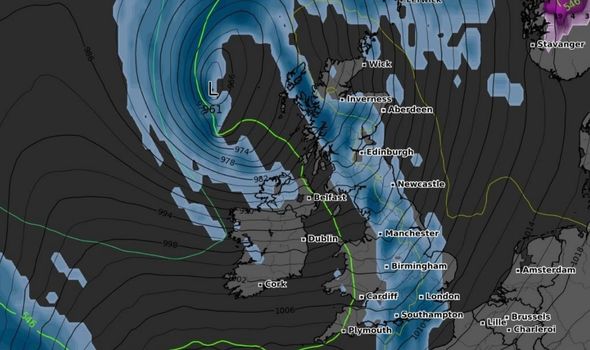 The warning covers areas in the North West of England, West Midlands, Wales and Yorkshire and Humber.

The Met Office said: “Fast flowing or deep floodwater is possible, causing a danger to life.”

It added that there will be “possible power cuts and loss of other services to some homes and businesses”.

The Met Office also said “some communities may be cut off by flooded roads”. 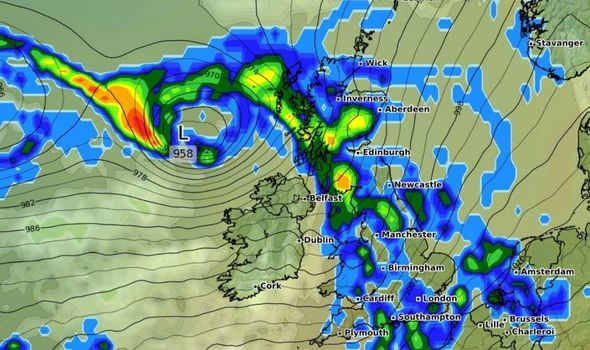 Sunday’s “danger to life” warning due to heavy rain has been triggered by the “remnants” of ex-Hurricane Zeta.

“Given that this is falling on already saturated ground from what has been a wet October, there is an increased risk of flooding in some warnings areas.”

Mr Young added: “We will continue to monitor the situation over the weekend and may update the warnings, as details in the timing and potential impacts become clearer.

“Therefore we’re urging people to keep a close eye on the forecast, flood alerts and warnings in their areas.” 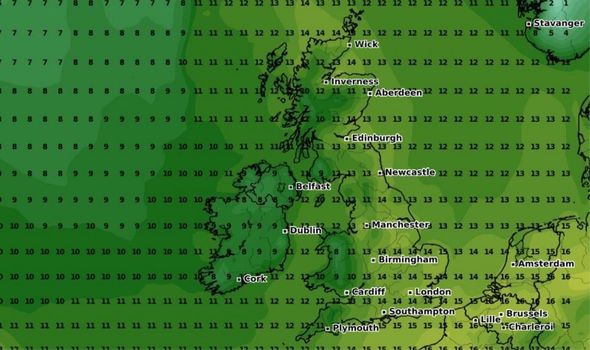 On Saturday, the UK could be hit by winds of 40 to 50 mph as Storm Aiden hits the country.

Temperatures will reach about 14 to 16 Celsius on Saturday for much of the UK.

Mr Wilson said: “Temperatures generally fairly mild for the time of year but obviously feeling a lot cooler in the wind and the rain.”