Britons can expect to bask in scorching temperatures and glorious sunshine tomorrow as the mercury is forecast to soar to highs of 36C for the last day of July. Much of the UK will see temperatures rise well into the 20s, but the warm weather is unlikely to stick around – with forecasters warning stormy conditions could soon move in.

The Met Office forecast the sizzling sunshine is set to be replaced by storms and heavy downpours as early as Friday evening.

Met Office forecaster, Alex Deakin, said: “Into Friday evening and there is a greater chance of seeing more of those thunderstorms breaking out across eastern England.

“They will be hit and miss, not everyone seeing them.

“But, across east Yorkshire, Lincolnshire, across the East Midlands, East Anglia and the South East the risk that the heat and energy could spark some intense downpours and lightning storms.” 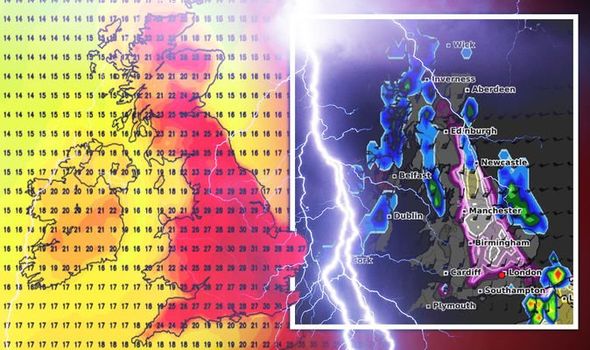 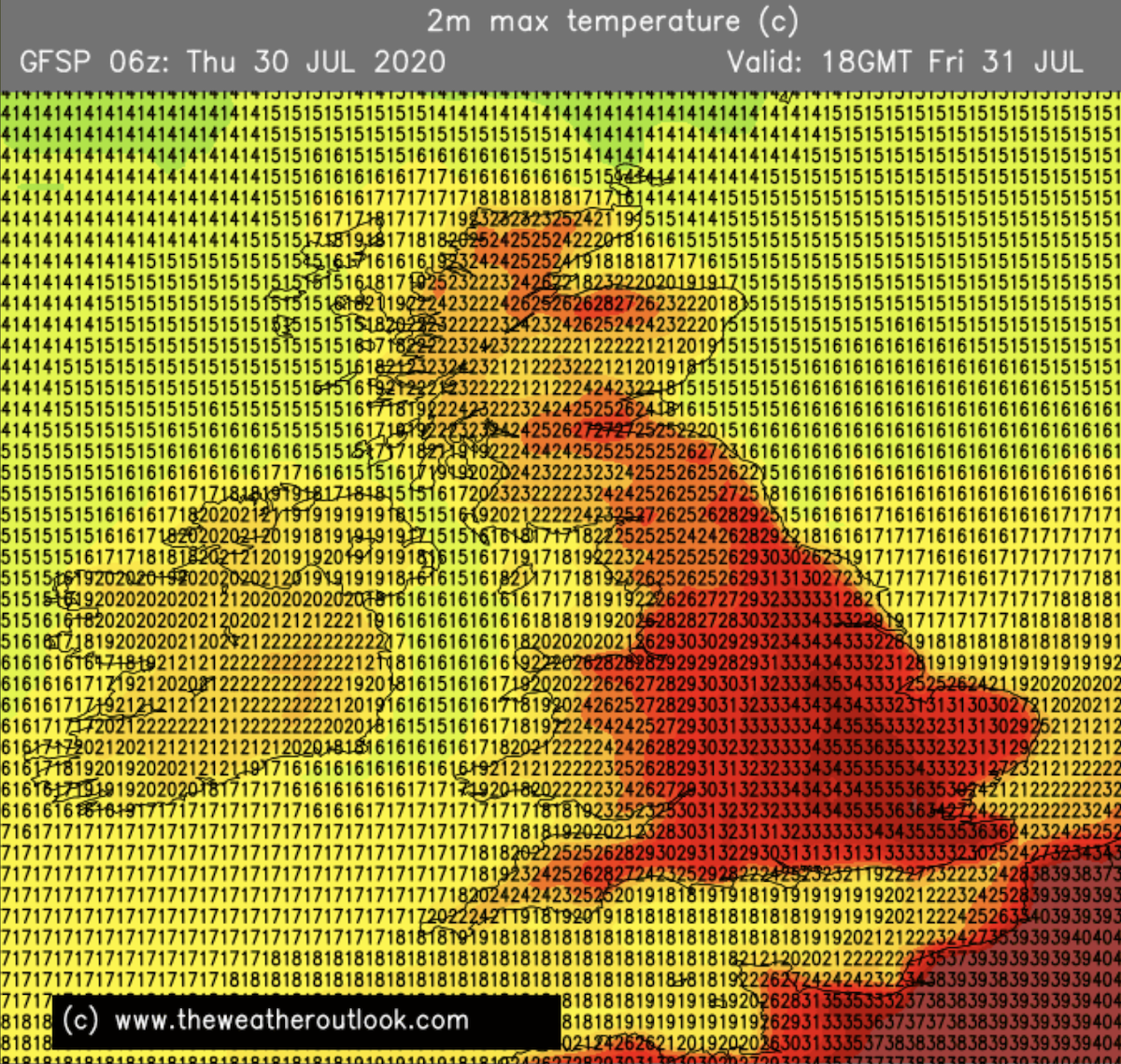 Mr Deakin warned the storms could become “very lively” due to the energy emitted from the high temperatures.

The forecaster also warned the west of the UK is set for some showers on Friday evening as a new weather front moves in. 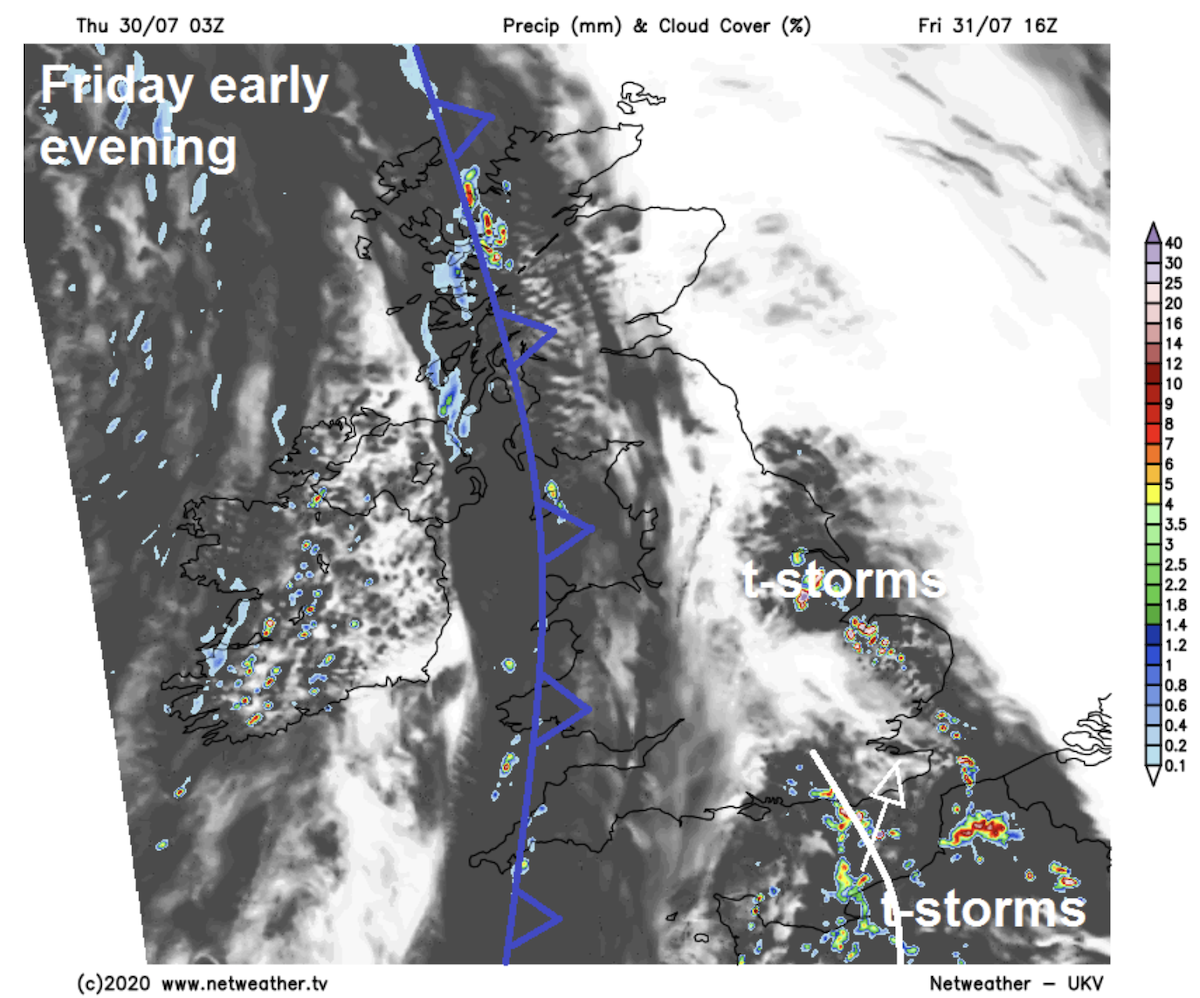 Senior forecaster Nick Finnis said: “The heat could trigger a few isolated thunderstorms across SE England, East Midlands and East Anglia in the afternoon, with perhaps some thundery showers spreading northeast across the eastern English Channel to affect Sussex, Kent and Essex from late afternoon through the evening.”

He also expects temperatures to plummet in the west of England from Friday evening, as a weather front moves in.

The front is also expected to prompt showers across northern areas.

Friday is tipped to be the hottest day of the year so far, with the mercury expected to soar to the early 30s. 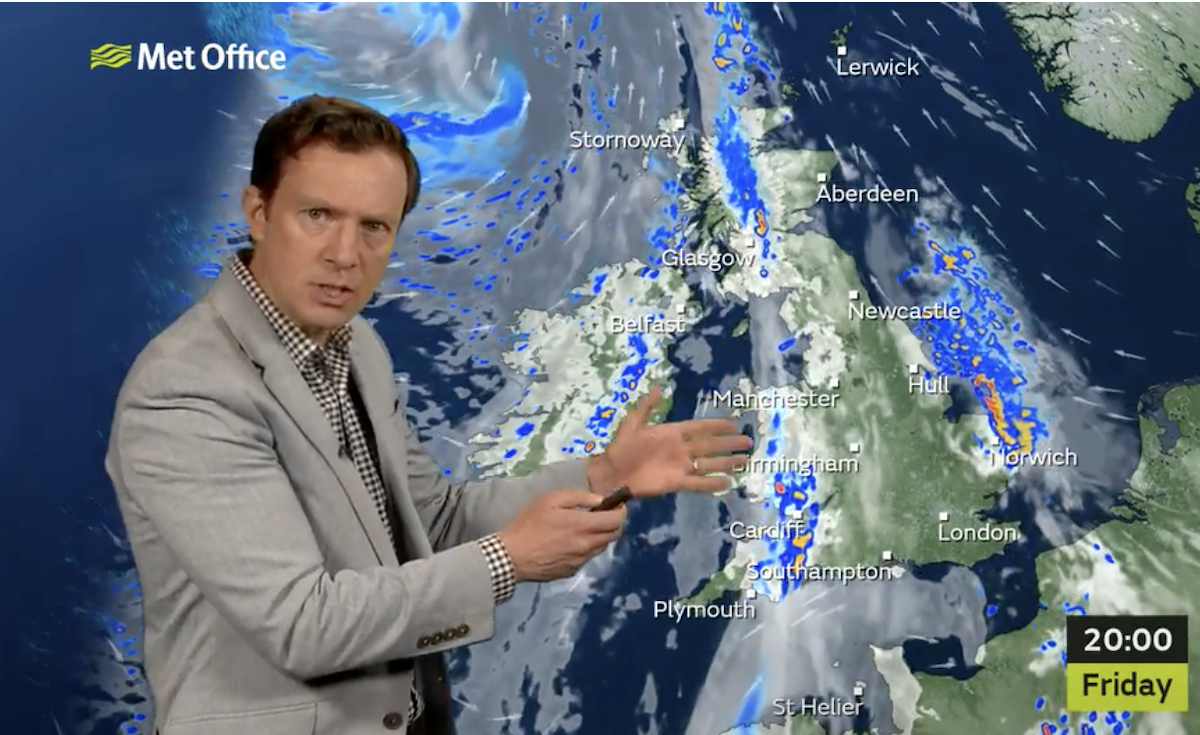 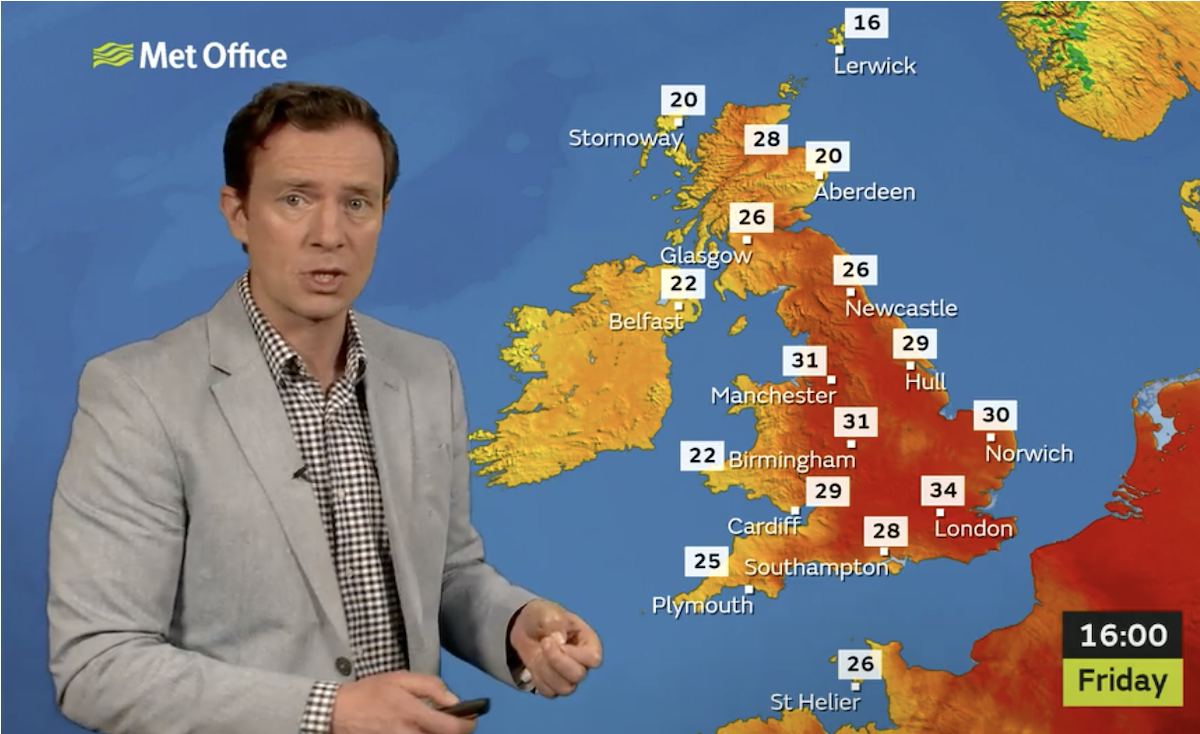 The Met Office forecasts central and eastern England will see highs of 35C, while the rest of the country will see temperatures soar to the mid-to-high 20s or even the early 30s.

Forecasters at The Weather Outlook expect temperatures in the capital to soar to 36C by 6pm on Friday.

While the new weather front is expected to move in from Friday evening, the south is set to remain fairly warm throughout the weekend.

Mr Deakin said: “Still pretty warm though across the south east and actually for most it’s a pretty pleasant weekend. 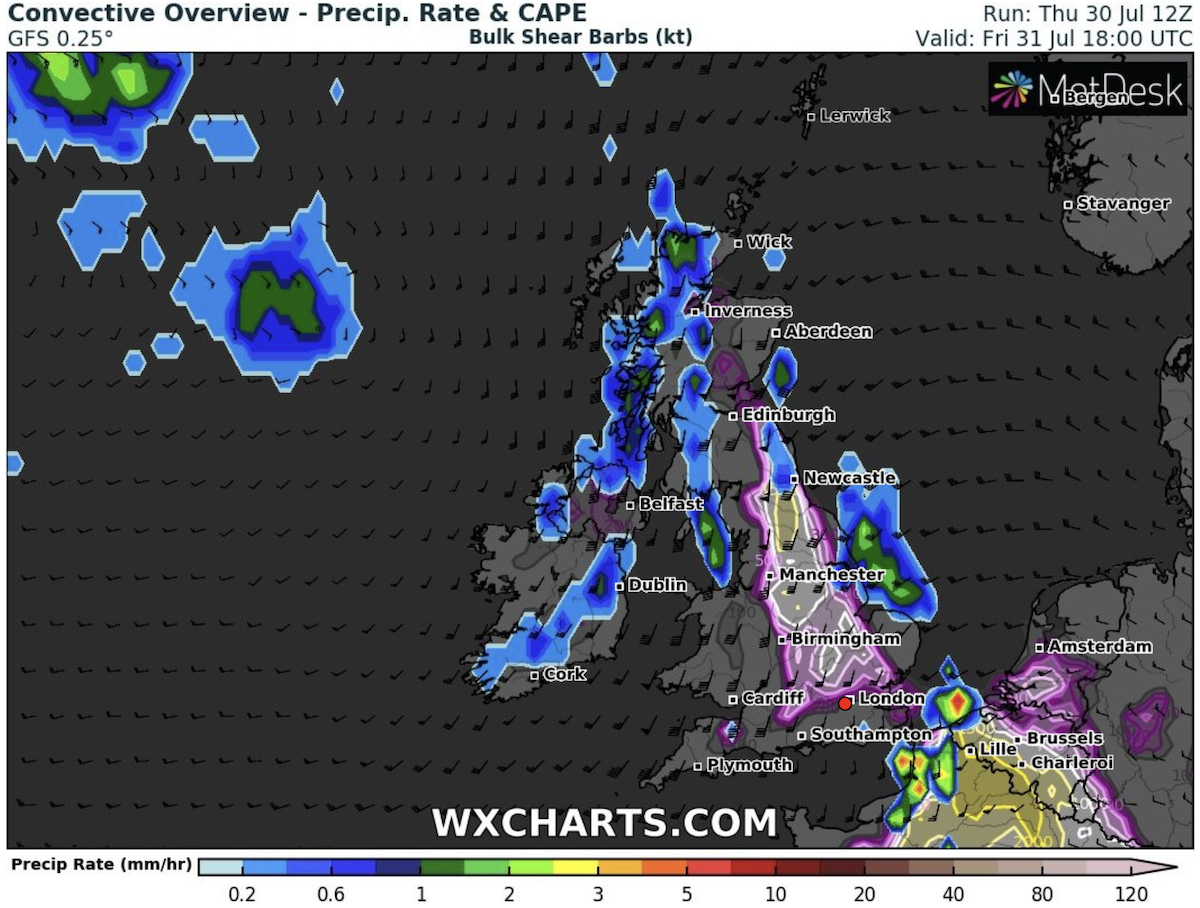 “Largely dry with sunny spells and just a few showers scattered about here and there.”

Next week is set to see a return to the unsettled, cooler weather conditions which characterised much of July.

Rainy conditions and strong winds are expected to arrive from mid-week.

Related posts:
Recent Posts
Latest Posts
how to buy advair au no prescription
Covid 19 coronavirus: The people who hold the key out of lockdown won’t be tested until tomorrow
Yemen: Criticism as UK announces it will cut aid to war-torn country by more than half
lipitor tabs generic
fluoxetine cat