A weather chart issued by Ventusky shows another powerful weather front barrelling from the Atlantic towards the UK from Wednesday. Forecasters are yet to name the next storm that will reach the country, but if a new system will be confirmed to hit the UK, its name will be Storm Ellen. The weather front shown on the map will be travelling from the Atlantic at a speed of more than 60mph.

Two names have been announced by the Met Office in close succession, prompting fears of a possible third named storm in the coming weeks.

If another weather system is deemed strong enough to be a storm, its name has been predetermined.

Together with Irish meteorological service Met Éireann, the Met Office releases the named storms for every North Atlantic storm season. 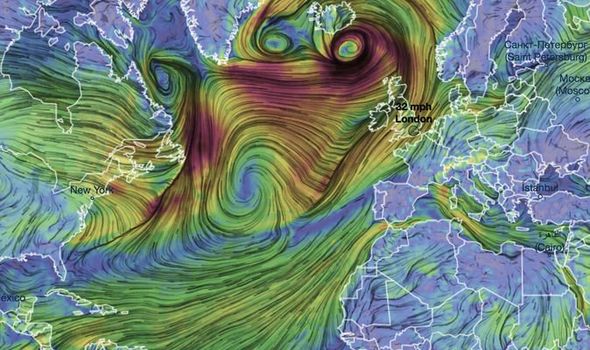 Presently the Met Office are not forecasting the arrival of another named storm.

However, the weather service are forecasting “unsettled” weather patterns in the coming weeks.

And weather maps from Windy.com and WXCharts show a new system building in the Atlantic.

The maps show the system beginning to develop on Wednesday night, before starting to make a north-easterly track towards Britain.

Between February 21 and March 1, the Met Office long-range forecast reads: “Unsettled and often windy conditions are expected to continue with areas of rain moving east across the UK interspersed with brighter, showery interludes. 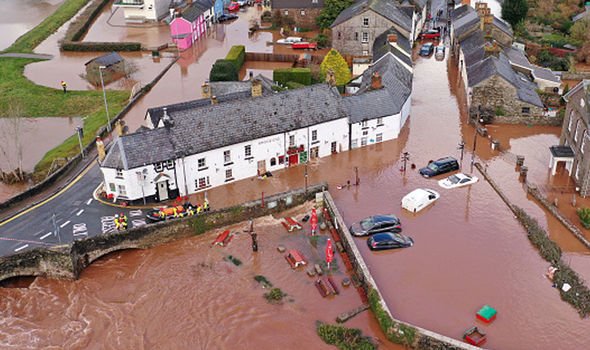 Storm Dennis has caused a weekend of weather disruption. 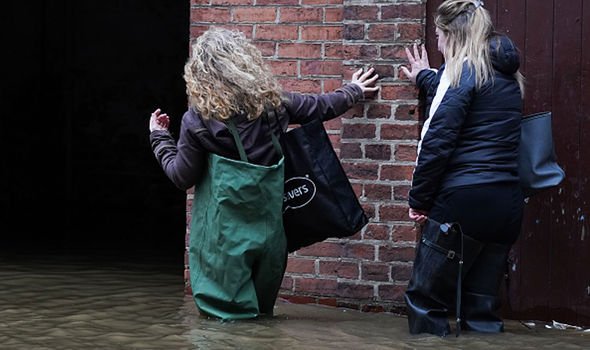 More than 300 flood warnings have been issued across the UK, and the Met Office also warned of severe weather conditions.

The storm has also claimed lives, with a man dying after falling into a raging river in Wales.

And a woman is believed to have lost her life after being dragged off by floodwater near Tenbury Wells in Worcestershire.

Police in Worcestershire has said their search has become a “recovery rather than a rescue operation”.