Met Office forecaster Craig Snell told Express.co.uk further rain is expected over the next few days, with the southern half of the UK seeing the worst of it today (Thursday, September 3). But next week there is hope for a drier spell of weather for some parts of the UK, which could last at least a few days. Here are the latest weather forecasts, maps and charts.

Today parts of the UK could see highs 22C to 23C in the south, and 20C could be possible in the north, but rain and cloud is forecast for much of the country.

Mr Snell said: “Today we’ve got a bit of a north/south split across the country, we’ve got an area of cloud and rain which is slowly moving across the southern half of the UK.

“To the north we’re seeing a mixture of sunshine and scattered showers.

“It’s certainly a better day for the northern half of the UK compared to yesterday, when we had the band of rain which is now across the south across the north. 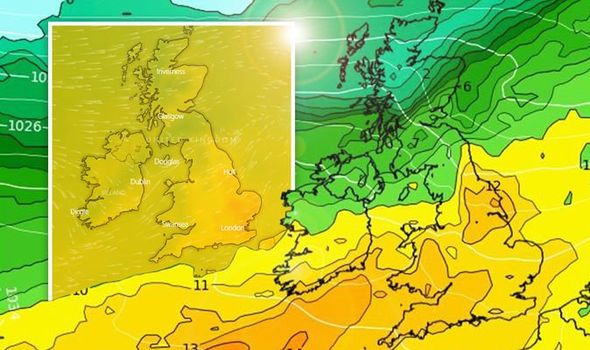 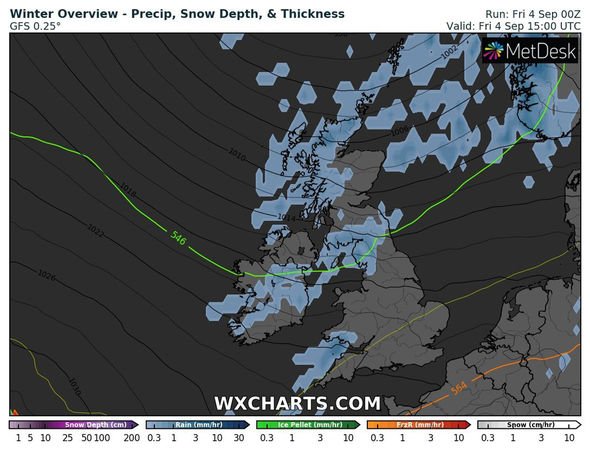 “And we had weather warnings out in force yesterday for the heavy rain, so a much better day for the north today, a mix of sunshine and showers, but further south it will be quite cloudy and quite wet.”

Friday looks likely to be a similar picture, with the southern half of the UK seeing rain and cloud again.

Mr Snell said: “Going into tomorrow, we’ll see another day of sunny spells and scattered showers for the northern half of the UK.

“After a bright start in the south we will see another spell of rain work its way eastwards across the southern counties. 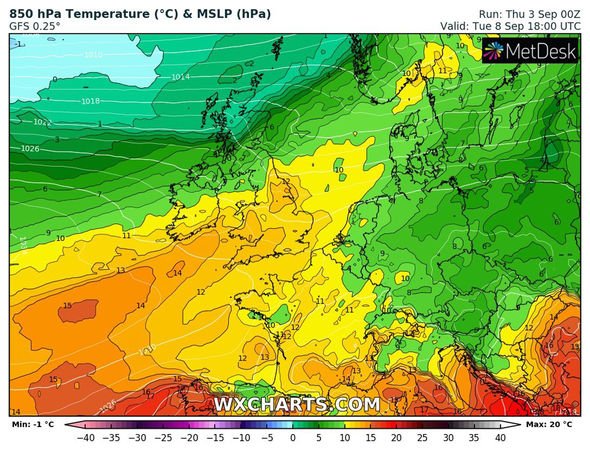 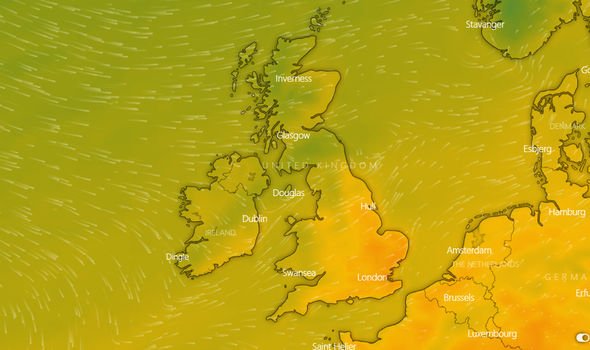 “So kind of a repeat performance tomorrow, ever so slightly different, but the southern half of the UK seeing a good deal of cloud around and some rain.”

As for the weekend forecast, on Saturday some slightly cooler air is expected, bringing maximum temperatures of 19 to 20C in the south, and highs of around 14 to 16C in the north.

Mr Snell added: “Into the weekend Saturday in the south hopefully it should be drier, maybe a few showers around, but on the whole Saturday looks like a dry day in the south.

“Once again in the north it’s another day of sunny spells and scattered showers.”

On Sunday it is also expected to be a day of sunny spells and scattered showers for much of the UK.

Changeable weather is likely to continue, but the Met Office predicts most parts of the UK will see some brighter and drier weather at times over the weekend.

After today, temperatures are expected to return to near normal for the time of the year.

Next week there is expected to be a period of drier, brighter weather, but there is still some uncertainty over where and how long it will last. 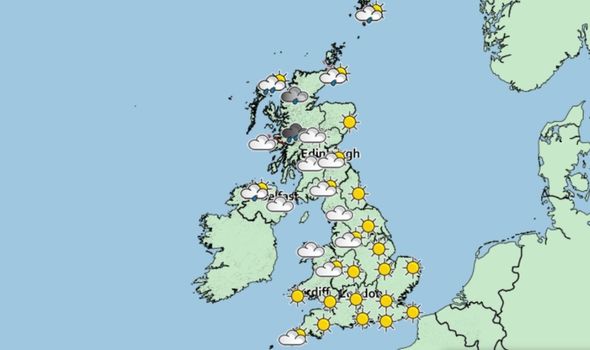 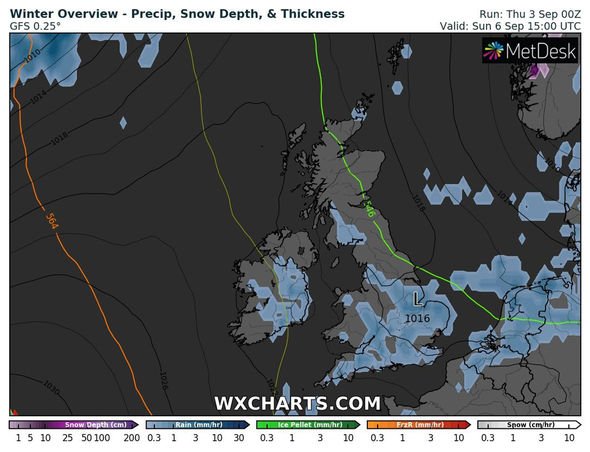 Mr Snell said: “It’s too early to say what the second half of September is going to bring.

“It does look like as we go into next week, at least in the south, there will probably be more of a settled spell coming through for a time mid-week.

“It will potentially turn quite pleasant for a time in the south… certainly there should be some dry weather on the horizon for some of us as we go into next week.”

Mr Snell said it is not currently known how extensive the drier weather will be across the UK, but in the south a “fine and dry spell” is forecast for “a few days at least”.

Related posts:
Recent Posts
Latest Posts
ACLU of Colorado asks judge to force Polis to release some state prisoners amid coronavirus
CVS to Give Out Covid-19 Treatment in Nursing Homes
1-in-4 new mums say workplace is ‘completely different’ after maternity leave
Boris orders Barnier to respect UK’s ‘fundamental’ Brexit aims ‘We’re taking back control’
U.S. private payrolls miss expectations as COVID-19 cases mount
This website uses cookies to improve your user experience and to provide you with advertisements that are relevant to your interests. By continuing to browse the site you are agreeing to our use of cookies.Ok