As December dawns it appears winter has officially arrived, with the Met Office forecasting a spell of cold weather for the UK this week. Particularly from the mid-week onwards, the Met Office predict frost, hail and sleet will accompany much colder weather. In some parts of the UK, snow could also be making an appearance.

According to the Met Office, from Wednesday showers over north-west Scotland are forecast to become “increasingly wintry”, and on Thursday cold and unsettled conditions are expected to encompass the entire UK and there will be frequent rain, sometimes heavy, and also some hill snow.

Snowfall could also make an appearance over lower levels later in the week, however the Met Office are uncertain about where the snow could fall presently.

Much of the UK may see some frost this week, with the Met Office forecasting “sharp or even severe” frosts in areas of the north-west during periods of prolonged clear conditions.

Steve Ramsdale, Chief Meteorologist at the Met Office, said: “Although we’re going to see a few days with colder conditions, we shouldn’t be surprised that the start of winter brings a brief spell of wintry weather.

“Some parts of the UK, especially northern hills, may see snow, but for many this will only be short lived. We’ll be monitoring the forecast and we will issue warnings accordingly.” 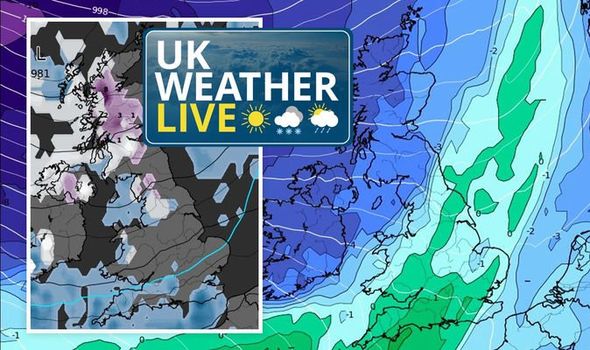 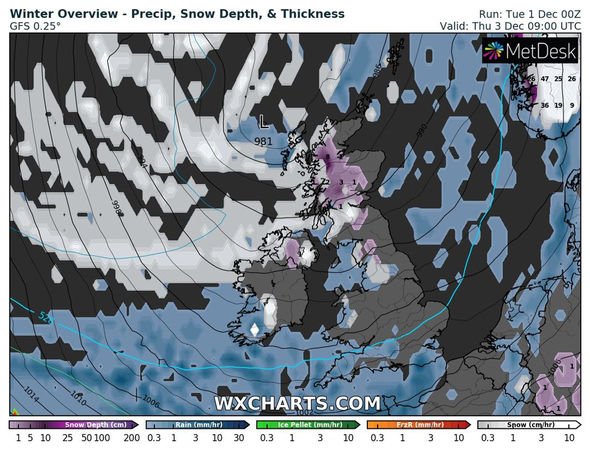 8.15am update: Chilly morning for UK with 0C forecast

According to WXCHARTS maps, which use data from MetDesk, today is likely to start as a chilly day for much of the country.

Minimum temperature maps for Tuesday morning show the temperature could get to as low as 0C in some areas, such as in parts of northern England and Scotland.

In the south-east temperatures hover between 2 and 4C, and across Wales minimum temperatures vary between 1 and 5C.

In Northern Ireland minimum temperatures of 5C are forecast. 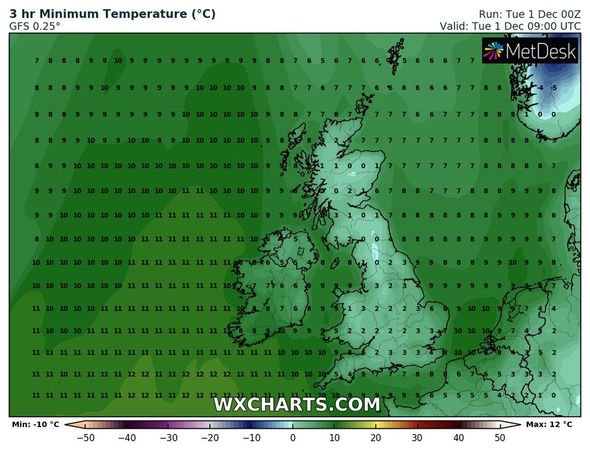 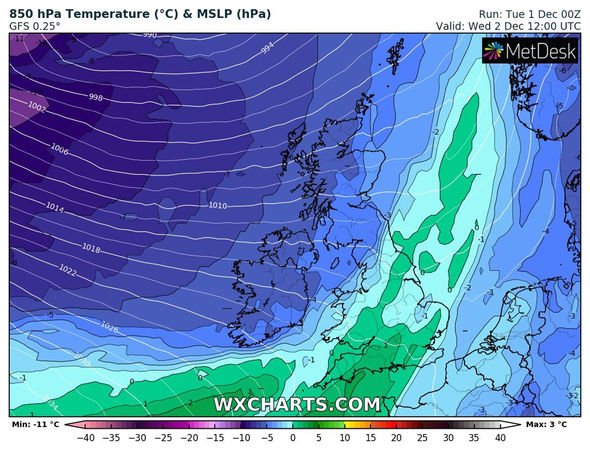 The Met Office have predicted some areas of the UK will awake to frost on Tuesday morning.

The meteorological agency tweeted: “This morning will be a #frosty start for some.

“There will also be a lot of #sunshine, although some #cloud is likely in the northwest, and a few showers will affect parts of East Anglia”.