The UK has been hit by two major storms in less than two weeks. Over the weekend Storm Dennis whipped Britain with winds of up to 97mph while inflicting flood damage on more than 400 homes.

Prior to the arrival of Storm Dennis, Storm Ciara brought fierce winds to some regions of the UK, and flooded more than 800 homes.

The Met Office is not forecasting another storm presently, however two storm names have been announced by the Met Office in close succession, prompting fears of another possible named storm in the coming weeks.

On Wednesday, February 19, WXCHARTS maps show strong winds to the west of the UK.

By Thursday the winds look to intensify in wind speed, with some areas of the map forecast to see winds up to 84mph (135 km/h). 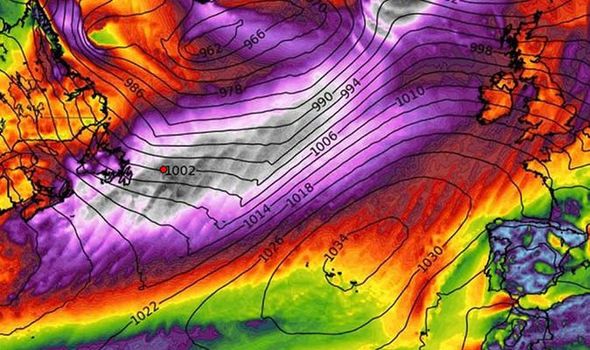 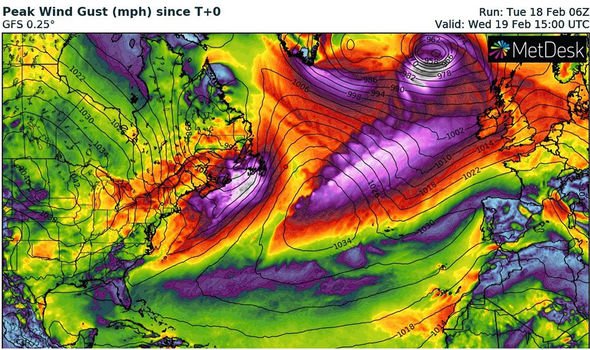 By Saturday, much of the UK is mapped as purple, suggesting winds up to 55mph (89km/h) could bluster over parts of the country.

Over the next few days, the Met Office has issued a number of weather warnings.

Yellow rain warnings are in place for parts of south and north west Wales between 6pm on Wednesday until 3pm on Thursday.

Another area in northern England is under the same yellow rain warning at this time, affecting the cities of Preston and Lancaster. 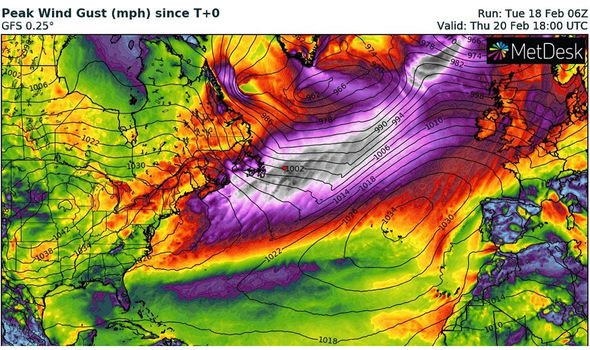 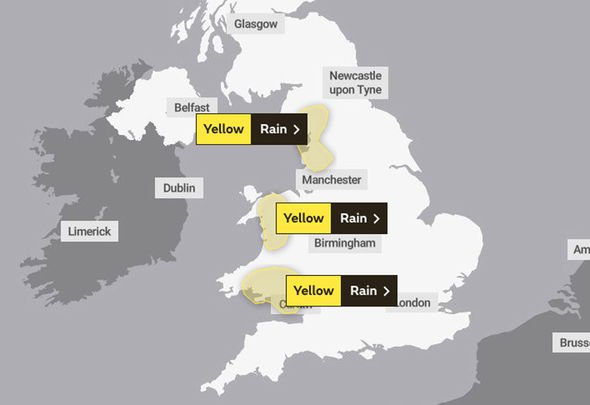 The Met Office warn of an “Atlantic weather system” which will impact on weather conditions later this week.

The warning reads: “An Atlantic weather system arriving on Wednesday is expected to bring a further spell of rainfall which is likely to become heavy and prolonged over areas of high ground in parts of Northwest England.

“Rainfall totals of between 70 and 100mm are possible during the period.

“Given the saturated nature of the ground this may lead to some flooding.”

A yellow rain warning has also been issued for Friday at 12pm in northern England, affecting the cities of Leeds, Sheffield and York.

The warning is in place until 6am on Saturday.

If any storm develops over the North Atlantic in the coming weeks, the system will be named Storm Ellen.

Together with Irish meteorological service Met Éireann, the Met Office releases the named storms for every North Atlantic storm season. 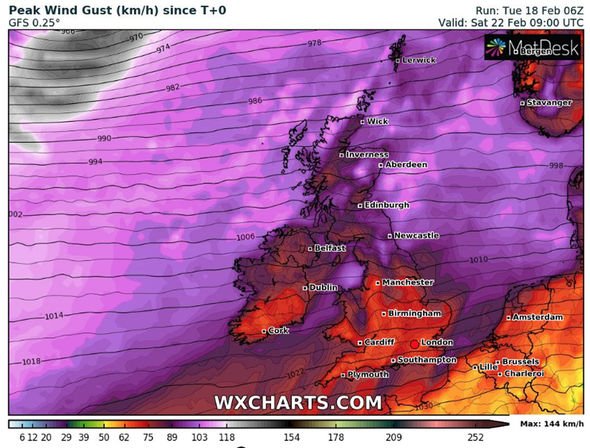 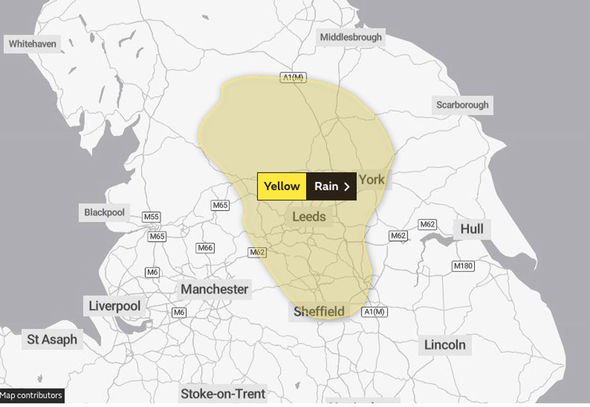 For the 2019/20 season, we have already witnessed Storm Atiyah, Storm Brendan and Storm Ciara.

Storms in the North Atlantic are never named starting with the letters Q, U, X, Y and Z.