Storm Jorge will bring heavy rain and strong winds to parts of the UK from Friday. The storm is set to hit the north-west of Britain and Wales the worst, with forecasters expecting up to 80mm of rain and gusts of up to 70mph. Storm Jorge will continue into Saturday morning but even after the storm has ended, Britain faces plummeting temperatures.

Storm Jorge, named by the Spanish meteorological service Agency Estatal de Meterología on Thursday, will bring “strong winds to parts of the UK with several wind and rain warnings in place”, according to Chief Meteorologist Paul Gundersen.

He said on Friday rain will be heaviest in parts of Wales and northern England and could see up to 80mm of rainfall.

Strong winds will move in through Saturday morning, with wind warnings in place for Northern Ireland, Wales southern Scotland and much of England.

Gusts could reach between 50-60mph and as high as 70mph in coastal areas. 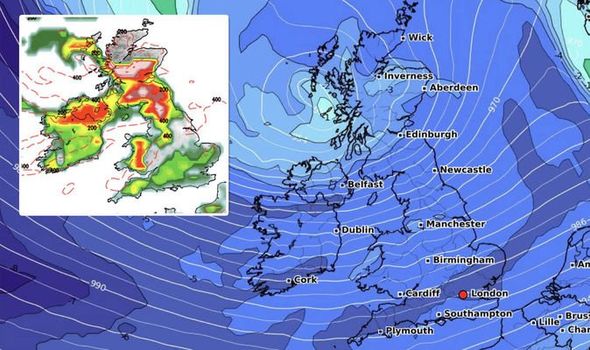 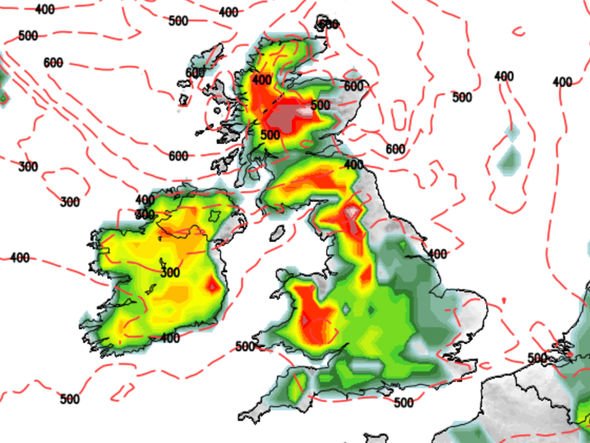 By Saturday afternoon Storm Jorge will begin to subside, bringing sunny spells and a slight increase in temperature.

Temperatures in the south of England will average at about 5C, with lows of -1C in Scotland, according to forecasters WXCharts.

Some snow is forecast in the north of England, Scotland and much of Wales on Saturday, according to Netweather.

The chances of snowfall continues through Sunday and Monday, with the risk of snow in the midlands reaching 40 percent, according to the forecasters. 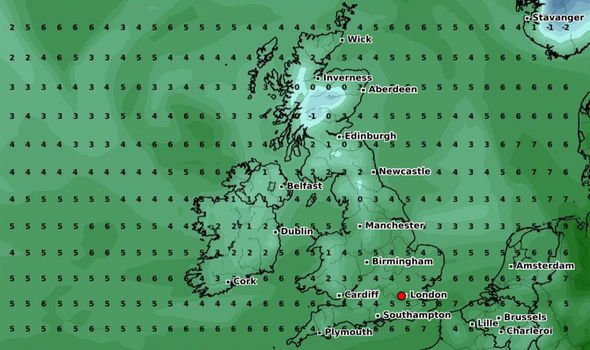 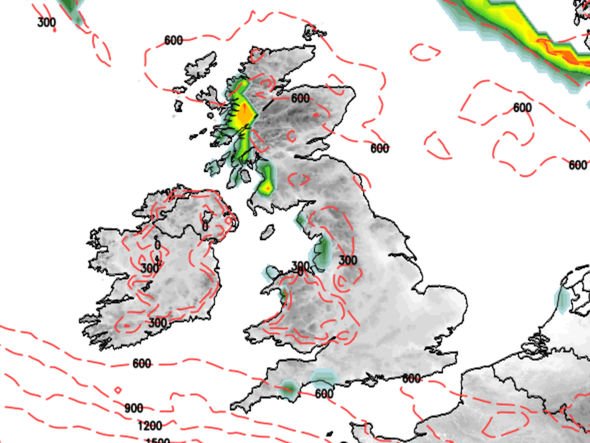 By Tuesday night, the risk of snow all but disappears across the whole of the UK.

Just a small area in Scotland poses a slight chance of snowfall.

Scattered showers and fairly mild temperatures look set to continue across much of the UK until Wednesday, when the mercury looks set to plummet below freezing.

On Wednesday morning Britons can expect to wake to frost and markedly colder temperatures, with an average temperature of 0C at 6am, with parts of the UK dropping to -2C. 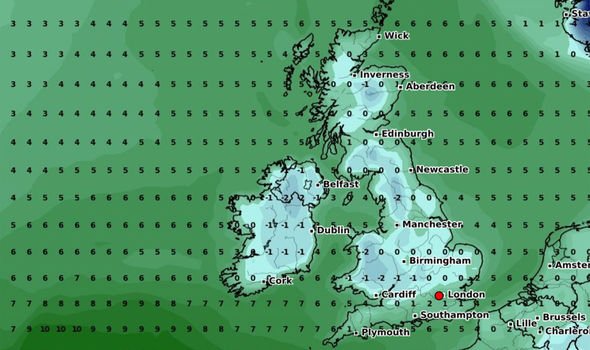 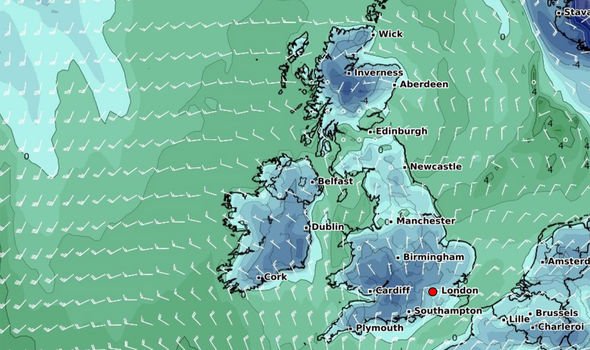 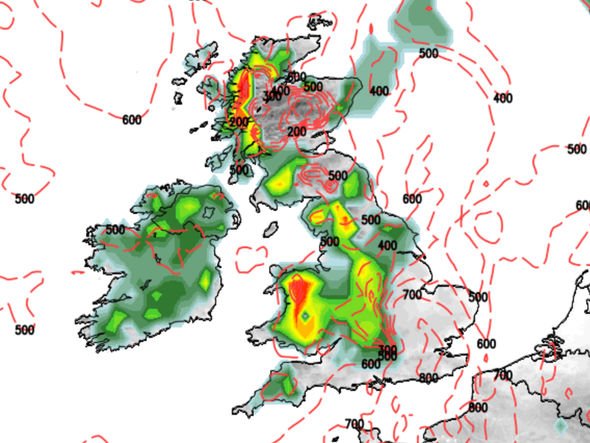 The wind will make it seem even colder, with the midlands and north of England braced for a wind chill of -4C.

Temperatures on Thursday will drop even further, according to WXCharts, who predict lows of -3C at 12pm on Thursday and a windchill as low as -8C.

The south east of England will see slightly higher temperatures, with an average of 4C.

Snow looks set to return on Friday March 6 for a brief stint in parts of Scotland and the north of England, with no snow expected from Saturday 7 at 12pm. 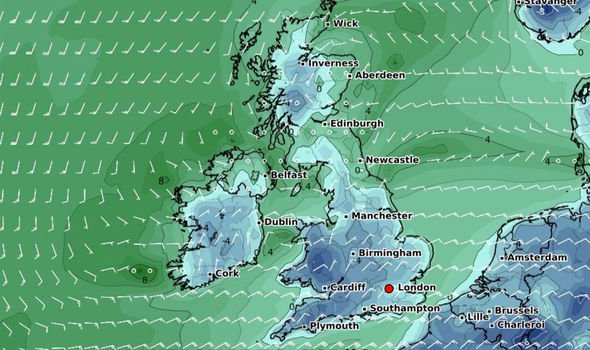 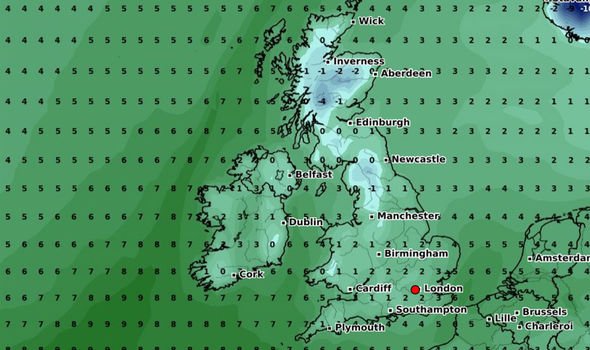 The following week will see a continuation of the cold spell, with temperatures on Monday 9 March ranging from 3 to -3C, with Scotland and Wales seeing the worst of the chill.

Wind chill is particularly low in the west country, with temperatures of -8C expected.

Temperatures will fluctuate slightly as the week progresses, before dropping again on the weekend with lows of -4 expected in Scotland.

The rest of the country will average at a chilly 2C, as a wind chill of -2 lowers the temperature.