Storm Ciara and Storm Dennis caused deaths, structural damage, travel disruptions and severe flooding across the country over the course of two successive weekends. Express.co.uk spoke to a weather forecaster at Net Weather to find if these types of storms are becoming fiercer and more regular.

Are storms becoming more severe and more frequent in the UK?

Ciara and Dennis were particularly bad, so much so that the latter forced the Met Office to issue its first red warning for rain since December 2015.

The latest storm, Storm Dennis, was the fourth named one of the 2019/20 UK storm season.

But compared to previous years, it’s not been as bad. 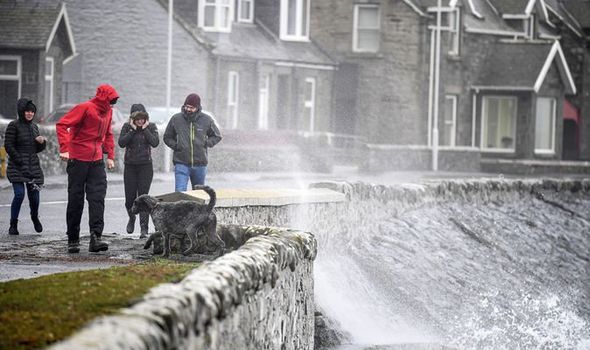 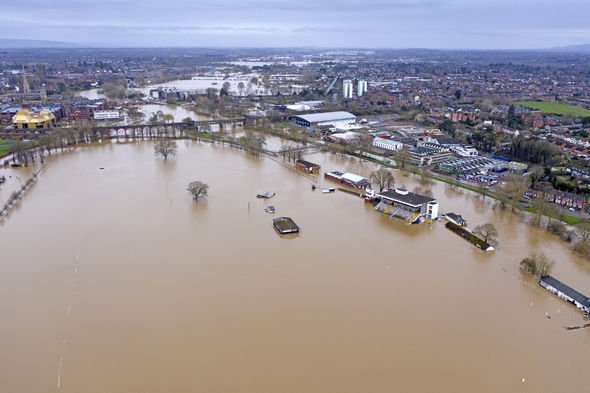 Net Weather forecaster Jo Farrow said: “It’s just because we have had two named storms over a weekend which is when people want to go out and want to do things.

“That’s perhaps meant people have noticed it more or been more affected by it.”

So Atlantic storms don’t appear to be happening more frequently than usual. 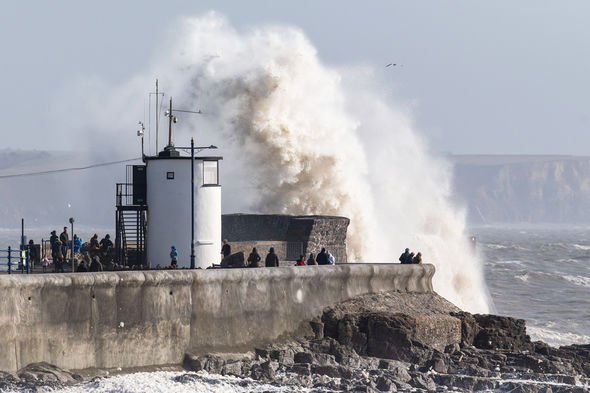 The Met Office performed a study called the UK State of the Climate Report which investigated climate change and its effects on the country’s weather.

The Met Office research said: “The latest UK State of the Climate Report states that there are no compelling trends in storminess when considering maximum gust speeds over the last four decades.

“Due to the lack of any observed trends, there haven’t been any studies so far which provide a link between changes in UK storminess and climate change.

“For example, the all-time record number of storms over the British Isles in winter 2013/14 couldn’t be linked to human-induced warming.”

DON’T MISS:
UK snow map: Snow forecast to SWEEP across Britain THIS WEEK
UK floods: What to do if YOUR home was damaged – latest advice
BBC Weather: Carol Kirkwood warns of next front hitting UK on Friday

What the report did find was an increase in temperatures, which, as Ms Farrow explains, will heighten the risk of flooding.

“So we could have more rain in the winter.

“This means we could have more extreme rain events in the future.” 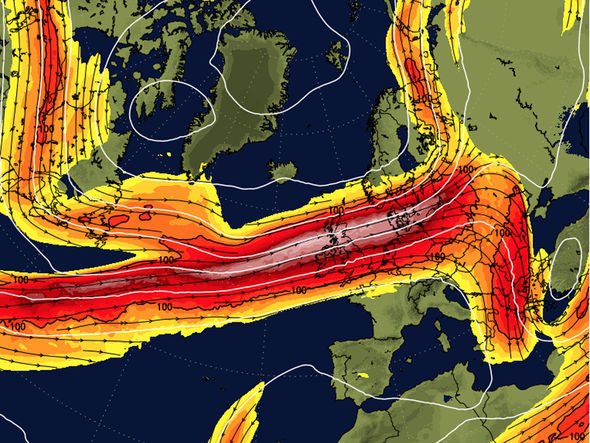 Met Office’s report states: “Several indicators in the latest UK State of the Climate report show that the UK’s climate is becoming wetter.

“One study found that climate change has increased the risk of floods in England and Wales, such as those in Autumn 2000 (the wettest Autumn on record), by at least 20 percent and perhaps 90 percent.

“More recently winter 2013/14 and winter 2015/16 have been the two wettest on record, with widespread impacts during both seasons.

“A Met Office study has shown that an extended period of extreme winter rainfall in the UK, similar to that seen in winter 2013/14, is now about seven times more likely due to human-induced climate change.

“December 2015 was the wettest December, and indeed any calendar month, in the UK series since 1910.”

While storm frequency this year isn’t necessarily higher than usual, two back-to-back named weather systems are quite rare and can be attributed to the jet stream.

The jet stream is a band of strong winds of up to 200mph high up in the atmosphere that moves low-pressure systems – which bring cloud, rain, and windy weather – across the globe.

The strength of the jet stream is determined by the difference between the temperature above the cold air in North America and the warmer climes of the tropics.

Ms Farrow said: “These two were quite extreme before Ciara and made the jet stream more intense. 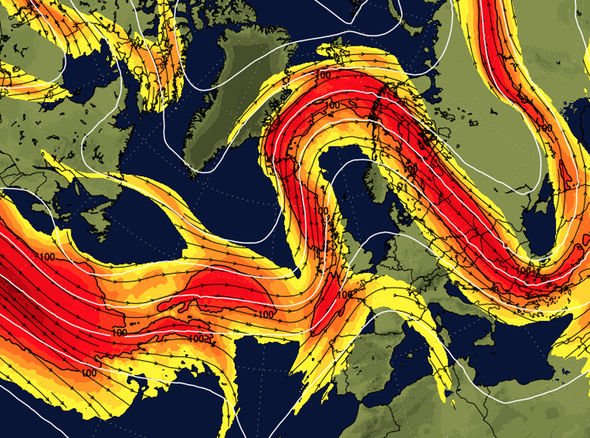 “The higher the temperature contrast between the cold and hot air, the more extreme the jet stream.

“The jet stream was what we call zonal because it was travelling in a straight line.”

Because of the way it travelled, its strength was far higher than usual as when travelling in a straight line it is not obstructed and can gather momentum.

The jet stream can also meander its way across the globe, which slows it down.

Ms Farrow explained that when it meanders, pockets of low pressure can become stuck in between the bends.

This can lead to prolonged periods of rain in the low-pressure areas.