Protests against the war in Ukraine have taken place in Russia after president Vladimir Putin’s mobilisation of troops. His government has ordered as many as 300,000 military reservists to prepare to join the fighting in Ukraine. Images have circulated of Russians being arrested in cities like Moscows and St Petersburg, indicating that many in the country do not support the invasion.

Putin has mobilised more troops after Ukraine reclaimed huge swathes of territory near Kharkiv in the northeast of the country. Reports in recent weeks have also indicated that the Ukrainians could try and drive their invaders out of Kherson, located in the south.

Political scientist Ihor Reiterovich told New Voice of Ukraine recently that Russia cannot afford to lose Kherson, adding that Putin’s war plan will be in crisis if the city is liberated.

He said: “It would indeed be a colossal blow to them, in terms of their general prospects in this war they’re waging against Ukraine, and Russia’s ability to win it.

“They can already see no triumphs on the battlefield, and there won’t be any.” 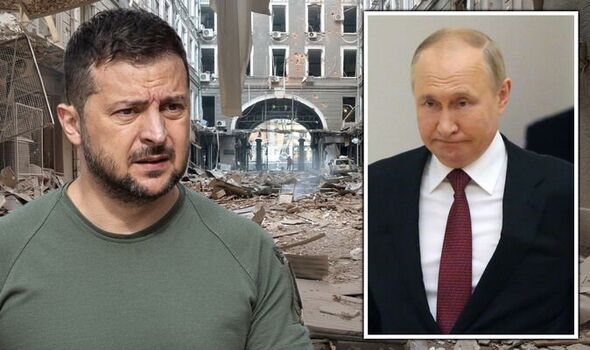 He added: “The situation on the front lines will get increasingly worse, and there will be a need to find some sort of solution. They (the Russian elites) are starting to think such a solution doesn’t necessarily include Putin.

“In general, the way they’re discussing everything that’s going on in social media – it’s sheer panic, fear, and tremendous doubts about Russian leadership’s ability to keep things under control.” 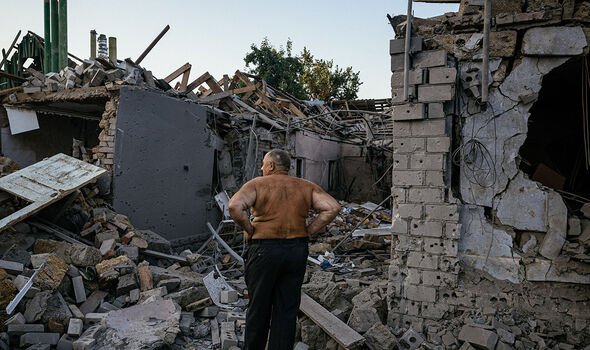 Despite the military setbacks occurring in Ukraine, Russia is still hoping to assert its authority in the country by other means. Four Moscow-backed regions have said they will hold referendums on joining the Russian Federation.

However, experts warn this is being done so Russia can fully annex the regions. White House national security adviser, Jake Sullivan, said this week: “These referenda are an affront to the principles of sovereignty and territorial integrity that underpin the international system.

“If this does transpire, the United States will never recognise Russia’s claims to any purportedly annexed parts of Ukraine.”

The occupied regions of Donetsk and Luhansk in the east of Ukraine have said they are ready to hold votes. It is expected these polls will be rigged. Kherson and Zaporizhzhia are also preparing for their own votes. 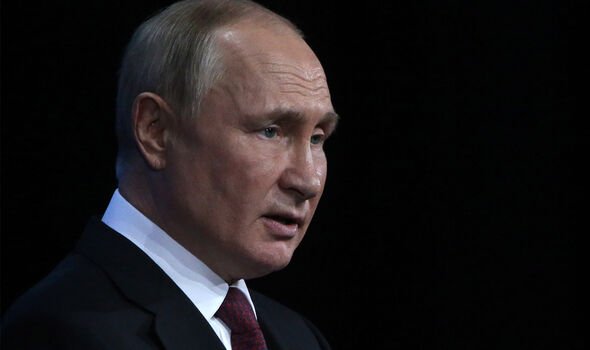 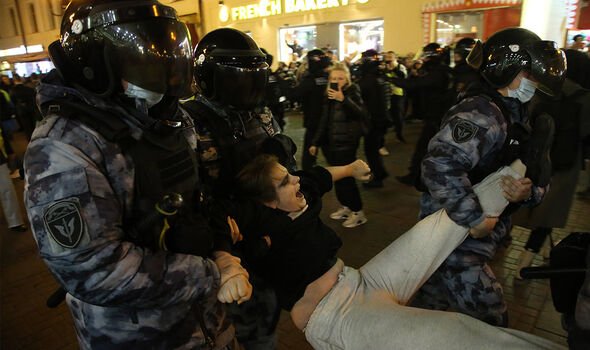 Tatiana Stanovaya, an expert on Kremlin politics, tells the Guardian that this could also mean Putin is looking for an excuse to use nuclear weapons.

She said: “Everything that’s happening today is an absolutely unequivocal ultimatum to Ukraine and the west. Either Ukraine retreats or there will be nuclear war.”

“To guarantee ‘victory’, Putin is ready to hold referendums immediately in order to obtain the right (in his understanding) to use nuclear weapons to defend Russian territory.”

Meanwhile, US President Joe Biden has told the UN General Assembly in New York this week that Putin is making “overt nuclear threats”.

He added: “President Putin has made overt nuclear threats against Europe, and a reckless disregard for the responsibilities of a non-proliferation regime. Now Russia is calling up more soldiers to join the fight, and the Kremlin is organizing a sham referendum.”