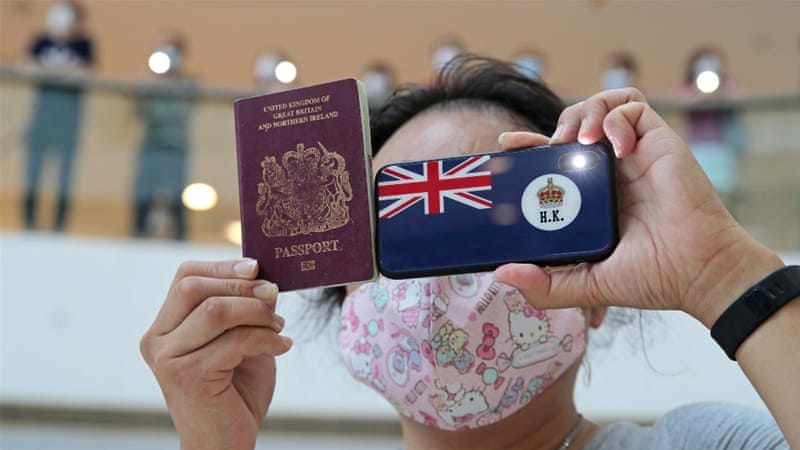 British Prime Minister Boris Johnson has announced that the United Kingdom will consider revisions in its immigration rules, giving more Hong Kong residents a path to residency and citizenship, amid China’s plan to impose a new national security law in the city.

“If China imposes its national security law, the British government will change our immigration rules,” Johnson wrote in an opinion piece published in the South China Morning Post on Wednesday.

Johnson’s column in the paper was published as Hong Kong continues to clamp down on dissent and pro-democracy activities, including the prohibition, for the first time, of the annual June 4 vigil honouring victims of the Tiananmen Square massacre in 1989. A controversial bill that will criminalise “disrespect” of China’s national anthem is also due for a second reading in the territory’s legislature on Wednesday.

Since Hong Kong reverted to Chinese rule in 1997, Johnson said that “the key has been the precious concept of ‘one country, two systems’, enshrined in city’s Basic Law and the Joint Declaration signed by Britain and China”.

He said imposing the national security law “would be in direct conflict with (China’s) obligations under the Joint Declaration, a legally binding treaty registered with the United Nations.”

Johnson warned that what Beijing was proposing in Hong Kong “would curtail its freedoms and dramatically erode its autonomy”.

In response, Johnson said that “if necessary”, the British government would take steps to welcome more Hong Kong residents to the UK.

“This would amount to one of the biggest changes in our visa system in British history,” he wrote.

Among the changes he is proposing is the authorisation for Hong Kong residents carrying British National Overseas passports to have visa-free access to the UK for a renewable period of 12 months, instead of the current six-month limit.

The proposal would also give those passport holders “further immigration rights, including the right to work, which could place them on a route to citizenship”.

An estimated 350,000 people living in the Special Administrative Region of China are eligible, with a further 2.5 million qualified to apply.

“Many people in Hong Kong fear their way of life – which China pledged to uphold – is under threat. If China proceeds to justify their fears, then Britain could not in good conscience shrug our shoulders and walk away; instead, we will honour our obligations and provide an alternative,” Johnson said.

Hong Kong has been rocked by sometimes-violent protests since June last year when the government tried to push through a now-dropped bill that would have allowed people to be sent to China for trial. After a series of mass marches, the rallies evolved into broader calls for democracy with some protests descending into violent clashes with police.

Tom Tugendhat, a member of the British parliament and chairman of its Foreign Affairs Committee, meanwhile, joined his counterparts from Australia, Canada and New Zealand in calling on the United Nations Secretary-General Antonio Guterres to send a special envoy for rule of law and human rights to Hong Kong.

The letter, which Tugendhat posted on social media, warned of the “erosion of the rule of law” in Hong Kong.

They said that China’s proposed national security law in Hong Kong was “a breach” of the deal between the UK and China on Hong Kong.

Late last month, the National People’s Congress, which acts as China’s rubberstamp parliament, cleared the path for the national security law to be imposed on Hong Kong, prohibiting among others acts of sedition, secession, terrorism and foreign interference. It would also allow mainland security agencies to set up offices in Hong Kong for the first time. 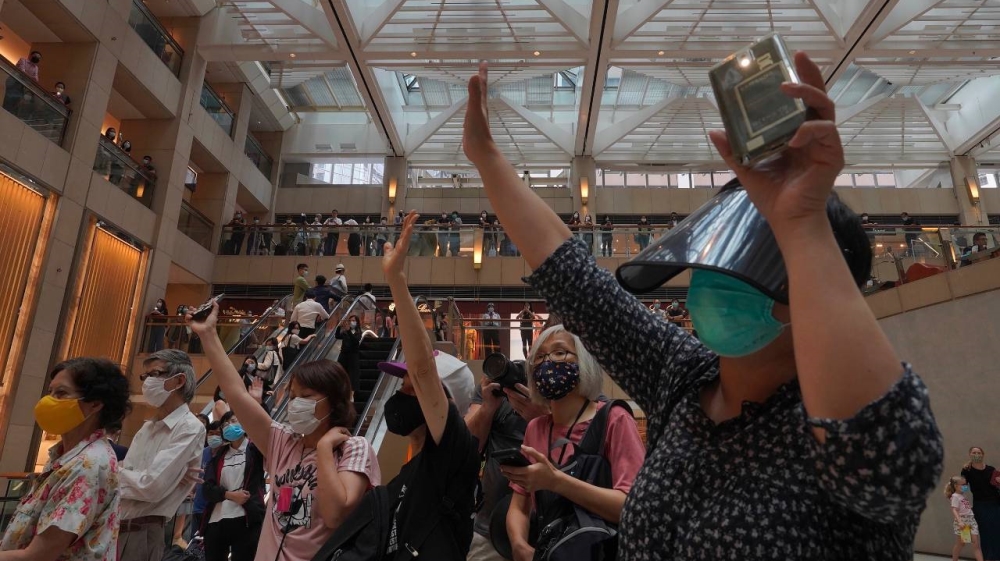 The proposal was greenlighted by Beijing just a day after Hong Kong’s Legislative Council (Legco) approved the second reading of legislation criminalising abuse of China’s flag and national anthem. Pro-democracy members of Legco have accused pro-China legislators of ramming through the bill despite limited debate and have proposed a number of amendments for Wednesday’s debate.

On Tuesday, the UK had also warned that Hong Kong risks losing its status as one of the centres of trade, commerce and culture in the world with the imposition of the new national security law.

The United States had earlier announced that it was stripping Hong Kong of its special status in response to the security bill because it no longer believed the territory had autonomy.