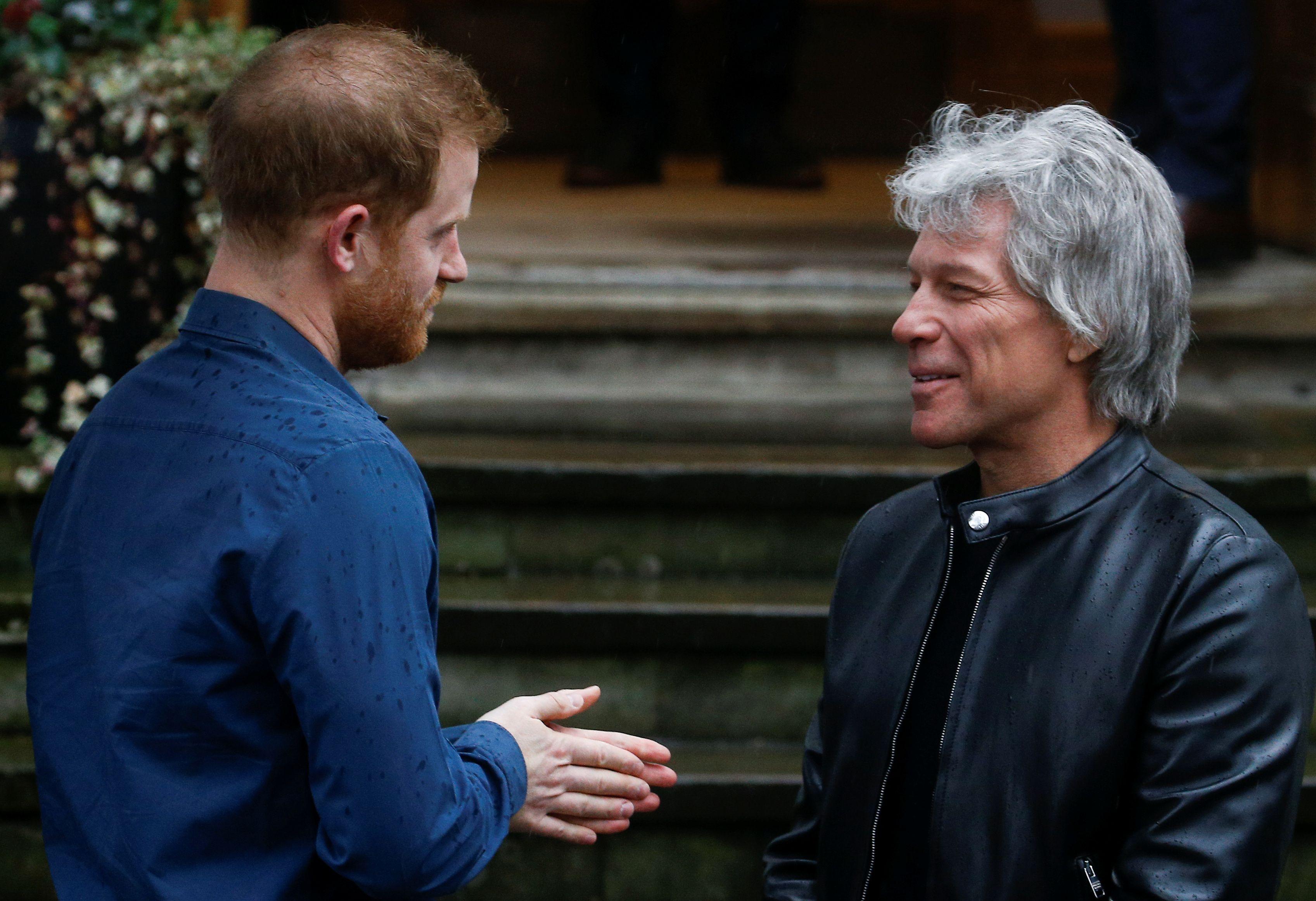 LONDON (Reuters) – Britain’s Prince Harry visited Abbey Road Studios on Friday to meet singer Jon Bon Jovi and members of a military veterans’ choir, in one of his last engagements as a senior member of the royal family.

Harry and Bon Jovi spoke briefly outside the north London building where the Beatles recorded 11 of their 13 albums before heading inside.

A video of the two wearing headphones, with Bon Jovi strumming a guitar before beginning to sing was posted on the official Instagram page of Harry and his American wife Meghan, the Duke and Duchess of Sussex.

The couple announced in January that they would step down from their duties as senior royals, spend more time in North America and aim to become financially independent.

The Invictus Games Choir, who are recording a single for charity, is made up of veterans and serving personnel from the British military.

Proceeds from the sale of the record will go to the foundation that supports the Invictus Games, a sporting event for sick and injured veterans that is one of Harry’s favorite causes.

The song, called “Unbroken,” was created by Bon Jovi to shine a spotlight on veterans living with Post Traumatic Stress Disorder.

The singer’s parents were both in the U.S. Marine Corps, while Harry served in the British military before he took on full-time royal duties.