International inquiry says Saudi journalist’s killing was premeditated ‘by officials of the state of Saudi Arabia’.

The UN human rights investigator leading the international inquiry into the murder of Saudi journalist Jamal Khashoggi said evidence showed he was a victim of “a brutal and premeditated killing, planned and perpetrated by officials of the state of Saudi Arabia”.

Special Rapporteur Agnes Callamard said on Thursday her three-member team had access to part of “chilling and gruesome audio material” of the murder obtained by Turkish intelligence agencies.

“Woefully inadequate time and access was granted to Turkish investigators to conduct a professional and effective crime-scene examination and search required by international standards for investigation,” Callamard said.

Reporting on a week-long mission with her team of three experts to Turkey, Callamard also said she requested access to Saudi Arabia.

She expressed “major concerns” about the fairness of proceedings for 11 people facing trial in the kingdom over Khashoggi’s murder.

Callamard plans to present a final report to the UN Human Rights Council in June.

Khashoggi, a Washington Post columnist who wrote critically about Saudi Crown Prince Mohammed bin Salman (MBS), was killed inside the Saudi consulate in Istanbul on October 2 last year. His body has yet to be found.

Riyadh denies the powerful prince had any involvement, alleging “rogue” Saudi elements acted on their own accord.

On Wednesday, the Wall Street Journal reported that Riyadh was trying to contest an element of a CIA assessment that concluded MBS likely ordered the killing.

A confidential report prepared by Kroll, a large private security firm, for the Saudi public prosecutor found that none of the WhatsApp messages exchanged between Prince Mohammed and his top aide, Saud al-Qahtani, on the day of the murder concerned Khashoggi, the WSJ cited the draft document as saying.

“The existence of those messages between the Saudi prince and Mr Qahtani – who oversaw the team that killed Mr Khashoggi in the Saudi Consulate in Istanbul, according to people familiar with his work – was one piece of evidence cited in the highly classified CIA assessment,” the WSJ reported. 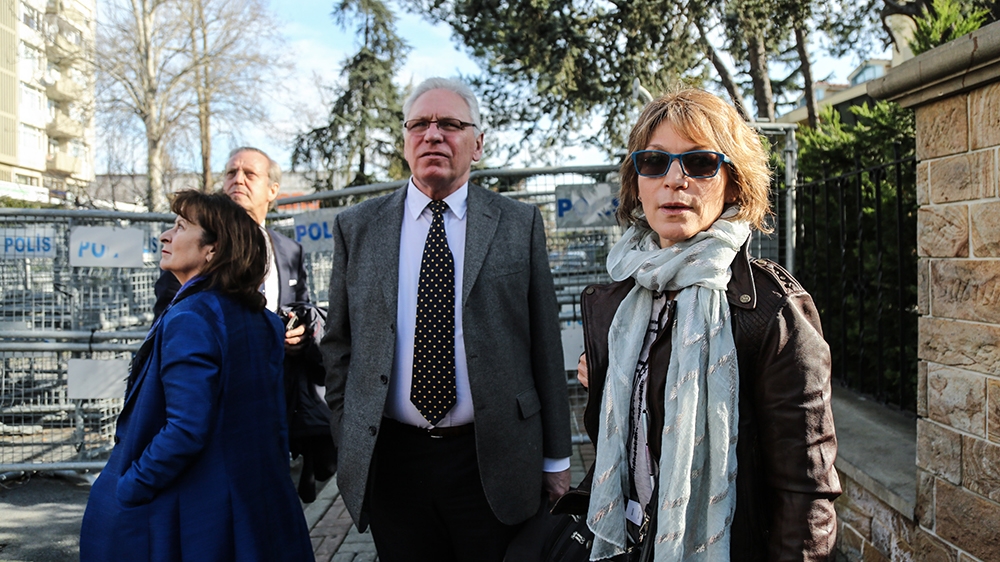 A Saudi public prosecutor’s spokesperson said last year 21 Saudis had been taken into custody over the case, 11 of whom had been indicted and referred to trial.

The prosecutor said earlier this month his office was seeking the death penalty for five of the 11 indicted suspects.

Turkey wants Saudi Arabia to extradite those accused of carrying out the murder to be tried in Turkish courts.

Sigurd Neubauer, from the Gulf International Forum think-tank, said it remains to be seen how the UN’s investigation is received internationally, particularly by the United States – the Saudis’ main ally.

“This is an extraordinary complex diplomatic game that’s unfolding,” he told Al Jazeera.

Saudi Arabia has yet to say if it will allow the UN team of investigators into the kingdom to continue its probe.

“The murder of Jamal Khashoggi and the sheer brutality of it has brought irreversible tragedy to his loved ones,” said Callamard.

“It is also raising a number of international implications which demand the urgent attention of the international community, including the United Nations.”