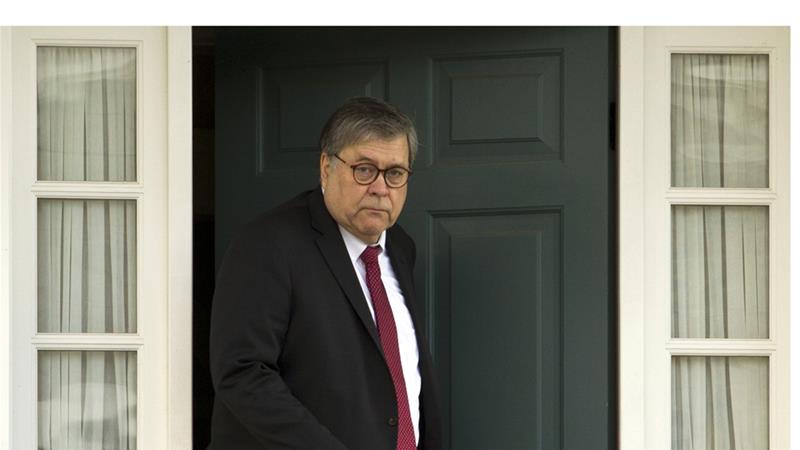 Congressional Democrats have demanded the full release of Special Counsel Robert Mueller’s Russia investigation report that is now in the hands of the US Attorney General, William Barr.

“It is imperative for Mr Barr to make the full report public and provide its underlying documentation and findings to Congress,” House of Representatives Speaker Nancy Pelosi and Senate leader Chuck Schumer, the two most senior Congressional Democrats said in a joint statement.

It also said Barr must not give President Donald Trump or his aides a “sneak preview” of the findings or evidence.

Barr is set to review the long-awaited report on the probe into Russian interference in the 2016 US presidential election and will determine how much to make public.

He said he will release the “principal findings” soon and could provide details of the report in the next two days.

Barr has wide discretion on what he releases, and could withhold any information because it’s classified, or subject to court rules established by the grand jury that helped Mueller collect information.

Because the Justice Department has ruled it will not indict a sitting president, Congress maintains it is the only institution that can hold the president accountable for any wrongdoing that the report may have uncovered.

Senator Bernie Sanders, a presidential candidate in the 2020 election, used the president’s own words to make his case for the report’s release.

“As Donald Trump said, ‘Let it come out’,” he wrote on Twitter.

“The president is not above the law and the need for public faith in our democratic institutions and the rule of law must be the priority,” the chairmen wrote.

The six chairs are Jerrold Nadler of Judiciary and Eliot Engel of Foreign Affairs; Elijah Cummings of Oversight and Reform; Adam Schiff of the Intelligence Committee, Maxine Waters of Financial Services and the Ways and Means Committee’s Richard Neal.

Representative Jim McGovern, a Democrat from the state of Massachusetts, said Americans from both the parties want the report released.

The American people — Democrats, Republicans, and everyone in between — overwhelmingly demand that this report be made public.

We deserve to know the full, unabridged truth. We will settle for nothing less. pic.twitter.com/bJgtQHhVCM

He appeared to be referring to a poll conducted last month by the Washington Post and the Schar School of Policy and Government at George Mason University that found 81 percent of Americans wanted the Mueller report to be made public.

Senator Cory Booker said the American people have a right to see the report because they paid for it.

The Trump Administration shouldn’t get to lock up Robert Mueller’s report and throw away the key. Taxpayers funded this investigation, and we deserve to know the outcome. Let me know if you agree: https://t.co/nYgagcL429