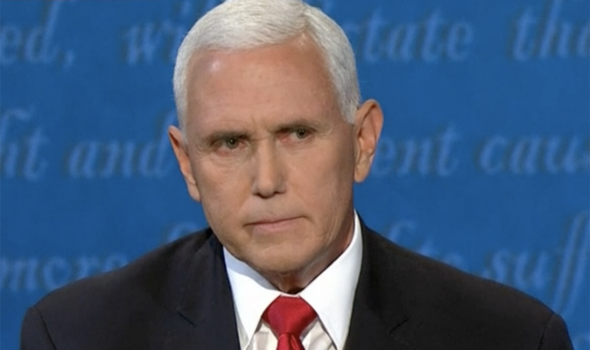 The Vice President responded to a question from debate moderator Susan Page, of USA Today, about President Donald Trump’s wellbeing by targeting his predecessor’s record on the Swin Flu pandemic of 2009. Mr Pence used the previous, much less lethal pandemic to underscore “failure” from the Democrats in government.

Mr Pence said: “When you talk about failure in this administration, we actually do know what failure looks like in a pandemic.


“If the Swine Flu had been as lethal as the coronavirus, in 2009 when Joe Biden was Vice President, we would have lost two million American lives.”


Earlier, Ms Harris said she would not take a vaccine for the virus if Mr Trump recommended it.


Mr Pence took issue with this, and added: “The fact that you continue to undermine public confidence in a vaccine, if a vaccine emerges during a Trump presidency, is unconscionable.”


He also said: ”The reality is that we’re going to have a vaccine Senator in record time. In unheard of time. In less than a year.”