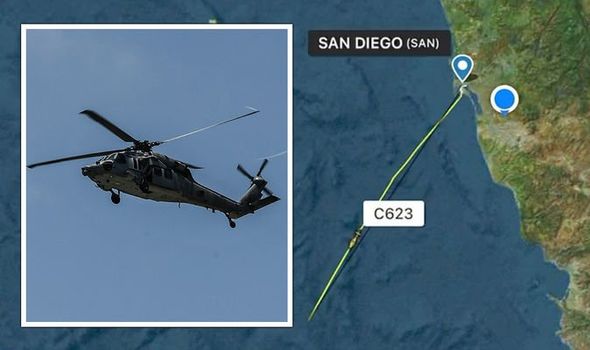 Search and rescue operations are underway around 60 miles off the coast of San Diego to rescue five military personnel who were onboard an MH-60S helicopter. The helicopter crashed into the ocean. It is believed the helicopter was “operating on the deck before crashing into the sea”.

One crew member has been rescued following the crash and has been transported ashore and is expected to survive the incident.

Injuries to three of the sailors from the Lincoln were not serious, and they are being treated aboard the ship.

Two others had more severe injuries and were taken ashore for treatment.

The US Third Fleet said in an news release: “The Sailor who was rescued from the aircraft was transported ashore and is in stable condition.

“The aircraft, from Helicopter Sea Combat Squadron (HSC) 8, was operating on deck before crashing into the sea.

“Five additional Sailors aboard Abraham Lincoln suffered injuries in the incident and are in stable condition.

“An investigation into the cause of the incident is underway.”

“Search and rescue operations are ongoing with multiple Coast Guard and Navy air and surface assets.”

The helicopter is assigned to USS Abrahan Lincoln, a Nimitz-class aircraft carrier at Naval Air Station North Island, on Coronado.

The MH-60S is an aircraft that typically carries a crew of around four and is used in combat support missions and humanitarian disaster relief and search and rescue.

According to NBC San Diego, an investigation of the incident is underway.