Hoda Muthana who was vocal on Twitter under the handle Umm Jihad, ran away to Syria in 2014 where she lived under ISIL. 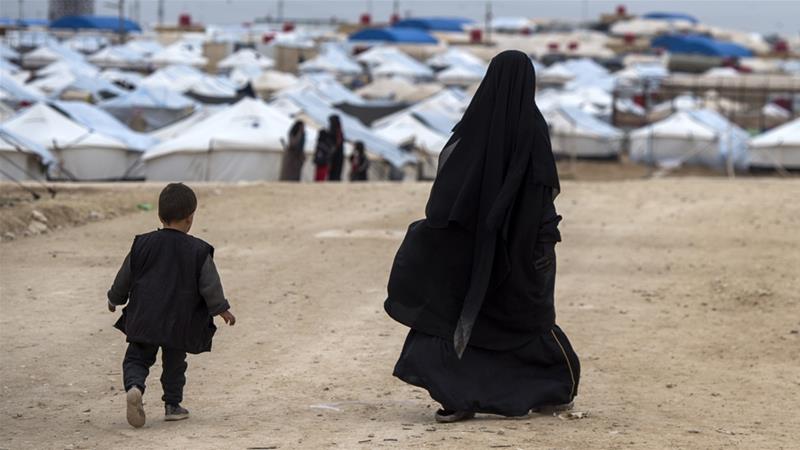 A US woman who ran away from home at the age of 20 to live as part of ISIL’s so-called “caliphate” says she “deeply regrets” her decision, and has pleaded with United States authorities to allow her to return home.

Hoda Muthana, now aged 24, told the Guardian newspaper that she made a “big mistake” when she left the US four years ago, claiming she was brainwashed into doing so online.

Speaking from the al-Hawl refugee camp in northern Syria, the same camp where British teenager Shamima Begum is being kept, Muthana said she misunderstood her faith when she left her home in Alabama and aligned herself to the Islamic State of Iraq and the Levant (ISIL, also known as ISIS).

“We were basically in the time of ignorance … and then became jihadi, if you like to describe it that way,” she said.

“I thought I was doing things correctly for the sake of God,” she added.

According to previous reports, Muthana tricked her parents into letting her go to Atlanta for a school field trip but then used her college tuition to board a plane from the US to the Middle East, first flying to Turkey and then travelling on to Syria.

Muthana said she settled in Raqqa, the former de facto capital of ISIL, where she married an Australian fighter, Suhan Rahman, the first of her three husbands.

It was during this time that Muthana became a high-profile advocate of ISIL on Twitter where she famously uploaded a picture of four passports – American, Canadian, UK, and Australian.

“Bonfire soon, no need for these anymore, alhamdulliah [thanks be to God],” she captioned the image.

After her husband Rahman was killed in the Syrian town of Kobane, she also angrily wrote: “Terrorize the kuffar at home,” using the Arabic term for infidels, used as a derogatory term for non-Muslims by some.

In a second Tweet: “Americans wake up! Men and women altogether. You have much to do while you live under our greatest enemy, enough of your sleeping! Go on drivebys, and spill all of their blood, or rent a big truck and drive all over them. Veterans, Patriots, Memorial, etc day … Kill them.” 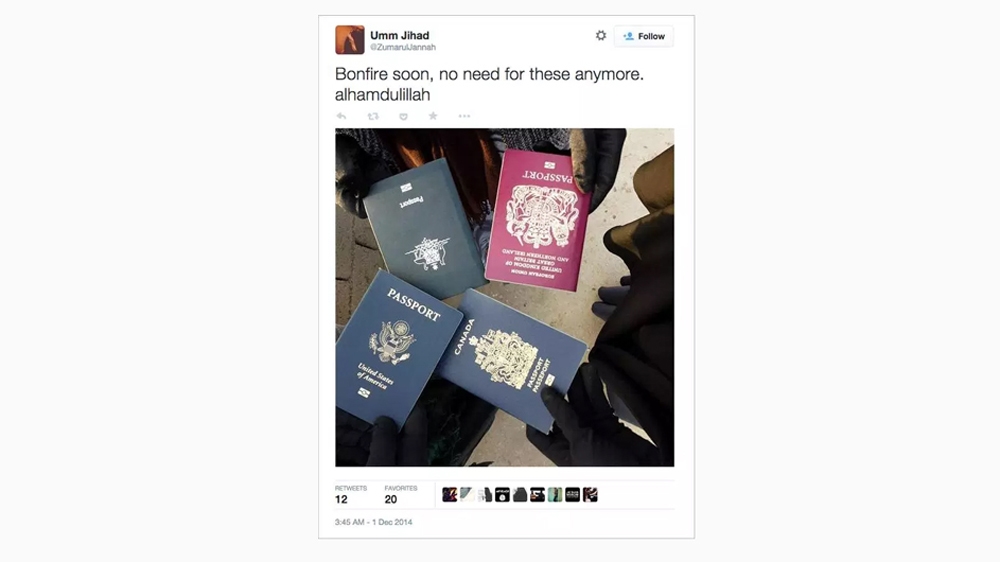 For several months in 2015, her Twitter feed was full of praise of ISIL and she says she “remained a zealot” until the following year. She also told the Guardian that her account was taken over by others.

“I look back now and I think I was very arrogant,” she said.

“Now I’m worried about my son’s future … I was brainwashed once and my friends are still brainwashed.”

With her 18-month-old son playing beside her, Muthana described to the Guardian her time with ISIL as “mind-blowing”, and claimed she was “traumatised by my experience”.

“It was like a movie. You read one book and think you know everything. I’m really traumatised by my experience. We starved and we literally ate grass”.

According to the Guardian, Muthana is the only US citizen among an estimated 1,500 foreign women and children at the al-Hawl refugee camp of 39,000 people, located around two hours from Baghuz, a small, remote village in Deir Az Zor province where the final battle against ISIL is under way.

The US officially declared victory against ISIL in December and since then has urged European nations and other countries to repatriate and prosecute their citizens who travelled to join the armed group.

In a series of Tweets on Sunday, US President Donald Trump today told western countries to repatriate them or Washington would be forced to release them.

“The United States is asking Britain, France, Germany and other European allies to take back over 800 ISIS fighters that we captured in Syria and put them on trial. The Caliphate is ready to fall. The alternative is not a good one in that we will be forced to release them.”

Related posts:
Recent Posts
Latest Posts
Security company settles lawsuit filed by Denver artist beaten by guard at Union Station
Biden targets older voters with an ad claiming that Trump poses a threat to Social Security.
Asian shares struggle to shake off U.S. selloff amid coronavirus comeback
Name suppression lifted on woman accused of murdering Southland man Dale Watene
Fast-burning wildfire triggers power cuts, evacuations across California
This website uses cookies to improve your user experience and to provide you with advertisements that are relevant to your interests. By continuing to browse the site you are agreeing to our use of cookies.Ok