Although hundreds have defected, analysts say until there’re breaks in upper ranks, there’ll be little effect on Maduro. 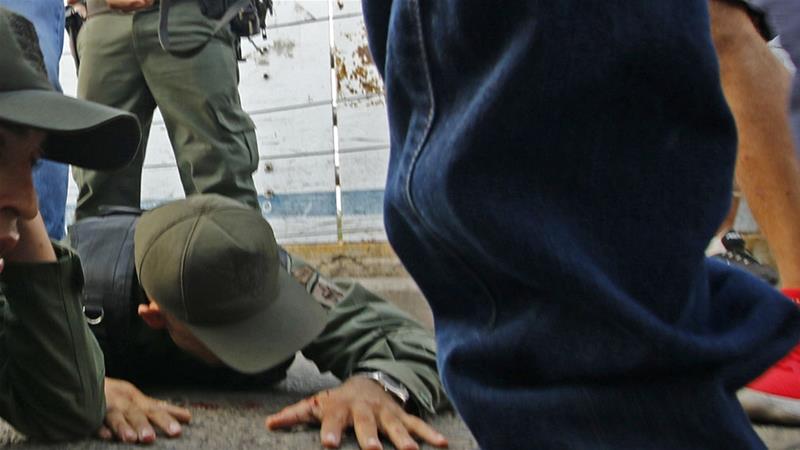 Ricardo said Chavez inspired him to join the armed forces.

A member of the Venezuelan National Guard, Ricardo defected on Saturday, in an escape he had planned for days with a colleague, leaving the military and their homeland behind them.

“I was filled with adrenaline, nerves and fear, but I was greeted with open arms by Colombia and now I will continue fighting for Venezuela’s freedom,” said Ricardo, 23, who, after four years’ training, served for just six months.

“They’d threaten us. If we weren’t part of their political party, they’d lock us up,” Ricardo said about the Venezuelan government.

After months of feeling trapped and frustrated in the military, the young soldier saw the border operation as his chance to escape, even if it meant leaving his young fiancee and four-month-old child behind.

“I didn’t have the chance to make this decision before. Another colleague and I followed through on what we had been planning for several days. We took the risk of crossing the border and recognised Guaido as our rightful leader,” he said at a migration centre in Cucuta, where dozens of defectors dressed in their uniforms were being officially registered by authorities.

Cause for concern for Maduro?

According to Colombian migration authorities, more than 560 members of Venezuela’s armed forces have defected to Colombia, but analysts say until there are breaks among the higher ranks, such defections are likely to have little effect on Maduro.

Venezuela’s military leaders have repeatedly affirmed their support for Maduro. Last weekend, as the US-backed opposition planned their efforts to bring aid across the border, Venezuelan Defence Minister Vladimir Padrinos said opposition leaders would have to pass over “our dead bodies” to install a new government.

“The fracture of the military unit is an important element in the transition that is coming in Venezuela. The dissidents will help consolidate the hierarchy of the new government and reflect how cracked the regime is,” said Sergio Guarin, director of the post-conflict programme in Fundacion Ideas para la Paz, a Colombian peace and conflict think-tank.

“However, until there is a dissidence within the power ring close to Venezuela’s Minister of Defence, Vladimir Padrinos, the dissidence will not be the breaking point for the Maduro’s government,” he told Al Jazeera. 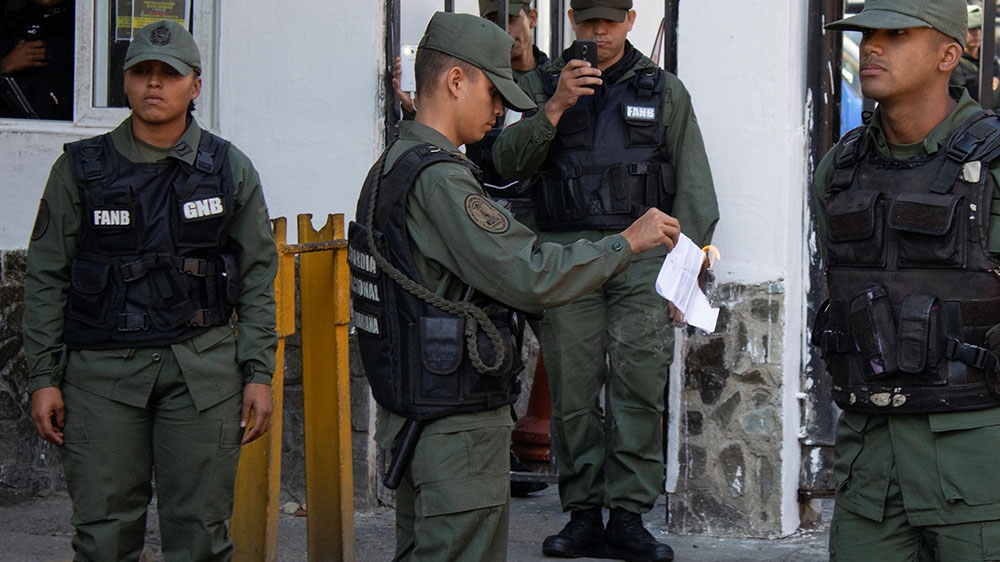 “Four hundred from an army of 200,000 is virtually nothing,” Guzman told Al Jazeera.

“It’s something that affects morale because no military wants to have defectors, but it’s not significant in terms of turning the tide,” he added.

“Many people expected a domino effect of sorts, and I think this is not a domino of 400 pieces, it is a domino of 200,000 pieces, and to see 400 men and women at arms change sides to a really unexpected future gives hope that there may be many more, but that hasn’t manifested.”

‘I was a Chavista’

Daniel*, another defector, said he was the first to cross into Colombia last weekend.

He entered through an illegal ditch passageway near the Simon Bolivar bridge, where the main part of the violence unfolded on Saturday.

“I was operating a military vehicle and I abandoned it and went off with my colleague when the confrontation began on the bridge,” the 31-year-old National Guard said. “I didn’t go across the bridge because I thought the pro-government armed groups might have lynched me – the ones that were throwing petrol bombs and shooting at people – so that’s why I crossed through the ditch,” he said.

Like Ricardo, he also used to support the socialist government under Chavez.

“Truthfully, I was a Chavista. I voted for Hugo Chavez and believed in his government project,” said Daniel, who served in the military for 12 years, following in his father’s footsteps.

“But since his death, the country’s situation changed a lot and it quickly became clear that the project wasn’t going anywhere,” he added. “I’ve never believed in Maduro, even his way of speaking, he says such stupid things and he wasn’t the one to take control of the country.” 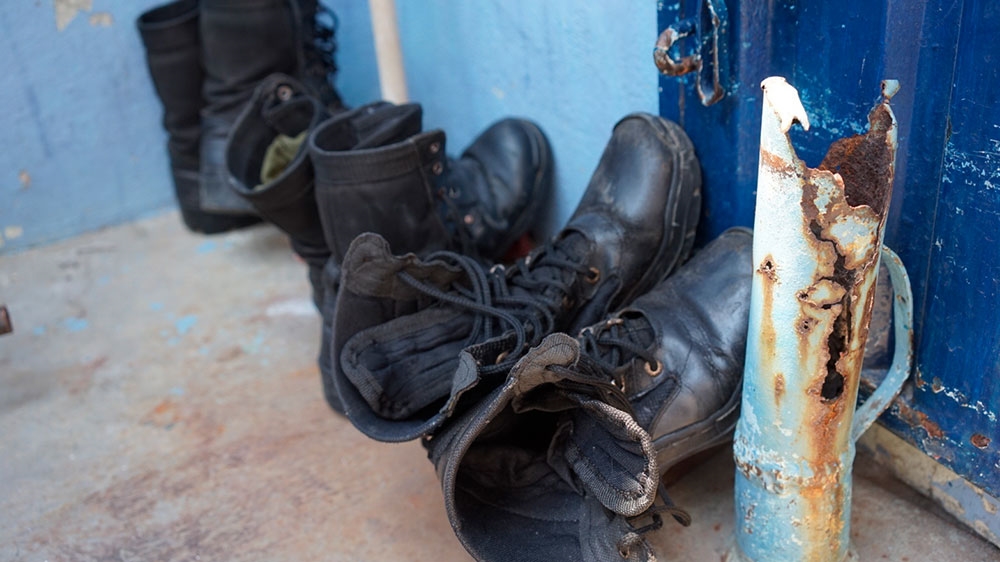 Since defecting, Daniel, who grew up and lived close to the Colombian border, made sure his wife and child were moved to another city for their safety.

Maduro has denied there is a humanitarian crisis in the country despite hyperinflation and food and medicine shortages. More than three million people have fled since 2014.

“The situation in Venezuela affected me a lot, or more importantly, my two-year-old son. We weren’t able to get milk or diapers, all of that we had to get on the Colombian side,” Daniel said. “It was hard to find in Venezuela, and if you could get it, it was overly expensive.”

Guaido, who declared himself interim president last month, has repeatedly called for the military’s support and promised some level of amnesty.  On Saturday, he praised those who have switched their allegiance.

“The guards and members of the Armed Forces who decided to join our struggle are not defectors. They have decided to side with the people and the Constitution! Welcome! The arrival of freedom and democracy in Venezuela is now unstoppable,” Guaido tweeted.

However, some critics have called the actions of these men and women cowardly.

“I don’t see myself as a coward or as a defector, I see myself as someone fighting for the benefits of all Venezuelan people, for what they all deserve,” Daniel said.

Daniel knows that Venezuela isn’t going to get better overnight, but hopes that Maduro will make “the right decision soon” and let Guaido take the reigns of his country.

“Leave government. Make the right decision and hand the power over to Guaido,” Daniel said in a message to Maduro. “Let the country be free, hand it over, before there’s a bloodbath.”

*Name has been changed to protect the individual’s identity. 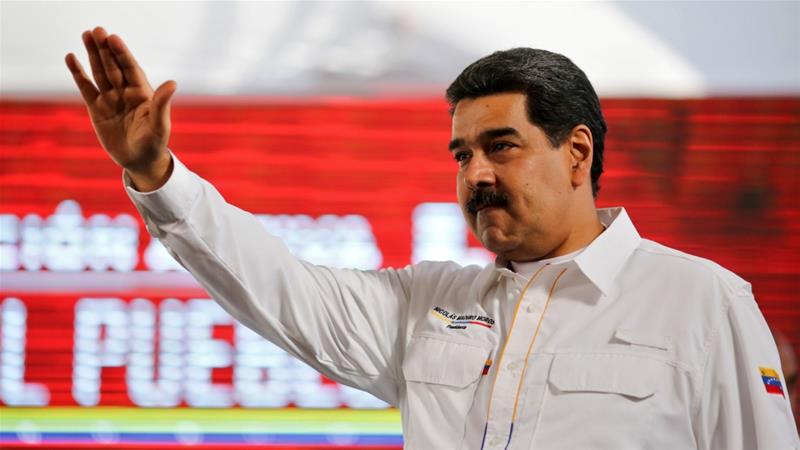 What’s next for Venezuela’s political crisis?