Venezuelans express hope, fear, disillusionment as opposition-set deadline for aid to be allowed into Venezuela nears. 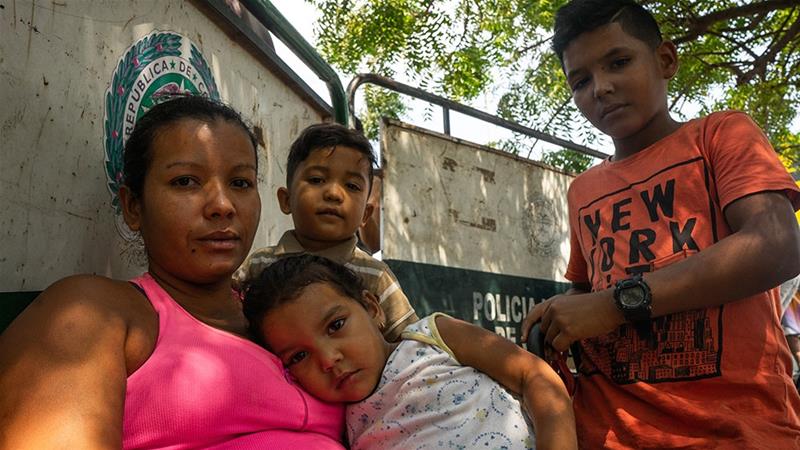 Cucuta, Colombia – Alejandra Oliveira and her family sat beneath a tree just a few metres from the border between Colombia and Venezuela. They were selling water and other fresh beverages to passersby.

“This is the best place for sales,” she told Al Jazeera, cradling her baby daughter. Oliveira arrived in the border town of Cucuta a year and a half ago. She used to work in a shoe factory – now she lives from the little she makes from selling items on the side of the road.

Oliveira‘s family is struggling to find work, proper housing and a school for her three children.

“We were expecting a friendly hand when we got here, but that’s not what we found,” she said.

“I feel sad, desperate because we can’t find jobs, my kid can’t study. We can’t do anything here,” she said, tears rolling down her face.

Like many Venezuelans, Oliveira fled “because of hunger” and hyperinflation. The dire economic crisis in Venezuela has also paralysed access to medicine and other basic supplies.

Guaido, the US-backed self-declared interim president, set a Saturday deadline for Maduro to allow aid into the country. Hundreds of tonnes of food, medicine and supplies, mostly provided by the United States, has been stockpiled in Cucuta. 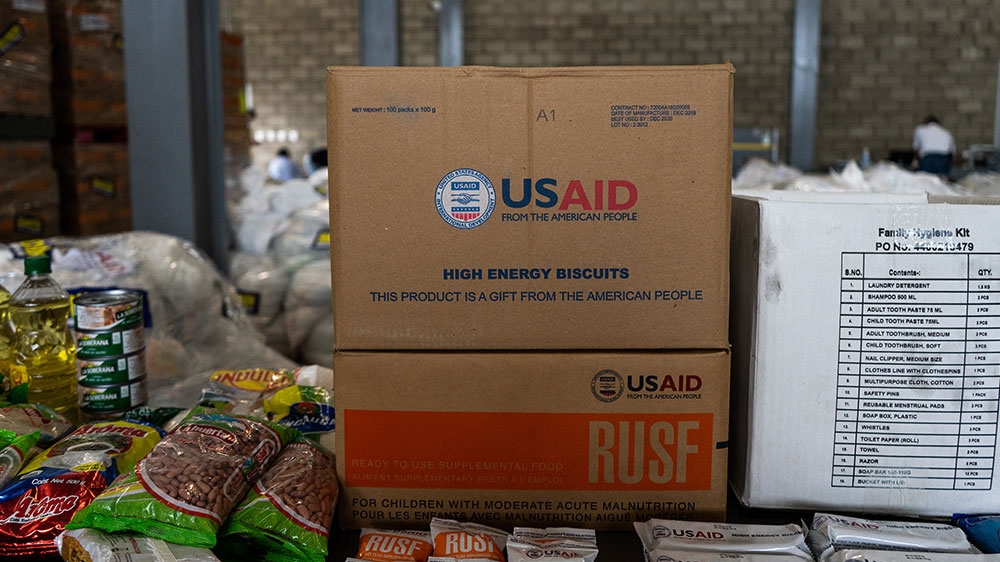 Maduro, who accuses Guaido and the US of staging a coup, said on Thursday that he was closing Venezuela’s border with Brazil “until further notice” and was considering doing the same on the Colombian border.

Maduro has denied there is a humanitarian crisis in the country, and called the aid caravan a “provocation”. Many say Saturday will be a major test for the military, which has so far stayed loyal to Maduro.

In Cucuta, many Venezuelans are hopeful, but also wary, and some are simply disillusioned.

The sea of people crossing the bridges connecting Venezuela and Colombia is filled with mothers carrying babies, men pushing carts full of supplies or entire families carrying a piece of luggage with all their belongings.

“We hope the aid passes and that Maduro steps down and goes away,” Oliveira said.

“It’s the best for us, Venezuelans, who are outside of the country and for many children who are starving,” she added. 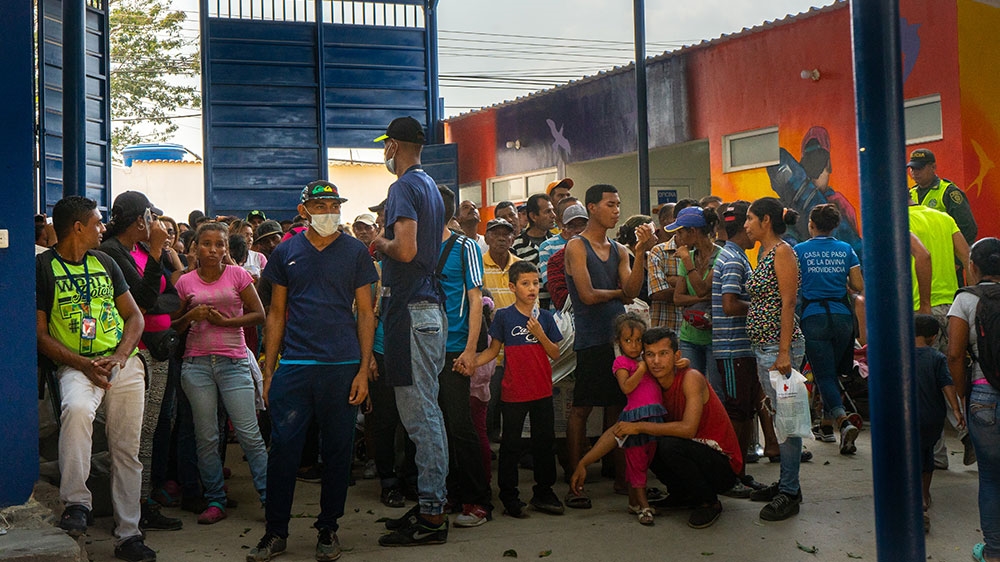 Freddy Romero, who still lives in Venezuela, but crosses the border nearly every day to serve meals at a soup kitchen along the border, said he fears there may be bloodshed.

“We are going to help the aid go in,” he told Al Jazeera.

“But we do not want to fight our fellow compatriots on the other side of the bridge,” he added. “Let’s hope something changes.”

Kenyer, 29, waited in line for more than four hours to get a plate of hot food. Visibly thin and tired, Kenyer, who did not give his surname, said he has become disillusioned with the political crisis and tug-of-war currently taking place in his country.

“Life will just continue to go on”, he told Al Jazeera, adding that he left Venezuela four months ago and made it to Peru, but was forced to turn back to Cucuta due to the challenges there.

“Nothing will change. I don’t believe it,” he said.

But Yumilla Ferrera, 61, who was headed to Ecuador expressed hope as she set out to meet her daughter.

“I’m leaving everything behind,” she told Al Jazeera.

“I left my house, two apartments, trucks, but what good are those when you can’t find a fruit, a seed, anything?” she said, adding that she struggled with leaving her seven grandchildren and her parents behind.

“I have to go. I’m crossing today because we don’t know what will happen in Venezuela tomorrow. Let’s hope it’s something good. The contrary would be terrible,” she said. “I have hope for a new life, do you understand? It’s like I escaped from the darkness. Now I see light”.