Russia’s relations with the West have plummeted to an all-time low during that time after a series of hostile acts ruined any chance of mutual cooperation. From the Salisbury poisonings to the invasion of Ukraine, Mr Putin has decisively put Russia on an anti-western path but pictures show his declining health amid warnings he is unwell.

He was born on October 7, 1952 in St Petersburg (then called Leningrad) in the Soviet Union.

He joined in 1975 and rose through the ranks and served in East Germany during the Cold War.

He served his first term as president of Russia from 2000 to 2008 and then became prime minister until 2012. 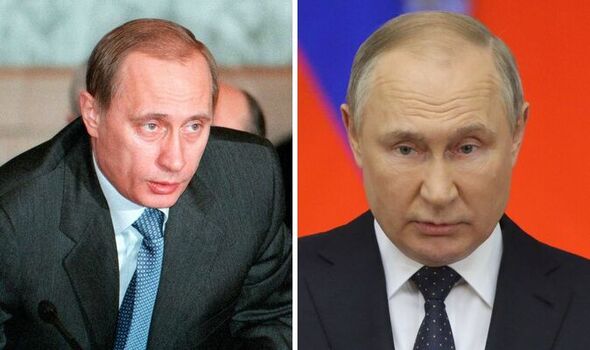 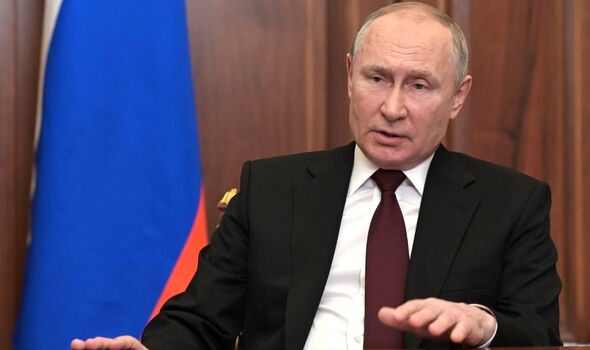 The Russian President turns 70 in October and his public appearances have sparked theories that he may be suffering from a medical condition and not have long to live.

He was spotted meeting Belarusian President Aleksandr Lukashenko in April and displayed what looked like symptoms of Parkinson’s disease.

The Russian leader restlessly tapped his foot and his hand was visibly shaking as he welcomed Mr Lukashenko.

But the biggest clue about Mr Putin’s health may be in his facial appearance. 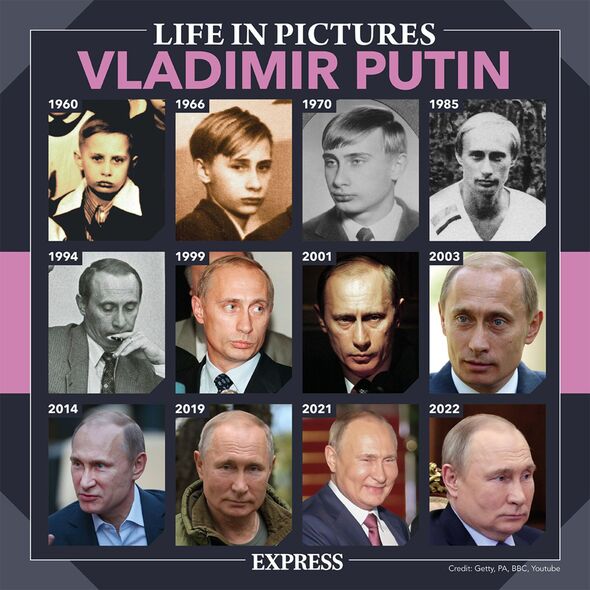 Russia’s President has always portrayed himself as a strongman and been pictured wrestling bears or riding horses shirtless.

But since 2019 his facial features have become increasingly bloated and his posture slumped.

“We know that he has complained about having back issues.” 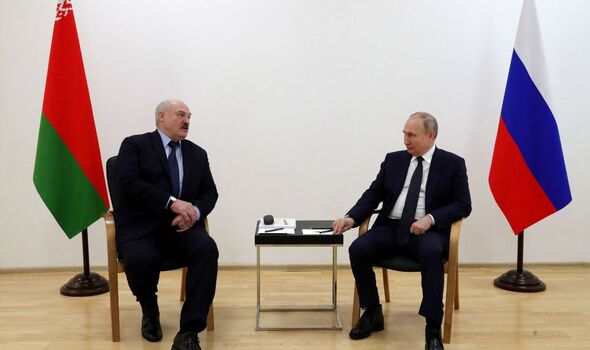 The public appearances of Mr Putin are a world away from the youthful figure he looked in the early 2000s when he was prime minister.

Reports of the Russian President’s ill health have even led to speculation about his botched invasion of Ukraine.

Some say he wanted to win the conflict quickly to assure his legacy as a leader who showed the world Russia’s strength.

The failed plan has led to a protracted war of attrition in the east of Ukraine where hundreds of soldiers are killed each day fighting over villages.

In May, Russia held its annual Victory Day parade in what is traditionally a grand display of military strength.

But Mr Putin was spotted with a wool blanket wrapped around his legs looking frail as he watched the march.

Since Russia invaded Ukraine, thousands of troops have died from both armies and civilian infrastructure has been destroyed at an alarming rate.

If he is unwell, the Russian President will be hoping to make much quicker progress in the war before his health deteriorates further.