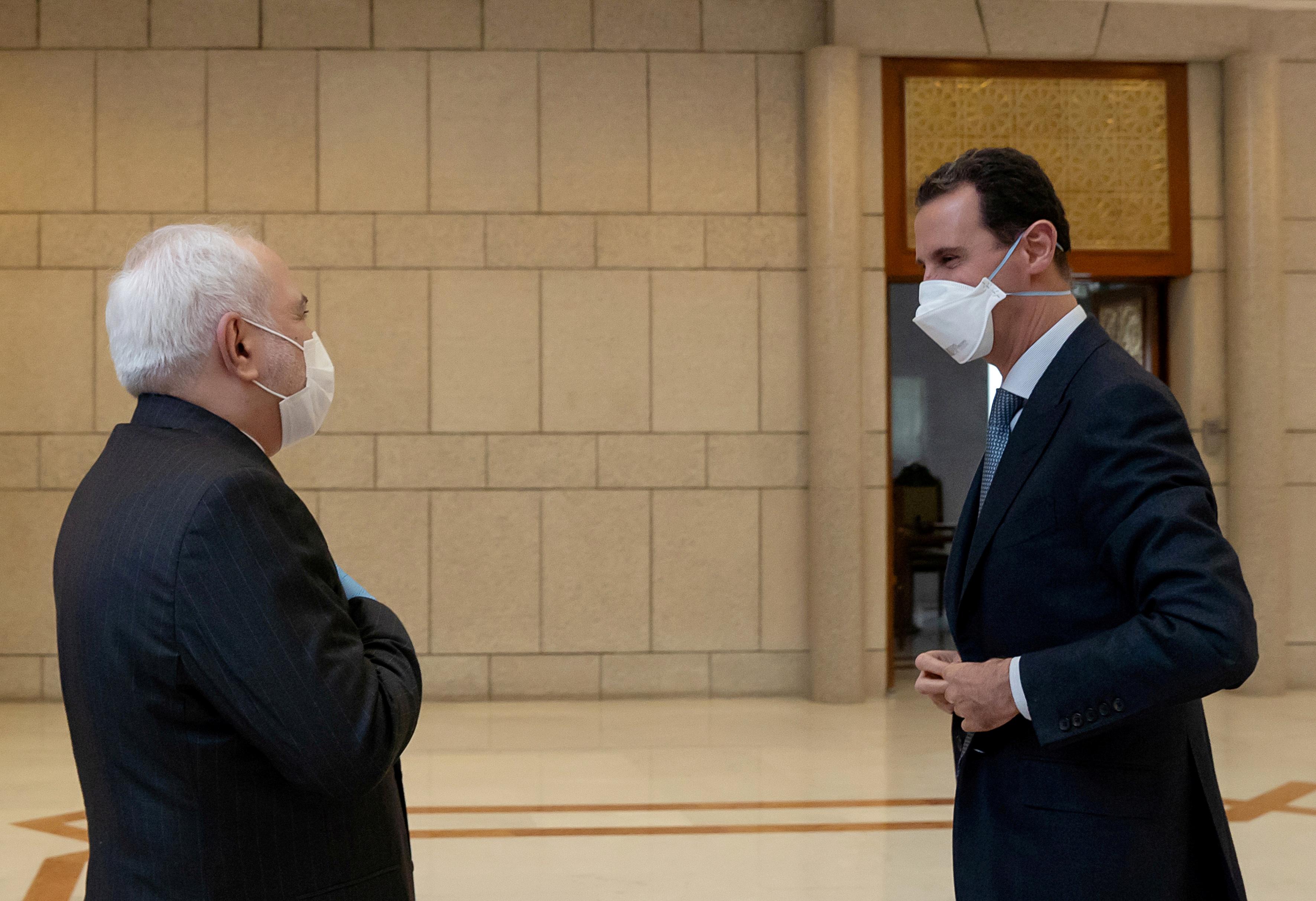 State media said Assad conveyed condolences to Iran, where more than 5,200 people have died from the disease.

Echoing comments by Iranian President Hassan Rouhani, Zarif, who was also wearing gloves, was quoted as saying the U.S. administration showed its “inhumane reality” by its refusal to lift sanctions on Syria and Iran when coronavirus was spreading around the world.

Assad said the handling of the crisis showed the West’s moral failure.

U.S Secretary of State Mike Pompeo has held out the possibility that the United States may consider easing sanctions on Iran and other nations to help fight the epidemic but given no concrete sign it plans to do so.

The United States has also ratcheted up sanctions on Syria since the uprising against Assad began in March 2001. The State Department says it is “trying to deprive the regime of the resources it needs to continue violence against civilians”.

The Syrian government says it has 39 confirmed cases of coronavirus and three dead. Medics and witnesses say there are many more. Officials, who deny any cover-up, have imposed a lockdown and measures including a night-time curfew to stem the pandemic.

The presence of thousands of Iranian militias fighting alongside Assad’s forces in Syria and Iranian pilgrims have been cited by some medics and humanitarian workers as a main source of the contagion in Syria.

Related posts:
Recent Posts
Latest Posts
Warehouse worker, 23, crushed to death under running forklift in horror accident
Asda to crack down on shoppers without face masks
JPMorgan set to pay $1 billion in spoofing penalty – Bloomberg News
Beyond TikTok, Walmart Looks to Transform
Louisville police officer Brett Hankison indicted in Breonna Taylor’s death
This website uses cookies to improve your user experience and to provide you with advertisements that are relevant to your interests. By continuing to browse the site you are agreeing to our use of cookies.Ok