Storm Dennis, the combination of two storm centres over the Atlantic, caused rivers in Wales and Yorkshire to break their banks. Several towns, including York, and villages in South Wales were partially submerged by water.

When will Storm Dennis stop?

There are still 274 flood warnings and 348 flood alerts in effect across England.

The red warning for rain in South Wales is no longer in effect. 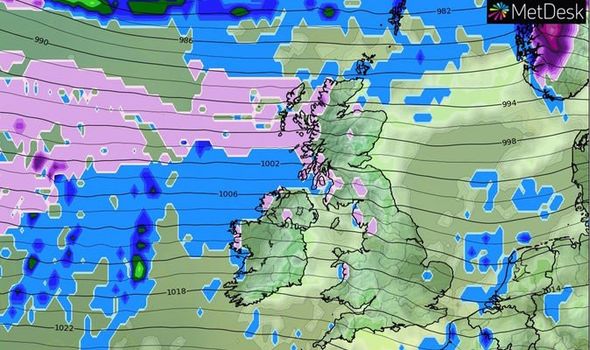 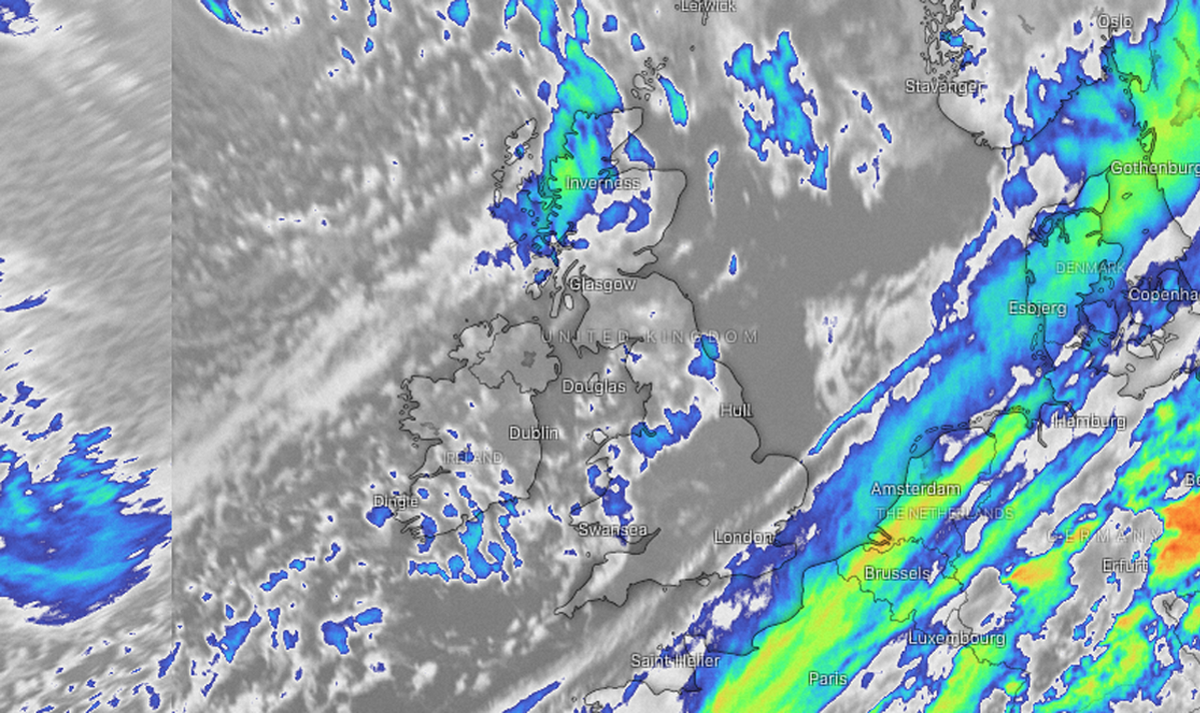 In Scotland, 16 flood alerts and 17 flood warnings are in place.

After today’s downpours, the weather looks to clear up as Storm Dennis weakens this evening.

However, there is still one wind weather warning in place for Monday. 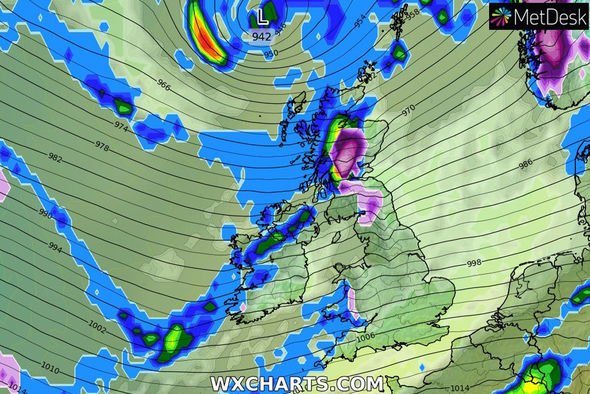 In effect until 11am, the warning covers all of Northern Ireland, Scotland, the north of England and the west coast of England.

The Met Office said: “Some very strong winds are likely in association with Storm Dennis.

“Gusts of 50-60 mph are likely quite widely within the warning area for much of the period. Gusts of 70 mph are likely at times, more especially across western Scotland on Sunday afternoon and evening, as well as in association with heavy showers elsewhere.

“A separate swathe of 70-75 mph gusts probably crossing the far north of Scotland and Orkney for a time early on Monday.”

Snow is likely to fall in Scotland on Sunday and Monday on higher ground.

A WX Chartss map forecasts about 10mm of snow to fall from 8pm Sunday onwards.

Scotland will bear the brunt of most of the rain throughout Sunday, particularly the Highlands.

The Met Office’s forecast for the Highlands states: “Some bright spells with showers or longer spells of rain, sometimes heavy with snow over high ground. 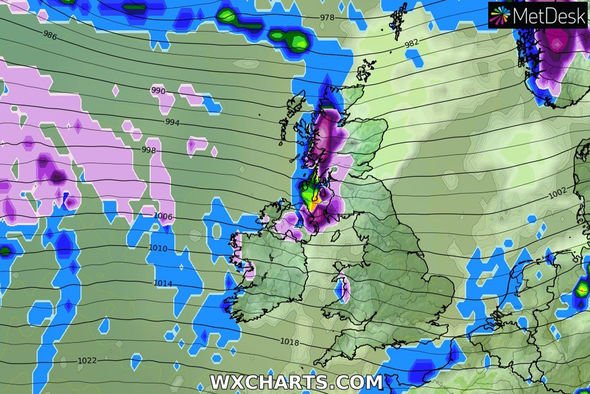 The latest UK forecast from the Met Office says: “Rain soon clearing the far south-east of England, then colder with a mixture of clear spells and showers, these heavy and squally in the west and north with a risk of hail and thunder.

“On Monday, windy with sunshine and showers, these heavy at times with a chance of hail and thunder and falling as snow over higher ground in the north later.

“Sunshine and showers on Tuesday, some heavy and wintry in north.”