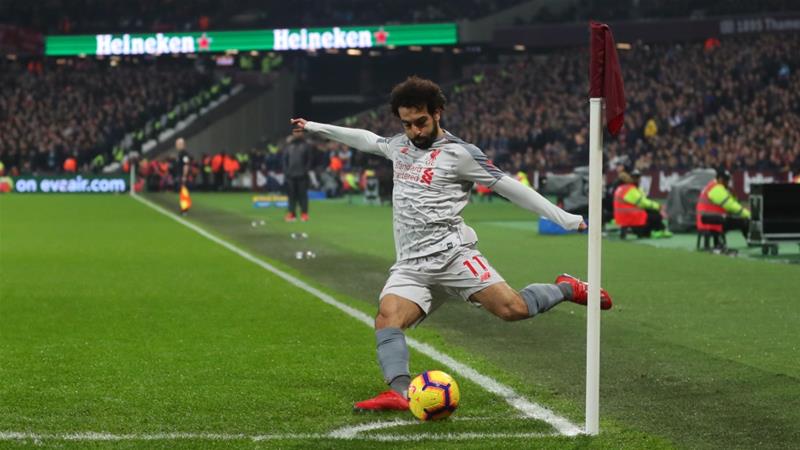 A video emerged on social media on Wednesday in which audible racial slurs are allegedly directed at the 26-year-old Egyptian Muslim player as he was taking a corner.

The user who posted the video on Twitter said, “I went to watch West Ham vs Liverpool and I was disgusted by what I was hearing. People like this deserve no place in our society, let alone football matches.”

In a statement on Wednesday, a West Ham spokesman said the club has a “zero-tolerance policy” to any form of violent or abusive behaviour.

“We are an inclusive football club. Regardless of age, race, religion or belief, marriage or civil partnership, pregnancy or maternity, sex, sexual orientation, gender reassignment or disability, everyone is warmly welcomed at London Stadium,” he said.

“Anyone identified committing an offence will have their details passed to the police and will face a lifetime ban from London Stadium. There is no place for this kind of behaviour at our stadium.”

The Metropolitan Police told the Reuters news agency in an email that its officers are in the process of reviewing the footage.

In a breakout season, the Egyptian striker helped his club reach its first Champions League final in a decade.

Responding to reports of the alleged abuse, Kick It Out, a UK-based anti-discriminatory group, said: “We are dismayed to see yet another high-profile incident of discrimination in English football – this time a video of disgraceful anti-Muslim abuse aimed at Liverpool’s Mohamed Salah by a West Ham United supporter.”

The group offered its support to the FA, England’s football association, and the UK Football Policing Unit in the investigation

“This type of behaviour is simply unacceptable and must be challenged swiftly and decisively,” it said in a statement.

According to FIFA’s diversity and anti-discriminatory policy, “discrimination of any kind on account of race, skin colour, ethnic, national or social origin … religion is strictly prohibited and punishable by suspension or expulsion.”

In December, an investigation was launched by Chelsea football club and UK police into alleged racist remarks by a fan directed at Manchester City and England’s national team player Raheem Sterling during a league game.

In Italy, Inter Milan was penalised after its supporters made monkey noises at Napoli player Kalidou Koulibaly, a French-born Senegal defender, during a Serie A match.