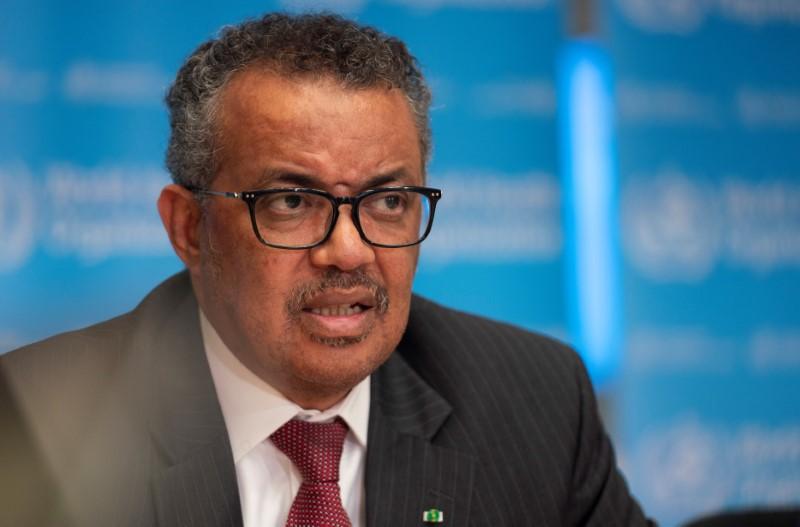 GENEVA (Reuters) – The World Health Organization (WHO) is finalizing arrangements for Chinese suppliers to export protective gear for health workers and aims to build a “continuous pipeline”, WHO director-general Tedros Adhanom Ghebreyesus said on Thursday.

Tedros, in weekly remarks to diplomats made available by the Geneva-based agency, said the WHO was seeking to contract more laboratories to conduct independent evaluations of diagnostic kits and was working with companies to secure supply.

“My focus on diagnostics and PPE (personal protective equipment)…is because, as you know, there is a flow of requests from many countries, and to show that we’re doing our best, but the shortages will continue to be a challenge.”

WHO’s three-month appeal of $675 million for the fight through April is almost fully funded but will not be enough, he said. WHO is working on the next phase of a plan with the World Bank, Global Fund, and International Monetary Fund, he added.