Activists and lawyers have called for the officer to be fired. Local authorities are investigating the latest death. 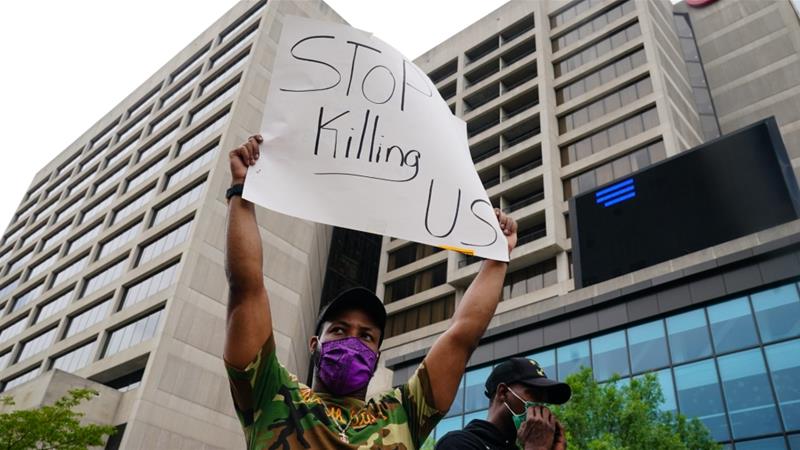 A police officer in a Milwaukee suburb who’s killed three people in five years was suspended by the city’s Police and Fire Commission (PFC) on Wednesday, following calls from local parents and lawyers for his firing.

Joseph Mensah, an officer with the Wauwatosa Police Department, was previously put on administrative leave with pay after the death of Alvin Cole, a 17-year-old Black youth shot by Mensah in February.

The PFC’s five members voted unanimously to suspend Mensah, though he will continue to receive pay while Cole’s death is under investigation by the local district attorney’s office.

Police claim Cole fired a gun at them before his killing. Lawyers representing Cole’s family dispute the claim.

Aside from Cole, Mensah killed two other people: Jay Anderson in 2016 and Antonio Gonzalez in 2015.

The killings of Anderson, 25, and Gonzalez, 29, were both ruled justified.

The complaint to the PFC was filed by Kimberly Motley on June 18, a lawyer representing the families of the shooting victims.

“He’s only been an officer for five years, and within that five, very short years of him being an officer, he has fired his weapon 19 times,” Motley told Al Jazeera. He is also the only officer in his precinct to have killed anyone in the past seven years, she said.

“I do think it’s a homicide. I do think he should be criminally charged for shooting and killing Alvin Cole,” Motley said. “I also think that there may be an argument to be made that he should also be charged with homicide as it relates to Jay Anderson and Antonio Gonzales.”

The Cole family has received support from national organisations as protests on police brutality have spread throughout the US following the alleged murder of George Floyd in Minneapolis.

The social justice sector of Roc Nation wrote an open letter in the Milwaukee Journal Sentinel to Milwaukee DA @DAJohnChisholm,calling for the firing & prosecution of officer Joseph Mensah pic.twitter.com/RvDfh7jSCV

Team ROC paid for a full-page advertisement in a local paper to call on John Chisholm, the Milwaukee County district attorney, to prosecute Mensah.

“If you fail to prosecute Mensah, you’re doing a disservice to the legacies of Alvine Cole, Antonio Gonzalez and Jay Anderson”, the advertisement said.

“The law demands each shot fired from a police officer’s gun is carefully and thoroughly scrutinized. Nineteen shots and three deaths in five years are not a pattern of accidents.”