GENEVA/BEIJING (Reuters) – Hopes the coronavirus would be contained to China vanished on Friday as infections spread rapidly around the world, countries started stockpiling medical equipment and investors took flight in expectation of a global recession. 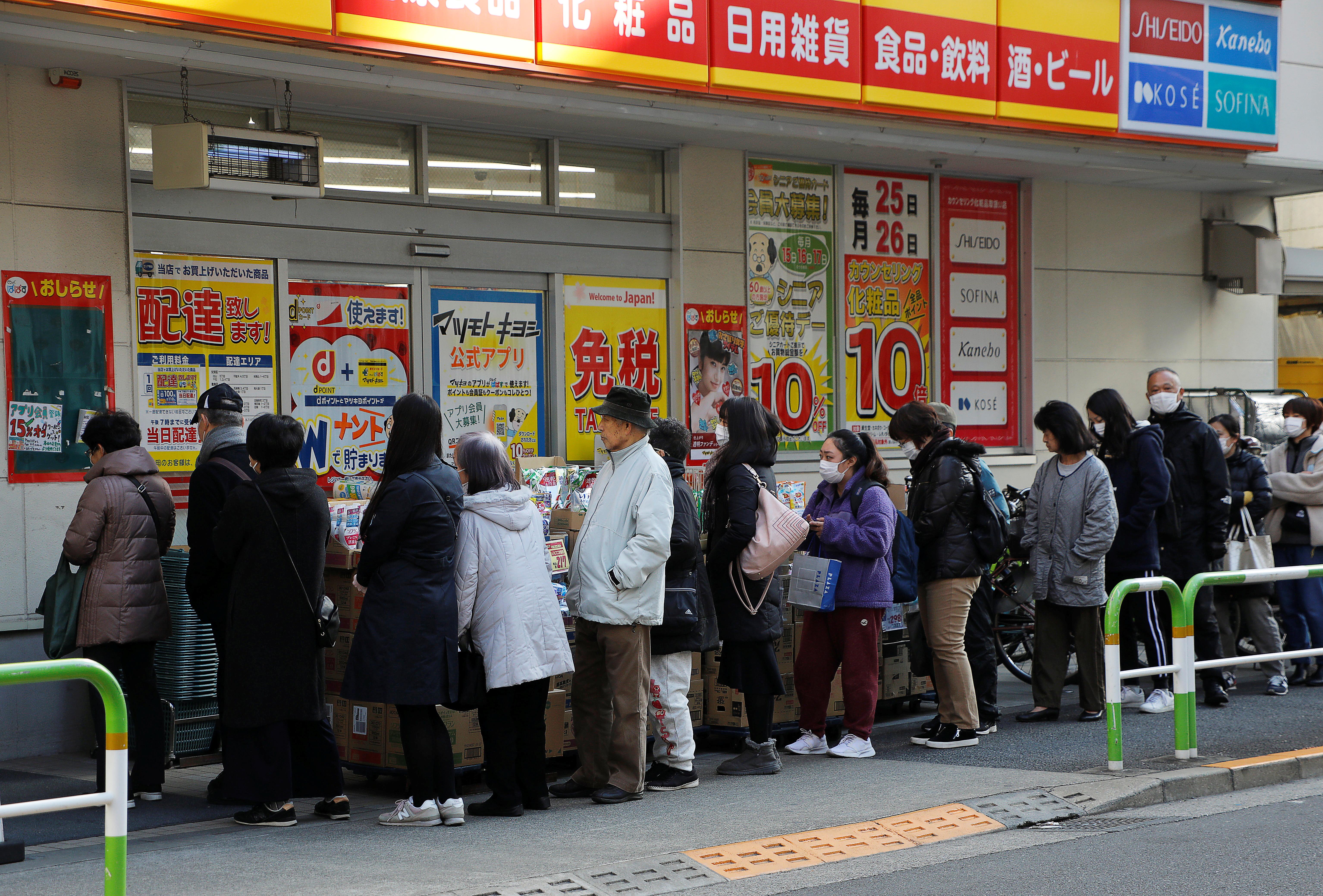 Share prices were on track for the worst week since the global financial crisis in 2008 as virus-related disruptions to international travel and supply chains fueled fears of recession in the United States and the Euro zone.

The U.S. stock market fell into correction territory with the benchmark S&P 500 index down more than 4% on Thursday, extending a market rout that has now sliced more than 10% off of its closing peak on Feb. 19.

“Markets are voting and saying they think the U.S. is on its way to recession,” said Chris Rupkey, chief economist at MUFG in New York.

“And frankly at this stage after the coronavirus-related slowdown in travel plans that has busted the global supply chain apart, it will be a miracle if we avoid a recession.”

But with new infections reported around the world now surpassing those in China, World Health Organization (WHO) Director General Tedros Adhanom Ghebreyesus said even rich nations should prepare.

“No country should assume it won’t get cases, that would be a fatal mistake, quite literally,” Tedros said, pointing to Italy, where 17 people have died in Europe’s worst outbreak.

In addition to stockpiling medical supplies, governments ordered schools shut and canceled big gatherings, including sports events, to try to halt the spread of the flu-like disease known as COVID-19.

In Europe, France’s number of reported cases doubled, Germany warned of an impending epidemic and Greece, a gateway for refugees from the Middle East, announced tighter border controls.

“We have a crisis before us. An epidemic is on its way,” French President Emmanuel Macron said.

The number of people who tested positive for the illness in Italy increased by more than 200 to 650. Germany has about 27 cases, France around 18 and Spain 15.

Tedros told reporters in Geneva that Iran, Italy and South Korea were at a “decisive point” in their efforts to prevent a wider outbreak.

U.S. investment bank BofA cut its world growth forecast to the lowest level since the peak of the financial crisis, and ratings agency Moody’s said a coronavirus pandemic would trigger global and U.S. recessions in the first half of the year.

There is particular concern over a case in Japan in which a woman tested positive for the virus for a second time. Second positive tests have also been reported in China and could imply contracting the disease does not confer immunity.

Scientists warned that much remains unknown about the virus, including how long it can survive on surfaces.

Hong Kong quarantined a pet dog of a coronavirus patient after it showed “weak positive” results for the virus, even though it did not have any symptoms. Further tests would be conducted to confirm if the dog had been infected.

U.S. Centers for Disease Control and Prevention (CDC)director Robert Redfield said the agency was evaluating how long coronavirus could be infectious on surfaces.

“On copper and steel its pretty typical, it’s pretty much about 2 hours,” Redfield told a House of Representatives hearing. “But I will say on other surfaces – cardboard or plastic – it’s longer, and so we are looking at this.”

He said infections contracted from surfaces rather than through the air could have contributed to the outbreak on the Diamond Princess cruise ship in Japan, where about 700 passengers and crew caught the disease.

Japan is scheduled to host the 2020 Olympics in July but the head of the WHO’s emergency program, Dr. Mike Ryan, said discussions were being held with organizers about whether it should go ahead.

The coronavirus has played havoc with global aviation and tourism as airlines cancel flights, countries ban visitors from hot spots and nervous passengers put off travel.

California-based Facebook Inc (FB.O) said it would cancel its annual developer conference and Microsoft Corp (MSFT.O) followed suit by withdrawing from a gaming conference scheduled for next month.

The WHO’s Ryan said Iran’s outbreak may be worse than realized. It has suffered the highest death toll outside China, with 26 dead, suggesting there are likely many more cases than the 245 reported, which includes some senior officials.

U.S. intelligence agencies are monitoring the global spread of coronavirus, including in Iran and India where only a few cases have been reported, sources familiar with the matter said.

The virus has so far mainly battered China, causing nearly 80,000 infections and almost 2,800 deaths, according official Chinese figures. It has spread to another 46 countries, where about 3,700 cases and 57 deaths have been reported, according to the WHO.

There is no cure for the coronavirus, which can lead to pneumonia, and a vaccine may take up to 18 months to develop.