On Tuesday, White House officials told reporters that a full investigation is needed to determine whether the virus originated from nature or a lab. So far almost 3.5 million people have died due to COVID-19, according to data from Johns Hopkins University.

Speaking at a briefing, White House senior COVID-19 advisor Andy Slavitt said: “We need to get to the bottom of this, whatever the answer may be.

“We need a completely transparent process from China, we need the [World Health Organization] to assist in that matter and we don’t feel like we have that now.”

COVID-19 was first detected in 2019 in the Chinese city Wuhan in the central Hubei province.

In March last year, the WHO published a report jointly with Chinese scientists on the origins of the virus. 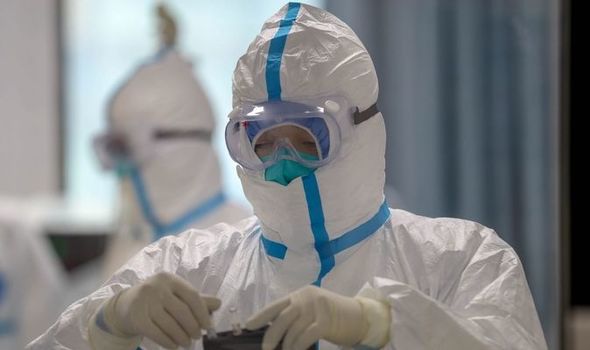 The report said the chances of it having started in a lab were “extremely unlikely” but the WHO did accept that further investigation was needed.

However, the theory that COVID-19 escaped from the Wuhan Institute of Virology is still circulating despite it being dismissed by several medical experts.

On Sunday, the Wall Street Journal reported the findings of a previously undisclosed US intelligence report.

The report claimed that researchers at the institute in Wuhan were admitted to hospital in November 2019 “with symptoms consistent with both COVID-19 and common seasonal illness”, several weeks before China acknowledged the first case of the deadly virus.

During the same briefing on Tuesday, the White House’s chief medical advisor Dr Anthony Fauci explained that while it is more likely the virus went from an animal to humans “we don’t know 100% the answer to that”. 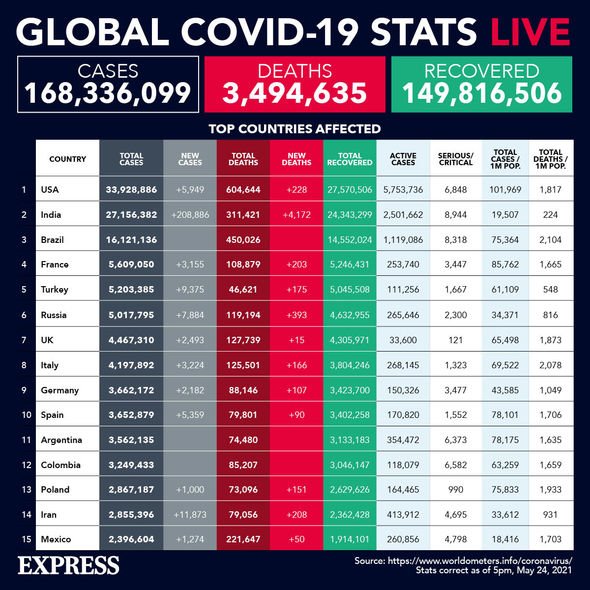 He added: “It is imperative that we do an investigation.”

China has heavily rejected the reports suggesting the virus may have originated from the Wuhan lab.

The WHO has suggested that the virus is likely to have come from an animal host.

But the organisation has not ruled out the possibility that it leaked from a lab.

WHO Director-General Tedros Adhanom Ghebreyesus said: “Some questions have been raised as to whether some hypotheses have been discarded.

“I want to clarify that all hypotheses remain open and require further study.”