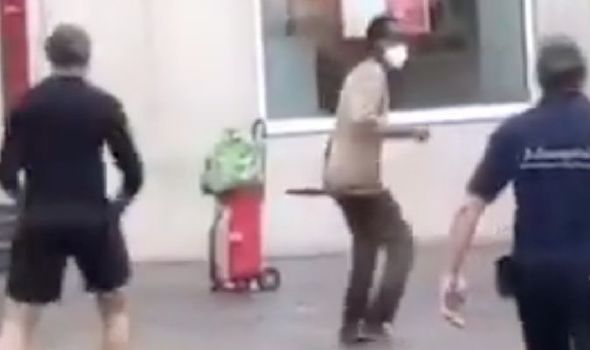 Germany police say a “major operation” is being conducted in the city located north of Bavaria.

Local media have reported multiple people have been stabbed.

At least three people have been killed and six others injured, German newspaper Bild reports.

German police said a suspect has been arrested.

The force reassured the public there is no wider threat to safety.

Lower Franconia police tweeted: “We have arrested a suspect.

“There are no indications of a second suspect.

“There is NO danger to the population.”

Wurzburg has a population of around 130,000 and is located south east of Frankfurt.

This is a developing news story, more to follow.